No Fear For Blinds.com

Jay Steinfeld can’t really tell you where his core values came from. Maybe it was instinctive. Maybe it wasn’t. Regardless, as the years went by, three core values, in particular, became more and more what drove him in life and in business. 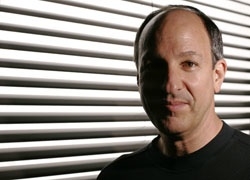 Steinfeld: I wanted to be a pioneer, a leader — I liked to try new stuff. My second core value is experimentation without fear of failure. And the third is continued improvement.

I don’t think I learned those from any one person or book or seminar. I always knew that you couldn’t get anywhere without experimentation and that if you were going to experiment you would have to learn that failure is OK. Of course, you can’t be a pioneer without trying new stuff.

Steinfeld will tell you he had failures here and there, but to him, they were little more than signposts that pointed the way to success.

Steinfeld first started “experimenting” in retail sales back in junior high and high school, which was when he first tried selling things to other people. He sold printed t-shirts to other students. Then, someone told him he needed to really understand the numbers and the financial side of business and so he got an accounting degree from the University of Texas at Austin. After a stint of helping other people become successful as a Certified Public Account (CPA) with the KPMG Peat, Marwick and as finance officer for the Meineke Discount Mufflers chain, he stepped into the void and joined his wife in a drapery and blind showroom in 1986. It wasn’t long after that when he started experimenting with the Internet. To Steinfeld, in 1994, the Internet was not a magic bullet, and like other experimenters he was in for a shock of sorts.

Steinfeld: The drapery business that my wife started was a success already. But the intrinsic value of always striving for continued improvement caused me to look around for ways to grow the business. Of course, that called for experimentation, which came easy for me. There wasn’t any one thing that attracted me to the Internet and said to me this is a huge opportunity. I was just looking for a way to advertise my business. In 1994, I did not sell anything online. The website only cost me $1,500.

We’re talking about an era when few people had cell phones, and email was restricted to those early few that were Internet savvy. And we’re talking about a guy who lived a double life really — a CPA who takes the risk without fear of failure.

Steinfeld: Then, in 1996, I didn’t have the money to do a big catalog. But, I wanted to make fine blinds and drapes a no-brainer for the do-it-yourself market. So we launched NoBrainerBlinds.Com. That site cost me $3,000, and since then I have not put anymore money into the business. There was no shopping cart. People had to enter the product and prices — they had to fill in the blanks. We had to check their math. We thought it would be nice if we could take a couple of orders a day.

Steinfeld’s “No Fear” ecommerce methods involved guerilla marketing, experimenting with search terms and connecting with everyone he could, often times simply telling people in person to go to the website. He got the site up to number one on the search pages and folks started visiting and ordering and the sales chart took a definite upswing. But Steinfeld wasn’t really surprised.

Steinfeld: I had no expectations. So I really couldn’t be surprised.

The primitive nature of the early Blinds.com system, and its experimental germination not withstanding, Jay Steinfeld’s company not only survived the dot-com bust in the late 90s, it thrived. His business model was good enough to attract investors to help him purchase his primary competition. Suddenly, as the new millennium began, his company was closing in on $5 million in sales. He closed the brick and mortar stores and with absolutely no fear of failure took his company totally online. This year, Blinds.Com, will gross more than $50 million as the number one window covering retailer in the world. A reasonable question is how did all this happen?

Steinfeld: I don’t know for sure. But, I can tell you that no one, at least in our industry, focuses on the customer and improving the experience that the customer is getting or who makes it easier to do business with us. We are constantly looking at that. But that is what I did when I had a store. I really don’t operate this any differently — in fact, I think I provide better service now than when I could go to their home.

It all goes back to the core values. Experiment, don’t be afraid to fail, and continue to improve. Steinfeld will tell that on the surface that is what elevated him above the fray. But there is really more to it. If you really want to know what makes Steinfeld successful, it essentially comes down to this:

Steinfeld: You have to know why you’re doing it (starting/running the business). If you are doing it just for money, you’re probably not going to do real well at it. If you take shortcuts to get to something you probably won’t get there. I’m not saying it can’t be done, but I really enjoy the process. I’m not doing it to get rich. Now I’ve gotten rich doing it, but that wasn’t my motivation. You hear people say you should do something you love and things will work out? Well that’s what is happening. I just love doing this. It is my highest and best use — from my accounting and financial background to being really good in seeing spatial relationships and thinking outside the box.

But you don’t even have to be like me, as long as you are willing to try something, try anything, without betting the farm. Eventually, you’ll find a way to do it. Love what you are doing, know you are in it for the long haul, and just keep trying until you find the right formula — nothing is ever going to be right the first time. Oh, and make sure you communicate that to everyone who is with you, so that they are not afraid of taking chances and learning. Make sure you get feedback from everyone you are working with, not only just your employees, but your customers. A lot of people forget about that, they try to push things on customers instead of thinking like a customer. You learn to think like a customer by asking them what they think.

We’re constantly getting feedback from customers and we categorize that information and use it as a guide to understanding what things need to be improved to make it easier for the customer to do business with us. As long as you are providing that kind of value you can wow the customer.

You always have to think about getting better. As long as you are thinking about how you can make things better for the customer and how you can differentiate yourself, then you really don’t even need great products. You are never going to be 100 percent better than anyone else. But if you are a little bit better in everything you do, then people are going to hard pressed to beat you.

Jay Steinfeld is the CEO of Texas-based Blinds.com. The company is expected to do in excess of $50 million in sales this year and is the world’s number one window covering retailer. Jay was the 2006 Ernst & Young Entrepreneur of the Year in the Retail division for Southeast Texas / La.