To cater to an international clientele, multi-currency processing is the way to go. 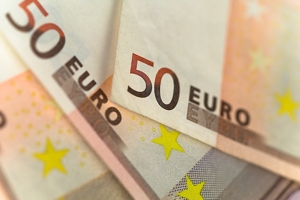 “In addition to Internet usage growing much faster outside the U.S., countries that have the strongest purchasing power are also outside the U.S. – like those in the European Union,” says Melissa Jones, vice president of U.S. Sales and Relationship Management for Planet Payment, an international payment processor. Planet Payment helps banks process multi-currency transactions, as well as helping merchants directly implement the tools they need for multi-currency processing. “International purchasers are able to pay a higher price point these days. Merchants have the ability to reach the basis of consumers in the world where Internet usage is growing, and the ability to reach a customer base able to spend more for each product than a U.S. consumer.”

E-merchants who “want to expand their base outside the U.S. can turn U.K. buyers, for example, into browsers just by showing them what they’ll pay in sterling pounds,” Jones says. “By doing that alone, our merchants have seen a 2 to 25 percent increase in their international sales. By simply adding foreign currency pricing; they’re effectively converting more browsers into buyers because it either looks like it’s in their country, or at least it’s intended for people in that country.”

Some providers require a foreign corporation account in order to get an international merchant account. “With us, you don’t need it,” Jones says. “With us, everything is U.S. based and consolidated on the U.S. site; the reconciliation is very simple and there are no foreign banks involved” — as is the case with most U.S.-based multi-currency processors.

A few dozen shopping carts already calculate currency exchanges, such as the carts certified through USA ePay and one of the first shopping cart services on the Net, Webcart. “The protocol for figuring out multi-currency conversion is not easy,” says Webcart CEO Jason Ciment, taking Practical eCommerce’s call while in Israel cementing a deal to power a new ecommerce portal for the Israel-American Chamber of Commerce. “So if you find a shopping cart platform that can do this, it’s a big deal.”

Webcart also works directly with international shipping providers, including the recent addition of difficult-to-integrate Federal Express, and provides real-time international shipping costs to shoppers. “We now can work with nearly any currency and pretty much any shipping company,” Ciment says. “So the merchants we work with are starting to sell in Russia, Israel, Norway, branching out into other countries now that we’ve got this ironed out.”

The next step is determining how to drive traffic to the foreign currency pricing. Some merchants decide to offer different websites for each of their foreign market sites; others have one home page with country flags.

“The international site can have a different set of graphics, templates, language settings and currency conversions,” Ciment says. “Whatever you have in English, you press a button and create a whole new set of templates – which are then translated [by the merchant] into the new language. The currency is dynamic, so that’s done automatically.” One Webcart client rolled out just two sites: AcnEase.com for the U.S. and AcnEase.co.uk for the U.K.

Meanwhile, “the best way we’ve seen is driving traffic by using geo-IP,” says Jones at Planet Payment. “Based on the Internet protocol address, the system populates the currency based on the [shopper’s] geographical location.”

Whatever the process, online retailers who cater to international shoppers do end up boosting their bottom line, says Jones. And that’s a notion whose time has come: “In the U.S., we’ve been so U.S.-centric,” Jones says. “Now we’re starting to realize that the Internet market in the U.S. is saturated; if they want to expand their ecommerce business they really have to look abroad. We’re at the point where gift cards were in their beginning states…. and look at those now.”