Books, music, software, and consumer electronics have been the mainstay of ecommerce transactions since online sales began. Apparel is now the fastest-growing segment — by growth percentage — in ecommerce thanks to the greater sophistication of shopping tools, free shipping, and more flexible return policies. Shoppers are now more confident about getting the right color and the correct fit, and if they don’t, returns are easy, if not free.

Research firm eMarketer estimates that apparel and accessories will grow by 20 percent, to $40.9 billion this year, up from $34.2 billion in 2011. In comparison, computers and consumer electronics will increase by 16 percent, to $48.6 billion in 2012.

The flash sale phenomenon has certainly created a good deal of excitement in the apparel category and contributed to an increase in purchasing. Online impulse buying is particularly attractive when discounts reach to 50 percent, as they often do. Plus you can watch the clock count down as shoppers compete for the limited number of items available. Flash sales are much more popular among women than men. Females often arrange their day around flash sale starting times.

Flash sale specialist Gilt Groupe, a purveyor of luxury goods for men, women, and children, is expected to file an IPO later this year or early in 2013. It may garner as much attention as Facebook’s IPO. It has more than 5 million members and ships more than 10,000 items a day. Its daily flash sales for women are legendary and its market value is pegged at more than $1 billion, second only to Amazon among ecommerce companies that stock inventory. 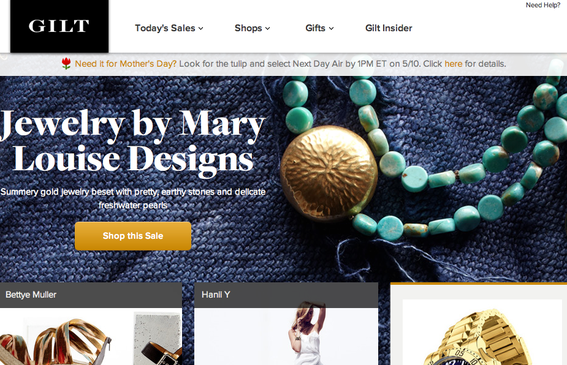 Even Amazon has entered the luxury apparel fray. Its MyHabit site, established in May 2011, is a curated designer flash sale venue that competes directly with Gilt Groupe. MyHabit features models wearing clothes in impressively lifelike animated videos. While Gilt charges for shipping to the customer and for returns, MyHabit ships for free within the United States. Returned items incur a $4.95 restocking fee. 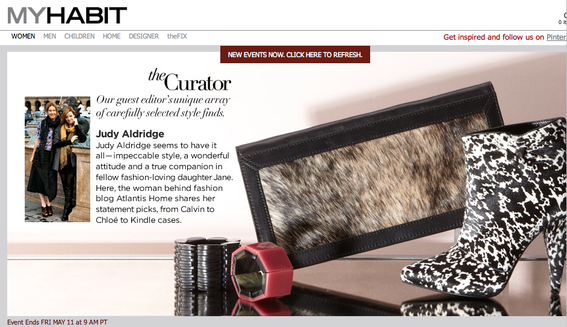 With the economy improving, some luxury apparel sites are augmenting their flash sales with full-priced clothing, because fewer designer clothes are available at discounts. But flash sales are not limited to high-end clothing. Forever 21 caters to teenage girls and young women with clothes and shoes that range in price from $5 to $30. And Make Me Chic does not offer flash sales but has a constantly changing array of items for young women, most under $40. Those who sign up as members receive codes for sale items via email.

As I mentioned in “Behavioral Differences Between Men and Women Influence Shopping,” a previous article here, men like to do research online. But they are also increasingly making their purchases there as well. Chris Ventry, general manager of Gilt Groupe’s GiltMan, told CNBC that the growth rate of men shopping the Gilt site is greater than the growth rate for women, and males are outspending females by 20 to 30 percent.

Earlier this month, digital marketing agency iProspect released a report, “The Affluent Male: What His Online Behavior Can Teach Luxury Brand Marketers,” that estimates that there are 19 million affluent males (with a household income of at least $100,000) over the age of 18 regularly researching and purchasing on the Internet. And the men are spending on themselves, not buying for others. Forty percent of these male respondents shop online at least twice a week and some are spending more than $30,000 a year. Spurring this significant outlay is luxury menswear, which is growing at a rate of 14 percent per year.

The report validates that men prefer to research and buy online, rather than performing research and then going to a retail store for a purchase. As a result, apparel websites that previously sold just to women are adding men’s lines of clothing, shoes, and accessories.

From the Web to the Store

Menswear etailer Bonobos started out five years ago selling colorful chinos online. It was so successful that it branched out into suits, shirts, outerwear, and accessories. In a twist on the usual bricks-and-mortar-to-web story, Bonobos last month signed an agreement to sell its goods in Nordstrom stores. A brand that quickly made a name for itself solely with an online presence, Bonobos will be helping the department store chain with online branding. In February 2011, Nordstorm became the first traditional retailer to acquire a flash sale site when it bought HauteLook, which has over 4 million members, for $270 million. The motivation behind Nordstrom’s investments is that most of the innovation in fashion merchandising is occurring online.

Most of the impediments to buying clothing online have disappeared. While luxury apparel is driving the jump in online apparel sales, better technology and practices like free shipping, easy returns, and exclusive offers for members are available to all Internet apparel vendors.