Too Much Social Media?

Social media can be an excellent way to forge relationships with customers. It can also fall short on expectations of greater traffic or increased sales to an ecommerce site.

I spoke with ecommerce marketing expert Michael Stearns about this topic. Stearns is a and CEO of HEROweb Marketing and Design, an Internet marketing company. His company also developed the MightyMerchant ecommerce platform. Stearns said he works with smaller ecommerce businesses and advises them to utilize social media wisely in order to get the most out of their time investment. 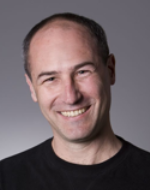 “I’m definitely not a social media naysayer, but a business owner needs to understand the time commitment before diving in and have a specific plan to get the most out of it,” Stearns said.

Stearns said there are two key parts of a successful social media strategy. First, merchants need to be able to devote enough time every day, in addition to the initial set-up time.

“If someone can allocate an hour a day to social media, it would be a good place to start,” Stearns said. “The nature of social media is not only that you’re responding to other users, it’s that you’re having a public conversation. If you think of it as a weekly thing, you’re not going to have that necessary conversation.”

The second key component is having a knack for communicating via social media channels. It’s a gift some have naturally, but it may take more practice for others.

“It’s a different kind of communication than in person,” Stearns said.

Stearns said he advises his clients not to barrage their audiences with product offers. Instead, merchants should post timely information and engage customers at the optimal buying time for their products. He mentioned an example of a merchant selling pond landscaping supplies. This merchant should put a heavier emphasis on social media during the spring months, utilizing photos, video and posting comments in order to help facilitate the sense of community unique to social media.

“You need to give some value to people,” Stearns said. “If all you’re doing is trying to promote your product, that’s not going to build an audience. That’s because of the informal nature of social media.”

Even those merchants who don’t have the time commitment for a full-time Twitter or Facebook presence should bring “social media mindset” to their website, posting humanizing content like photos of the merchant demonstrating the product or an intro video to help customers become familiar with the business.

“You don’t have to be a great writer—just keep your posts short, fun and interesting. I definitely encourage people to invest in a flip camera and put up videos,” Stearns said.

The product niches and categories that have to do with people’s hobbies and passions are naturals for social media. Other products may be important, and merchants might sell a great product line, but they do not generate the same kind of community enthusiasm. A merchant who sells electrical testing equipment might have the best product on the market, but should not be surprised to see a low return on social media.

“Anything where there is a community around those particular topics will work quite well,” Stearns said.