I conducted a roundup of top social media marketing app providers nearly a year ago and much has changed since then. Many have added new features and apps, integrated with popular social networks like Pinterest and Instagram, and developed mobile versions. One even rebranded when a newer version of its platform was launched.

Here is my list of the top 10 app providers for smaller businesses. 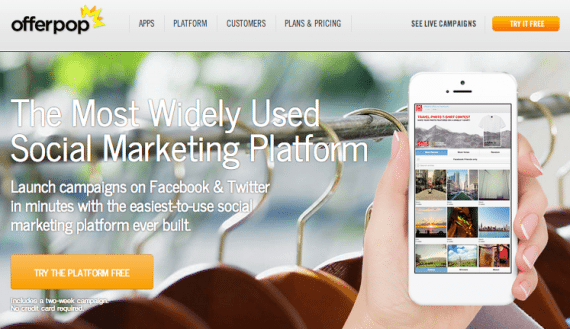 Offerpop started as a platform to run promotions on Twitter.

Offerpop launched in 2010 to help businesses find and engage audiences on Twitter. Later, the company included social marketing on Facebook. The company has 17 apps to allow merchants to run campaigns on either or both social networks. Plans are also in the works to include promotional campaign capabilities for Instagram, Pinterest, and Vine.

One app of particular interest to merchants is Lookbook, which allows products to be showcased in slideshow format as a Facebook app or on the merchant’s website.

Offerpop has free and paid plans, starting at $15 per campaign. 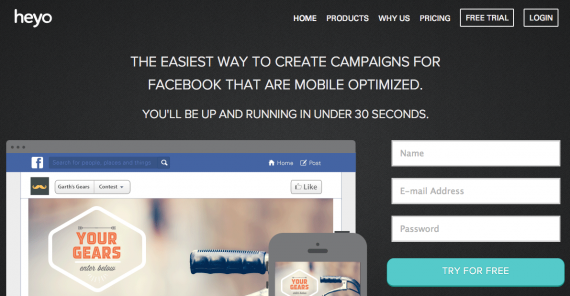 Heyo, formerly known as Lujure, started out to make Facebook Page tabs easier to create. The company recently updated its platform so that apps can run on mobile devices and websites in the form of landing pages, rebranding itself in the process.

Merchants can use Heyo to create contests, special promotions, and deals. Drag-and-drop templates make app creation easier and no HTML knowledge is required.

Prices start a $25 per month. A free 7-day trial is also available. 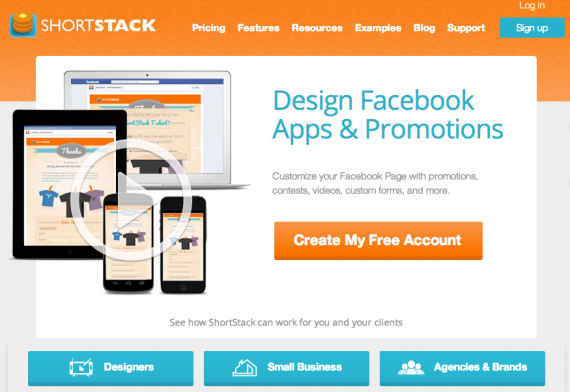 It uses widget-based drag-and-drop technology that allows for design and function flexibility. Merchants can use the platform to run promotions, display a product catalog, show photos and videos, and insert forms for data collection. Some widgets connect directly to blogs, MailChimp, YouTube, Twitter and other social networks. Apps can be embedded on websites to further extend their functionality.

ShortStack has free and paid plans starting at $25 per month.

Also founded in 2010, Tabsite was established to make the job of creating custom Facebook Pages easier and more affordable.

Users can run contests and sweepstakes, collect data via forms, create Facebook Cover images, insert photos and videos, and manage pages. Apps have also been created that integrate with Pinterest and Instagram.

Tabsite offers free and paid plans starting at $10 per month. 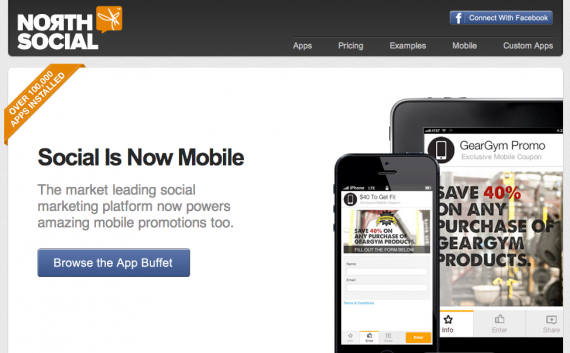 North Social charges based on daily usage rather than monthly.

Another longstanding app provider is North Social, which provides a suite of 21 applications: 18 for Facebook and three for mobile devices. Account holders have access to all the apps.

Similar to the other providers on this list, apps can be used to run contests, deals, and other special promotions. One app integrates with Instagram and allows users to show selected photos, while another can be set up for use as a store in Facebook. Each app comes with integrated sharing and commenting features to help merchants activate and engage fans. 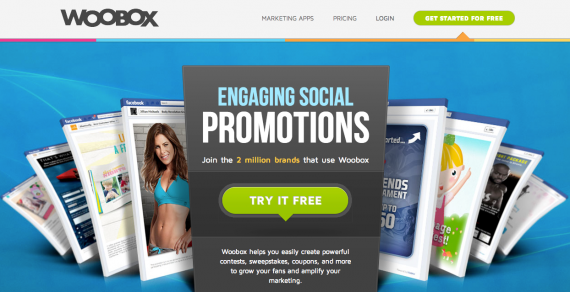 Woobox is one of the more popular application providers.

Used by 2 million brands, Woobox is one of the more popular app providers. It, too, has a suite of Facebook apps that include polls, deals, coupons, video contests and more — 15 all together. Three of its apps are for Pinterest and Instagram.

Both free and paid plans are available. Pricing is based on the number of Facebook fans a company has on its page and start at $1.00 per month.

Arecent entry to the social media app scene, Chirpify started as a way to use Twitter for commerce, but has expanded to include Facebook and Instagram.

Chirpify’s business model has changed since its inception and now operates through the use of hashtags, which the company refers to as “actiontags.”

Merchants set up a campaign by defining a unique hashtag for use in posts on social channels. Customers participate or transact simply by posting or replying using the hashtag. Chirpify collects posts that use the hashtag and automatically gathers data or processes transactions. 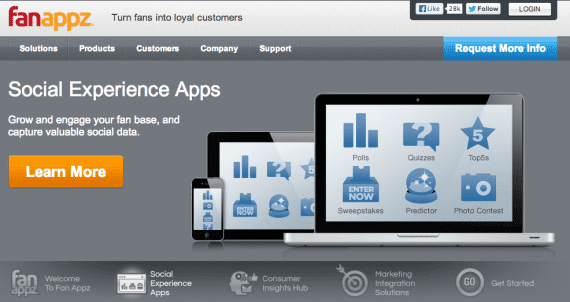 Fan Appz refers to its platform as “Personalized Marketing” that is designed to increase Facebook engagement and convert fans into customers. 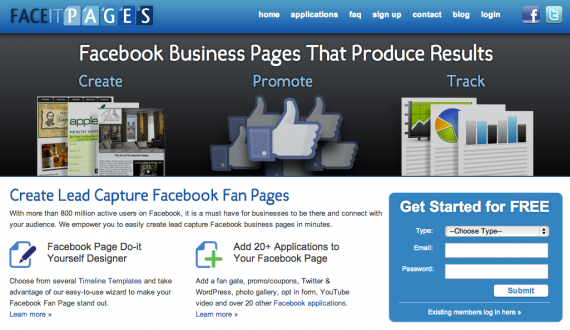 Pricing starts at $29 per month for use on up to six pages.