In “Ecommerce Companies Snag Venture Capital,” I discussed several ecommerce firms that recently received venture capital funding. Most of them were ecommerce infrastructure providers. I was curious to find out if VCs prefer business-to-business infrastructure companies to consumer-oriented shopping sites. The good news: The VCs we interviewed see ecommerce of as a positive opportunity, with a few caveats.

The bleak macro-economic environment seems not to be affecting VC investments. However, one marked change from the overheated market of the 1990s when VCs would fund concepts is that ecommerce businesses have to be operational and able to show consumer interest to be seriously considered for funding.

What VCs Look For 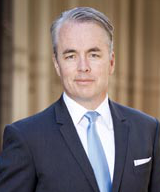 “The website has to be up and running and must be generating revenue; if not, you have to be extraordinary for some other reason,” advises Lawrence D. Lenihan Jr., managing partner at FirstMark Capital. FirstMark participated in the recent series B funding — as well as the series A round — of Shopify, an ecommerce platform provider. According to Lenihan, “We want to be the first institutional investor in. It gives us a chance to work closely with the entrepreneur from the outset. We want to bond early. We are expensive money but we work to make it worthwhile.” As it did with Shopify, FirstMark Capital will do follow-on rounds with a company it funded initially.

Some venture capital firms do prefer to invest in ecommerce software. For example, Foundry Group takes a thematic approach to investing; its investment focus is software and the Internet. “We much prefer software to shopping sites,” admits Brad Feld, managing director at Foundry Group, which funded game developer Zynga. “If you look at our theme you’ll see that we like the horizontal software layer, rather than the vertical application layer.” Like FirstMark Capital, Foundry Group likes to invest in the first round. “We are an early stage investor so typically we are investing at seed and series A rounds. If a company has raised more than three million dollars, it’s probably too late for us.”

Lenihan much prefers manufacturers and brands that sell directly to consumers, versus retailers that sell many different brands. He states, “I am very negative on third-party commerce sites. There’s no differentiation. They tend to compete on price. The biggest opportunity in ecommerce is a brand that can go direct to customers.”

Most venture capital firms use the same investment criteria for ecommerce firms as they do for companies in other industries. The main criteria mentioned by the firms interviewed are:

An example of “unfair” — or, competitive — advantage is BeachMint, which works with celebrity endorsers, who site visitors trust. 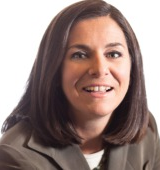 Nakache notes that business models for ecommerce infrastructure sites and shopping sites are radically different. Infrastructure sites are now mostly on a software-as-a-service (SaaS) model, while direct-to-consumer sites are transactional. (Trinity has funded ShopIgniter, a SaaS solution for social commerce.) While infrastructure sites require more business-to-business sales cycles to gain traction and it takes time to build a sales force, direct-to-consumer shopping sites can scale more quickly. “Software has to have technology defensibility. For a shopping site, defensibility is built around how well a company executes,” says Nakache. “It is definitely easier to be copied [by competitors] in the direct-to-consumer shopping space, but we are actively looking for ecommerce companies to fund.” Sixty to seventy percent of Trinity Ventures’ investments are in series A.

Lightspeed Venture Partners looks for good company visibility, and low customer acquisition costs relative to the lifetime value of a customer, according to Jeremy Liew, managing director, who also stressed the importance of frequency of repeat purchases. Lightspeed has invested in Blue Nile, menswear seller Bonobos, Zynga, and PetFlow, a seller of low-priced, low-margin, pet food that has a robust repeat business.

“Not every entrepreneurial opportunity is a venture capital opportunity,” warns FirstMark Capital’s Lenihan. “There are companies that can make their owners a nice living but they are not venture backable. We are looking for a real breakout.”

Having a viable business does not necessarily mean scaling large. “What I think has happened over the last few years it that it has become very inexpensive to launch an online business, especially an ecommerce business. You can try out a store relatively inexpensively, usually out of a spare bedroom. Inventory is the only cost,” says Lightspeed’s Liew.

He recommends, “First launch with funds from friends and family or bootstrapping and if you can demonstrate demand and merchandising expertise, it is much easier to raise series A than just coming in with a business plan.”

The current economic conditions apparently do not affect ecommerce investment that much. Nakache says that Trinity Ventures is still very active in series A funding. Her one concern is that valuations have skyrocketed over the past year. 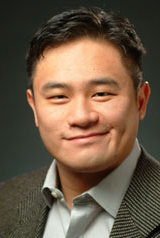 Liew says because the average time from investment to exit is seven to eight years, the current economic environment is immaterial. Comparing the economic situation of twelve years ago with today, he suggests that it is not the macro-economic climate that is the key but the reduced cost of technology. “The cost of technology has been cut by 90 percent. In 1999 you would need millions of dollars to set up a store, find a host, buy ads and hire people. Now you set up a store on Yahoo! for just a share of revenues; you don’t have to hire people, and Google and Facebook offer pay for performance advertising that is much cheaper than expensive TV and radio ads.”

However, the ease of setting up an ecommerce site means that differentiation is totally dependent on execution. But as Liew points out, it’s a good time to buy cheap advertising that can ramp up customer acquisition. And Liew is optimistic. “Ecommerce is one of the biggest growth opportunities today.”