How to Find Venture Capital Investors For Your Company

If you have a great idea for a start-up — or if you have an existing business that needs money to grow — the main options are to borrow from friends and family, borrow from a bank, or seek equity funding from a venture capital firm. Banks are skittish about lending to small businesses in the current economic climate. And if you need more than $100,000, borrowing from your friends and family is not likely an option.

While venture capital funding availability has decreased since the boom years in the late 1990s, if you have a solid product or idea you can still attract a VC investor. Before you embark on searching for venture capital (VC), consider that the firm becomes a part owner, not a creditor, and wants long-term revenue. Most VCs are limited partnerships that have a fund of pooled investments. They vary in size from boutique firms that manage a few million dollars to VCs that have billions of dollars invested in companies worldwide. They usually take preferred stock in the company and want at least one seat on the board of directors. They sometimes want the CEO position if they believe that existing management needs bolstering. 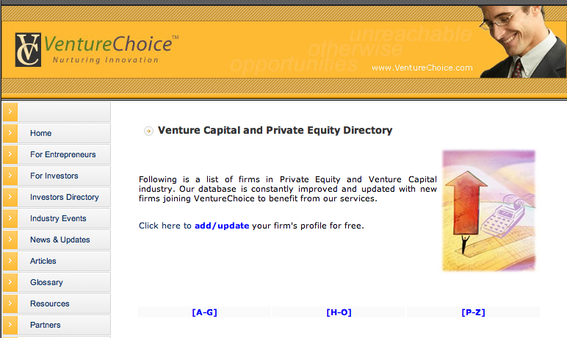 Can You Let Go?

Generally, VCs want to get a return on their investments in five-to-seven years. So you will need to think about an exit strategy at the beginning of the discussion. VCs need to provide a return to their limited partners and move on to the next investment opportunity. You will have to either sell or merge your company or go public. Either way, you will be relinquishing some or all control. If this is something you feel you cannot do, look for a different funding option.

Venture capital firms typically look for deals of at least one million dollars and most prefer an initial amount between three and five million dollars. They may invest another three-to-ten million in future rounds. If you need less than one million dollars, other resources — such as micro-financing sources, investments from a strategic business partner or customer, or angel investors — could be good alternatives.

Just as the VC firm evaluates your business, you should assess potential investors. Do they have a long-term record of success? Do you feel comfortable with their personalities and approach to business? Remember, one of these people may take an operational or management role in your company and you may spend years working together. So a good fit is imperative.

A directory of VC firms by state can be found at Gaebler.com’s Resources for Entrepreneurs. An alphabetical venture capital list is at VentureChoice. The websites of individual VC firms will tell you what industries are in their portfolios and how much they invest and at what stage.

The bad economy is causing jitters in the investment community. Mark V. Cannice, a professor at University of San Francisco, conducts a quarterly survey of Silicon Valley VCs and publishes “Silicon Valley Venture Capitalist Confidence Index” in PDF form. That index has declined considerably since from the first quarter 2011 to the second. 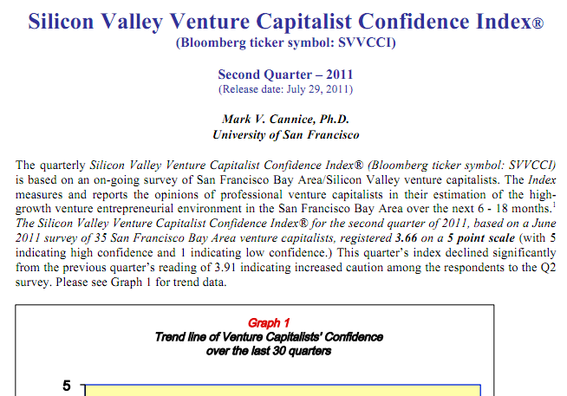 The "Silicon Valley Venture Capitalist Confidence Index" — published as a PDF — declined for the June 30, 2011 quarter-end.

However, good news exists for established small businesses. Joe Mandato of De Novo Ventures — a VC firm — told Cannice, “Funds are reluctant to commit to early stage deals and many are altering their investment objectives and are looking for later stage deals.”