A recent New York Times story profiled a merchant that sold leather Kindle cases on Amazon. The merchant, according to The Times, then sent letters to its customers offering a free case if the customers posted a review on Amazon. The story created a firestorm of angst concerning reviews and their legitimacy.

Consumer product reviews, by most any measure, drive sales. But what happens if a review has been paid for, such as the case in The Times’ story? Is that review fake or not trustworthy?

We asked that question, and more, to Pehr Luedtke. He’s CEO of PowerReviews, a leading product review platform.

Practical eCommerce: A story came out in The New York Times a couple of weeks ago. It profiled a company that offered free merchandise to its customers if they posted a review on Amazon. What is your opinion of that practice? 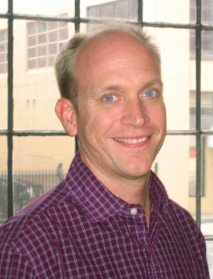 Pehr Luedtke: “As consumers, we are all faced with a request — ecommerce or outside ecommerce — for positive reviews of merchants or services. I was getting my car serviced a couple weeks ago and on the way out the service mechanic said ‘I’d love to have your 5-star review on service today and if you’re not comfortable with giving that, let me know right now.’

“I think it’s absolutely fine for merchants to request a positive rating. But, it’s up to customers to decide whether or not they want to review the product first, and secondly what sort of rating they want to provide. What the merchant or service provider does with those reviews is most important. What we’ve found in our research is that credibility for the brand goes up when they post both positive and negative reviews. Ultimately that varied perspective of the product or service drives higher conversion.”

PEC: Most of us, as consumers, would consider a review differently if we thought the reviewer was getting compensated for it. Is that a fair statement?

PEC: So in the instance of The Times’ story of a company that allegedly gave free merchandise for its reviews, does that trouble you?

Luedtke: “Well, it’s unclear whether the free product was dependent on a 5-star rating or not. I think the real take away from the story in this example is that the customer is really in charge and merchants trying to somehow go against this tide of social and the power of the crowd ultimately is the one who gets harmed most. What the story shows is that you have to be consistent with the brand proposition and the real strength or the lack of strength of your product and be able to stand behind that.”

PEC: Is there such a thing as a “fake” review?

Luedtke: “I am not sure if there is such a thing as a fake review. There are certainly reviews that are not credible. What we do at PowerReviews — and this is similar with other review platforms — is we have a team of moderators in the U.S. who are highly qualified online shoppers themselves, who will look at every review before it goes live on the site to determine whether or not it is suspicious, whether it seems like there is false information, whether there is spam or profanity, whether there is suspicious marketing content that could either come from that company or a competitor. Then we also offer our customers the ability to moderate reviews sort of on a second level before they go live. So we have infrastructures in place to prevent suspicious reviews or slanderous reviews from going live.”

Luedtke: “That will be an inappropriate review. Yes.”

PEC: Should an ecommerce merchant ever compensate a customer in some way for a review?

Luedtke: “It is up to retailers on how they want to create incentives to drive review creation. We’ve had examples of customers [i.e., retailers] providing free shipping or some sort of incentives to create additional content and their customers respond in various levels, based on the brand, with additional feedback. What is most important here is how the retailer handles the product reviews themselves.

“Back to my earlier point, it is just essential that the retailer put all of the good and the bad about the product on the product page to provide the consumer with a balanced prospective.

“And if you think about the retail P&L [i.e., profit and loss statement], the last thing you want is sell a bunch of products that are actually not great because then you get massive return rates and that is crushing profits.”

PEC: Following up on your answer about the appropriateness of paying for a review, is it fair to say that paying for all reviews — good and bad — would be one thing, but paying for just positive reviews is another. Is that it?

Luedtke: “Yes. But we have 5,500 websites that we power and I have no direct experience — nor have I heard — of a retailer paying just for positive reviews. Now, the word ‘paying’ is also interesting here. What does that mean? Are there monetary incentives? Are there sort of gaming incentives? Do you want to create additional loyalty and engagement? All of that stuff is very beneficial for the brand. As long as it is not contingent on writing a positive review and there isn’t some sort of punitive damage for writing a negative review. This world is too smart. You will end up in The New York Times with a massive negative press story.”

Listen to the complete audio interview with Pehr Luedtke.

Luedtke: “The first thing we suggest is sending out a follow up email to all of your customers and asking them, in a very non-marketing way, to provide feedback. This is typically 21 days after the customer receives the product, once they’ve had a chance to use it and develop a very informed impression — good or bad. That is probably the most important thing.

“If you don’t have a great response to your first email, send an email again three weeks after that to ask the customer to provide another piece of feedback, if he or she was not ready after those first three weeks. That is probably the most important thing: a timely follow up email and an email that is actually seen as purely feedback — rather than a marketing email.”

PEC: Going back once more to The New York Times story. If PowerReviews had a retail customer that paid for positive reviews, what would you do?

Luedtke: “First of all, we would certainly never encourage nor suggest any sort of pay for performance type program. All of our customers receive a consistent message, which is what I talked about earlier, send a follow up email and make sure it’s a request for feedback and not a marketing email. We work with lots of clients to determine the best way to determine some sort of additional loyalty or engagement or a way to create some sort of light incentives to create feedback content — positive or negative feedback. But we would never suggest sending out some sort of compensation based on the star rating of the review itself.”

PEC: What would you do if it happened? If you knew that a positive review was paid for — I know you wouldn’t suggest it or encourage it — what would you do?

Luedtke: “What we would do with that customer is this. First of all, we would never implement it [the review]. Second, if we found that it was happening we would take it down immediately. Third, we would make sure that, with the marketing department, they would communicate broadly to their customers that they would never do this again. Again, our footprint is enormous with 5,500 customers. We have never come upon this before. I don’t expect it to happen.”