The Yahoo! small business services unit, which includes the hosted ecommerce platform used by thousands of online merchants, may soon be sold, clearing the way for Yahoo! to focus on its core businesses, according to published reports.

News that Yahoo! had garnered some interest for the unit from corporate buyers was first reported in a Reuters article on the 22nd of September, and was soon the buzz at the National Retail Federation’s Shop.org Summit in Las Vegas.

“I am surprised that they would be getting out of the ecommerce space when so many other companies are trying to get in,” said a Shop.org Summit attendee who believed that ecommerce was one of the brightest spots in the current recession, adding that several new companies had released shopping carts or ecommerce platforms in the past year.

According to the Reuters article, Yahoo! was asking between $350 and $500 million for the unit, but might consider a lower sale price if the divestiture was considered to be a strategic move. Yahoo! recently sold its stake in China’s Alibaba.com for $150 million, and is reportedly also seeking to sell HotJobs and Zimbra, two other non-core units.

The Sale Is Not Confirmed

Yahoo! has not confirmed the report, and so officially the sale is only supposition. Furthermore, until any sale becomes final, it is impossible to predict how that sale might affect merchants using Yahoo!’s platform. But it is likely that some merchants will seek other platforms over concerns that the platform might change significantly.

Yahoo! At the Center of People’s Online Lives

On the same day that Reuters released its article, Yahoo! announced a new global branding campaign focused on asserting Yahoo!’s “place at the center of people’s online lives.” The campaign would focus on how Yahoo! is both simplifying and enhancing web experiences. 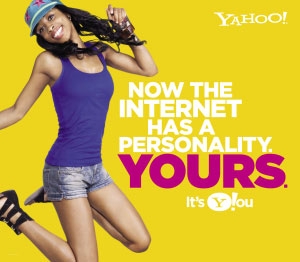 “Our vision is to be at the center of people’s online lives–to be at the place where their world meets the larger world,” said Elisa Steele, Yahoo! executive vice president and chief marketing officer, speaking at the IAB MIXX Conference and Expo in New York City. “Our new branding will focus on people–the power and promise of ‘you.'”

“This is much more than an advertising campaign,” added Steele. “It’s about how Yahoo! delivers its promise to the market in everything we do. Our brand strategy shows our commitment to delivering personally relevant online experiences.”

Some at the Shop.org show believed that the branding campaign, along with other sales, was evidence that Yahoo! was headed in a new strategic direction.