One of my clients received complaints recently from site visitors about product images not getting displayed. When I researched the issue, it turned out that a popular ad blocker was causing the problem. We reported the issue to the ad-block developer, and he fixed it. But in reviewing the ad blocker behavior, I realized it was also blocking Google Analytics.

Here is one way to check if ad blockers affect your analytics package, and other tracking scripts, from accessing your site.

How Big Is the Problem?

To investigate the scope of the problem, I recently convinced clients and friends to participate in an experiment. I wrote a simple piece of JavaScript that fires one of two 1×1 pixel images depending on whether Google Analytics was loaded or not. Then, I asked the clients and friends to install one line of JavaScript on the footer of their sites. In a couple of weeks, I have measured around 210,000 unique visitors.

The results have been surprising.

I grouped the participating sites into B2C, B2B, and travel. The travel sites are in the U.K. All of the sites reported Google Analytics blocking. Jason Packer, from Quantable, found a bigger share of blockers in Europe than in the U.S., with more blocking on desktop computers.

After the U.K.-based travel sites, our B2B clients saw the second-highest blocking, at 36.76 percent. B2C sites — mostly in the apparel and luxury goods industries — saw the smallest ratio of blocker usage, at 13.47 percent. 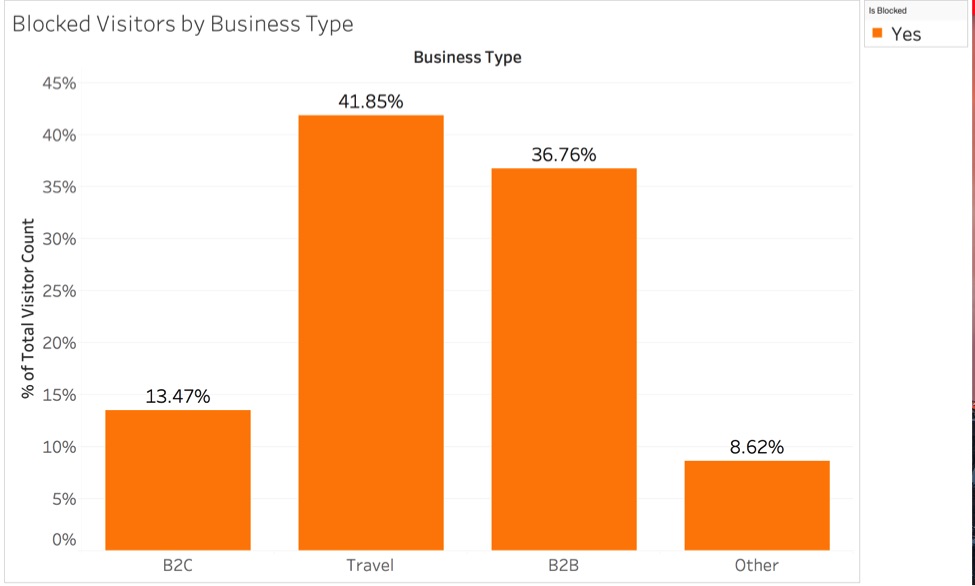 Next, we looked at where the blocking visitors were coming from, and found the U.K. and U.S. as the top countries with analytics blockers.

To be sure, blocking Google Analytics does not directly impact ecommerce sales. As long as visitors can complete their purchases, sales will not be affected.

But the broader issue for ecommerce merchants is the ability to make the best decisions to improve marketing and sales performance. If, say, 11 percent of your traffic from advertising is not reported, your performance reports would be incomplete, which could affect your budget decisions.

I’ve found a two-step solution for addressing the ad blocker. The steps expand on Jason Packer’s work and his source code. If you prefer a pre-made solution, my company has developed free tools that will help.

The first step involves detecting if Google Analytics script loaded. One simple way to do this is to check if the JavaScript object “ga” exists and is valid. You do this using Chrome Developer Tools > Console tab. Type “ga” and if Google Analytics loaded, you should see something like this:

However, if you activate uBlock Origin, refresh the page, and type “ga” again, you will see something like this:

To learn what percentage of your visitors are blocking Google Analytics, get the script to fire one of two 1×1 pixel images: one when it loads, and another when it doesn’t.

Use this script as a starting point. 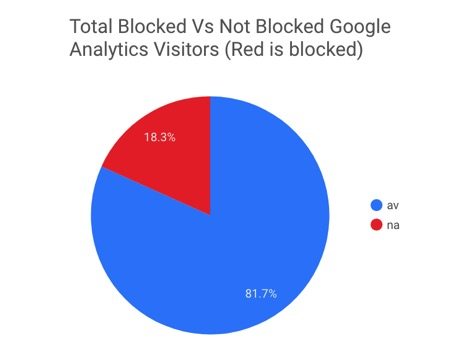 By uploading the access logs to the images to Google BigQuery, the author produced simple pie charts in Google Data Studio.

Let’s develop the initial script a bit further. This code requires jQuery and Fingerprintjs2 from https://github.com/Valve/fingerprintjs2.

Place the script on an external file, and load it asynchronously using:

This will avoid page time issues.