Amazon’s 2018 Prime Day event got off to an inauspicious start at 3 p.m. Eastern time on July 16 when eager shoppers received error messages due to overwhelming site traffic. The problem lasted about two hours. 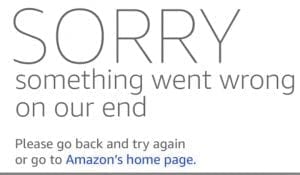 Even shoppers who were lucky enough to place items in their shopping carts had trouble checking out. 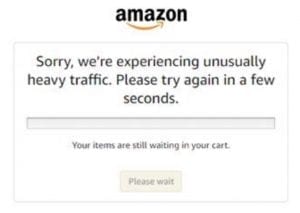 Even checking out produced glitches early on.

Analytics provider One Click Retail estimates that Amazon lost $1.2 million in sales per minute of downtime. Nevertheless, sales set a record for Prime Day, which lasted 36 hours this year — six hours more than 2017. Amazon does not provide sales figures for Prime Day, but Dana Telsey of the consulting brokerage firm Telsey Advisory Group estimates total sales of $3.5 billion for the 36 hours compared to an average daily volume of $1.1 billion.

According to ecommerce research company Edison Trends, nearly twice as many orders were received — and over twice as much money — in the first hour of Prime Day compared to the previous hour. Peak buying occurred at roughly 3 p.m. Eastern time.

Electronics have always been the area with the deepest discounts and the most sales on Prime Day. This year was no different. Amazon said it sold millions of Alexa-enabled devices with discounts ranging from 30 to 50 percent. Twenty-three percent of all products sold were electronics, compared to 11 percent for the average of the previous 30 days. 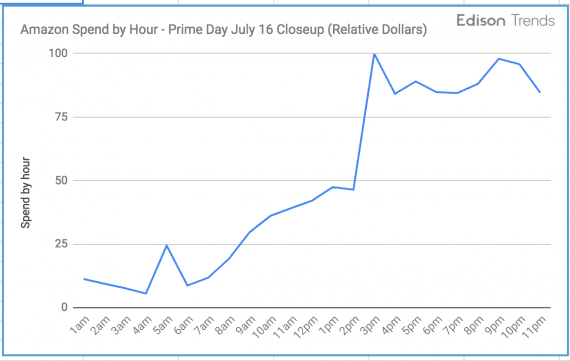 Amazon provided the following data in a press release.

Across the world, the most popular items differed substantially. Consumer electronics nabbed the top spot in most of Europe while household goods were top sellers elsewhere. Laundry detergent garnered the most sales in Japan and Mexico while in China an electric toothbrush was what consumers purchased the most.

Amazon can offer deep discounts because it has expanded the number of private labels across many product categories although apparel is a particular focus. The company now has over 80 private labels compared with less than 40 last year. Private label deals were prominently featured on landing pages.

Prime Day has now become such a popular event that other merchants can leverage it for their own sales. In a press release, Target touted its one-day summer sales event — which occurred on Prime Day — as being the highest single day of online traffic and sales of 2018.

Target said its physical stores would fulfill 90 percent of Tuesday’s Target.com orders, which means that shipping costs are not much of an issue. In its marketing, Target also emphasized that no membership fees were required, while Amazon’s Prime Day is limited to Prime members. Best Buy, eBay, Macy’s, Nordstrom, and Walmart also offered special deals on Prime Day.

Amazon’s principal goal of Prime Day was to amass more Prime members. Worldwide, there are about 110 million members, but the growth rate has slowed, especially in the United States. Member fees alone generates a hefty amount of money for Amazon even though membership in foreign countries costs considerably less than the $120 that Americans pay annually. For instance, in India the annual Prime fee is about $15. In China the annual fee is about $58, and in Europe the fee ranges from $60 to $90.

The publicity that Prime Day generates in conjunction with discounts gives Amazon an opportunity to acquire new members in countries where consumers might not otherwise join.