“Ecommerce Briefs” is my occasional series of news and developments from online merchants. In this installment, I’ll address the continuing omnichannel wars between Walmart and Amazon as well as some interesting moves by Target in its efforts to increase share in the ecommerce arena.

In one of the more interesting partnerships, Walmart and high-end department store Lord & Taylor announced in November that Lord & Taylor’s merchandise will debut on Walmart.com in spring 2018. Lord & Taylor will have a dedicated “flagship store” on the site as well as retain LordAndTaylor.com.

Will Walmart customers buy high-end fashions? Probably not. Prices and styles are at the opposite end of the spectrum from what is in Walmart stores and on its website. While Walmart has acquired other high-end online clothing retailers — Bonobos and ModCloth for instance — the apparel of those retailers is sold only on their own websites and on Jet.com.

Hudson’s Bay Company, the Canadian firm that owns Lord & Taylor, has sold the flagship Fifth Avenue store to the office space start-up WeWork for $850 million. In 2019 WeWork intends to locate its New York headquarters in the space, with Lord & Taylor planning to keep about 150,000 sq. ft. of retail space on the property.

In other news, according to The Wall Street Journal, Walmart has told its technology vendors that use Amazon Web Services to find another cloud vendor or risk losing Walmart as a customer. Walmart does not want its data managed by Amazon.

The price cuts that Amazon instituted after acquiring Whole Foods have disappeared. Prices have been increasing since September, according to research firm Gordon Haskett, as reported by Business Insider. While lower prices on produce have been maintained, quality has not.

Shoppers interviewed by Business Insider reported that produce quality has gone down at Whole Foods since Amazon acquired it. Shoppers said the produce is bruised, discolored, and rotten. Some items are no longer on the shelves. The grocery chain has stated that its suppliers have not changed. If Whole Foods cannot maintain the quality it is known for, it could lose customers who were willing to pay a premium for quality and taste.

In early December Amazon launched its long-awaited Australian subsidiary. Amazon sellers in Australia previously had been hampered because Amazon did not have a warehouse in the country. Now a large distribution warehouse on the outskirts of Melbourne serves Australia. Amazon will offer free shipping nationwide for purchases over A$49.

According to The Australian newspaper, shoppers are reporting higher prices than both the U.S. website as well as local online merchants. Additionally, shipping delays from 23 to 45 days are occurring, missing Christmas delivery.

One of the bigger winners in the ecommerce arena this holiday season, Target recently announced the purchase of same-day grocery delivery startup Shipt for $550 million. Target plans to offer same-day delivery to about 900 stores by summer 2018, adding more stores by the 2018 holiday season. 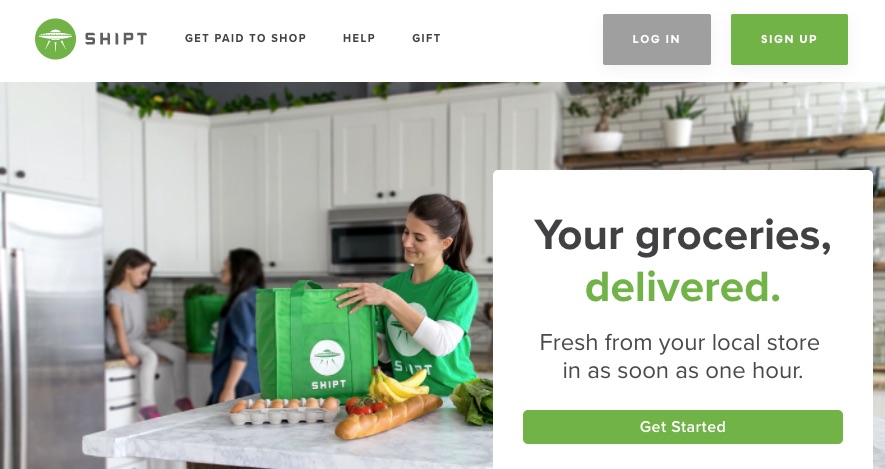 In acquiring Shipt, Target plans to offer same-day delivery to about 900 stores by summer 2018.

Initially only for grocery, household goods, and electronics, Target’s same-day delivery will expand to all its products by the end of 2019, according to the company. Shipt, which charges $99 annually for unlimited deliveries, allows members to order groceries online from various supermarkets and then sends one of its 20,000 shoppers to pick up and deliver the goods.

Shipt will be an independent subsidiary. It will continue to offer its services to other retail stores, including existing grocery customers such as Costco, Kroger, and Publix. However, these three players may terminate their relationship with Shipt and find other shipping alternatives.

For the month of November, Target saw its online sales increase 44 percent over the same period last year, according to Slice Intelligence. That is the largest rise among 10 major online retailers.

France’s Unibail-Rodamco purchased Australian mega mall operator Westfield, which owns malls in Europe and the United States. The $25 billion acquisition ($15 billion cash plus $10 billion debt) of the 35 U.S. malls with 6,500 retail outlets — plus malls in Europe — will make Unibail-Rodamco the world’s largest shopping center operator. While mall closings are expected to continue, Westfield has mostly “A” rated malls that are less likely to shut down.