Social platforms are key marketing channels for ecommerce sellers. Among those channels is Reddit, which is chock-full of reviews that attract shoppers.

I addressed last month the benefits of Reddit to online sellers, describing five of my favorite ways to engage with members of the platform.

In this post, I’ll profile a few brands that use Reddit successfully, spreading awareness and driving traffic to their sites.

We know this because we see that the moderators have pinned “Microsoft: Official Support Thread” at the top of the community board. We also see Microsoft mods pinning notices of special events.

The customer service shows Redditors that Microsoft is listening to them and wants to solve their problems. Microsoft also has a popular subreddit community for Xbox 360. 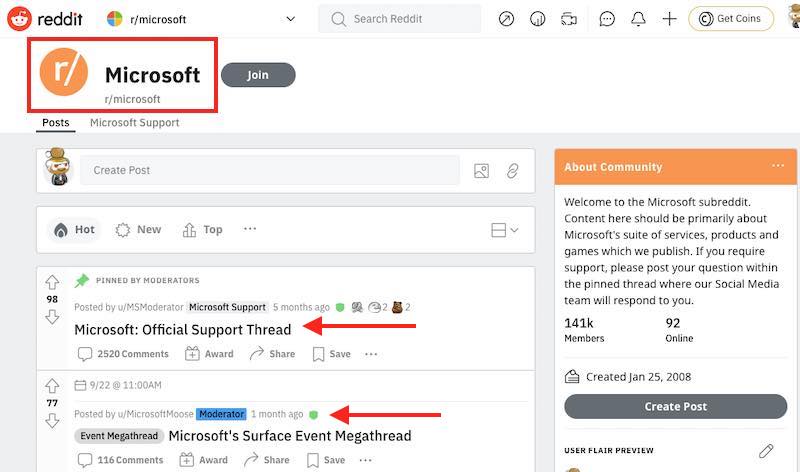 Microsoft’s primary subreddit provides support to its customers and prospects.

Adobe Photoshop’s subreddit is organized into user-friendly categories — “flair” in Reddit-speak — all aimed at helping users of Photoshop learn more and request help.

Adobe also uses the popular subreddit to solicit customer feedback, asking, “What would you improve in Photoshop?” 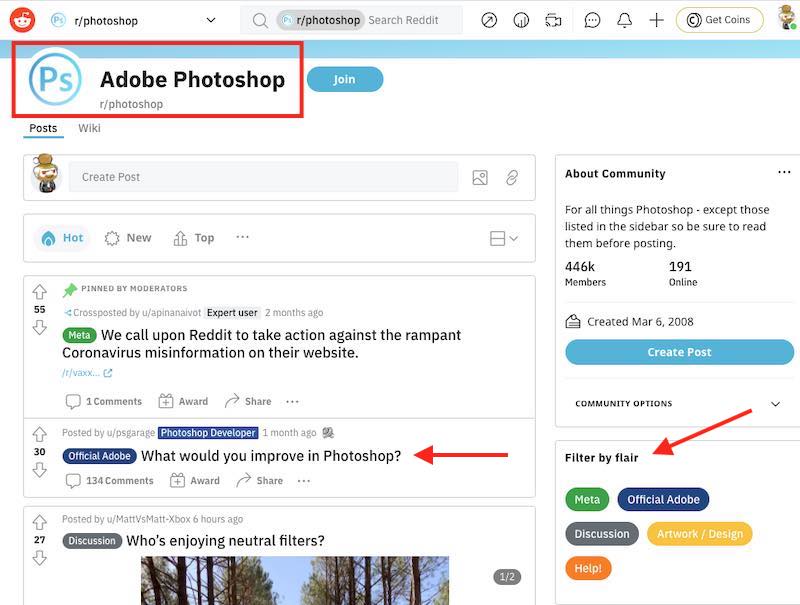 Spotify’s subreddit creates engagement by encouraging members to share their playlists. In 2014, Spotify asked Redditors 30 questions regarding songs and how we attach feelings to them. It garnered more than 10,000 submissions. Spotify then created a playlist based on the submissions! This campaign led to Spotify winning Reddit’s “Community Brand of the Year 2014” award. 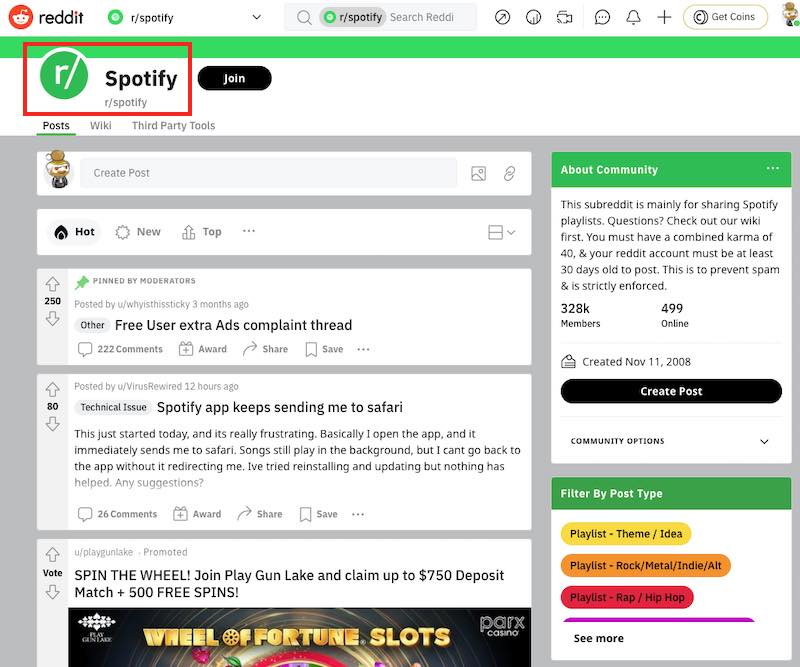 Tushy, a direct-to-consumer bidet attachment company, has seen much success for years by hosting its own subreddit, which includes a link to a page on Tushy’s site customized for Redditors.

In November of 2020, Tushy debuted a sponsored post where it agreed to make a limited edition bidet that changed the “Bum Wash” label to “A** Blast” on the condition that the ad was upvoted 10,000 times. The challenge was met, and Tushy has said it will follow through with its promise.

CeraVe, a skincare provider, is an excellent example of becoming popular without even trying! It’s the most mentioned brand on the r/SkincareAddiction subreddit, which has 1.4 million members. Tom Allison, CeraVe co-founder, told Modern Retail that “CeraVe has not put any paid support behind Reddit at this time,” noting that the brand drives awareness via word-of-mouth. 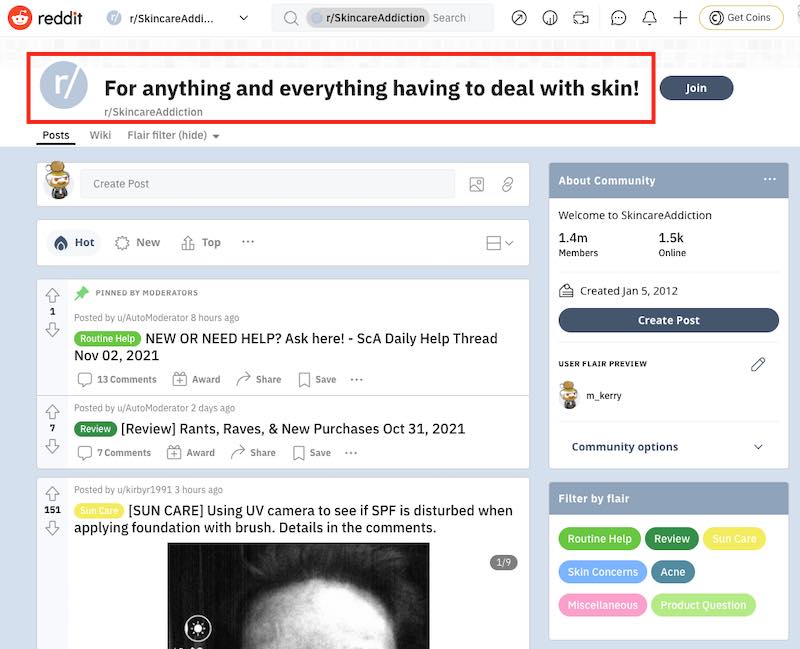 CeraVe is the most-mentioned brand on the r/SkincareAddiction subreddit.

CeraVe lets users do the talking on Reddit. Are users discussing your company? Scour the threads and engage with people conversing about your products. If there are enough, it could be a sign to create your own subreddit.