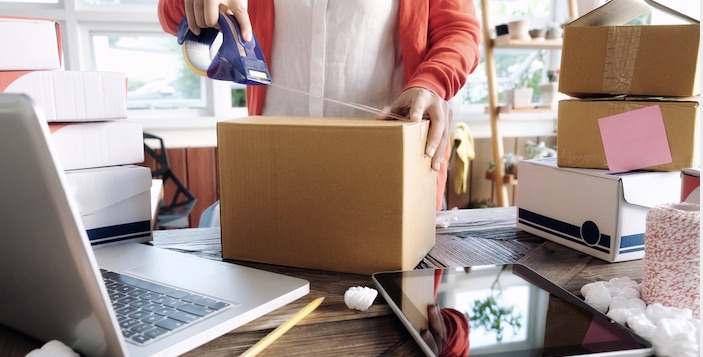 The Covid-19 pandemic has spawned my new ecommerce business. Getting started is now much easier than in years past, but the initial steps of choosing a domain name and an ecommerce software provider remain the same.

My previous post described the launch of many ecommerce businesses in the U.K. due to the pandemic. It reminded me of when I started roughly 20 years ago.

One of my first tasks was to think of a domain name, as in yourchosenname.suffix. Sometimes there is a www prefix, but it’s not necessary. The suffix usually is .com or .co.uk in many U.K. sites. There are other options such as .biz, but they are less popular. For U.K. business it is better to have two versions: .com and the .co.uk.

Domain names are unique. Most of the good names are taken.

My shop was (and is) called Kulture Shock. Thus my initial domain choice was kultureshock.co.uk. A U.S. band already took the .com version. So I could not have it. It was a risk, but I decided to ignore it. The risk was that some customers would type .com after kultureshock instead of .co.uk. That risk never developed, thankfully. If it had been a competitor, instead of a music group, I would have chosen another domain.

I also registered the hyphenated names kulture-shock.com and kulture-shock.co.uk. Most businesses shy away from hyphenated domain names. They are cumbersome to spell over the phone, and typically consumers omit the hyphen. As such, if a competitor owns the name without the hyphen, you will likely lose customers.

Initially I registered my domain name with my internet hosting company. This was convenient as the same company also hosted my site. Over time, however, I kept the domains with a major (cheaper) registrar and hosted my site with a specialist company. It made it much easier to move hosts when needed.

Domain names are unique. Most of the good names are taken.

As my business expanded, so did the range of products. I decided to split my website into several domains. This time I chose product-specific names, such as doctorwhoonline.co.uk and .com and drwho-shop.co.uk. Again I found the hyphen to be cumbersome. I also ran into difficulties with a similarly-named competitor who filed a lawsuit to take my names away. This is the potential pitfall in using product names. Others have the same idea. Further, the actual license owner may object.

In my case, the BBC, which owned the television series, was annoyed that my competitor was trying to restrict the product name. The BBC squashed the lawsuit.

That is the second thing you need for a website, after a domain name — a decent host.

A developer or designer can build a site and supply everything. He can register your domain, arrange for hosting, and sort out email names. The downside to this is that a third party controls your business. Developers sometimes set themselves up as the principal contact and administrator of clients’ domain names. That’s not a problem when you have a good relationship with a developer. But if a dispute occurs, a developer may be uncooperative. It’s like giving a builder your only set of keys to your house.

In my experience, when it comes to web hosting you get what you pay for. There are many cheap hosts. They are cheap for a reason. They often cut corners on equipment and support and otherwise cram as many customers as possible on a single server (a computer).

Keeping costs low is essential — but not for web hosts. An analogy is a brick-and-mortar merchant who finds cheap rent in a high-crime neighborhood where there’s no parking, street lights, or foot traffic. The merchant saved money  — and doomed her business in the process.

I’ve regretted the few times I used cheap hosts. They limited the number of unique email addresses, and, importantly, they did not run their own mail server, resulting in my company’s email classified as spam.

This is an important point. All computers on the internet have a unique IP address, such as 111.111.111.111. Spam-related emails are frequently traced to the IP address of the originating computer or mail server. This address gets blacklisted, and all emails from that address can get junked. When you purchase cheap hosting, you share the IP address with hundreds (or thousands) of customers. If just one of those customers is a spammer, and the host does not shut it down immediately, then all customers suffer, and their emails are blacklisted.

After sorting the domain, host, and emails, I could then create my website. This was over 20 years ago. The ecommerce software was more primitive. The site I created was good for the period but would look terrible now.

What was state-of-the-art decades ago is now unprofessional. This is why every few years I review my site and update it, moving to new and better software, which is also easier to maintain. Each new software package typically required a different host. It is all interrelated as specialized software often has unique hosting and support needs.

Now, in 2020, there are many quality ecommerce software and platform providers. An all-in-one option is an easy and affordable way to get started. For a monthly fee, an all-in-one provider will register your domain, host your site, and provide the ecommerce software, including payment processing and security. Plus the customer support — essential for an inexperienced entrepreneur — is free. You can use the provider’s templates to create your shop and add your products.

The monthly fee is likely higher than for separate hosting. And you share resources with many other shops. You also have limited flexibility with the appearance and various features. Still, for a new business, the ease and support of setting it all up usually outweigh the limitations.

Once you’ve launched an ecommerce site, you have to entice consumers to visit it and purchase products, which requires collecting payments, fulfilling orders, and supplying excellent customer service. I will cover these in my next post.

Prior to moving to Norwich, England, Richard Stubbings had 20 years IT experience — designing and building major computer applications. He then set up a bookshop concentrating on science fiction, crime, and horror. He soon started selling horror and movie-related figures alongside the books. The shop, called Kulture Shock, went online in 2000. Over the years, he used numerous shopping carts and the ecommerce site (which he has since sold) grew to be successful.
Advertisement
Popular