Should Merchants Sell on Social Platforms?

The ability to sell products directly on social media sites has been around for a few years. But social platforms are improving transaction capabilities with buy buttons — making purchasing easier.

However, except for younger, mobile-focused shoppers, social commerce has not gained a foothold. A 2017 PwC report said online buyers cited social networks as the digital media most used for purchase inspiration but not for actual purchases. Shopping platform provider Bazaarvoice says its data shows that only 19 percent of consumers have purchased from a social media platform.

However, except for younger, mobile-focused shoppers, social commerce has not gained a foothold.

Generation Z (birth years from the mid-1990s to the early 2000s) dominates social commerce, mainly via apps on mobile devices. Millennials (born from the 1980s to the late 1990s) also favor social commerce. This group generally has less disposable income than older shoppers.

Generation Z favors Instagram for product searches and general browsing while Baby Boomers (born in the mid-1940s to mid-1960s) are more comfortable with Facebook. One impediment to mobile social shopping is that younger people often find ads on their mobile phones offensive and advertising is an integral part of successful social selling.

Instagram now accommodates shoppable posts. Merchants with a free business account can tag products in their organic posts. The Instagram business profile has to be connected to a Facebook catalog. Shoppable posts are available in the U.S., Australia, Brazil, Canada, France, Germany, Italy, Spain and the U.K. Businesses can purchase ads from Instagram to facilitate sales. Since Facebook owns Instagram, sellers can easily connect with their Facebook pages — a shop in a Facebook channel is required. BigCommerce, Magento, Salesforce Commerce Cloud, and Shopify also integrate with Instagram. Instagram reports that it has 800 million active monthly users. 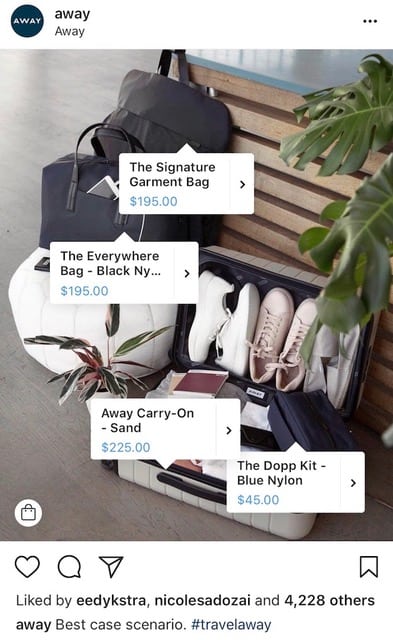 Pinterest sellers need a business account and can set up buyable pins that link to their ecommerce platform. Pinterest has partnerships with BigCommerce, IBM Commerce, Magento, Salesforce Commerce Cloud, and Shopify. Merchants can buy Pinterest ads to promote shoppable pins. Pinners see Buyable Pins in their home feed, in category feeds, in search results, on the merchant’s profile, and on other pinners’ boards. Pinterest has 200 million users and over 60 million buyable pins. According to Shopify, the average order value of sales from Pinterest is $50, higher than any other social media site. 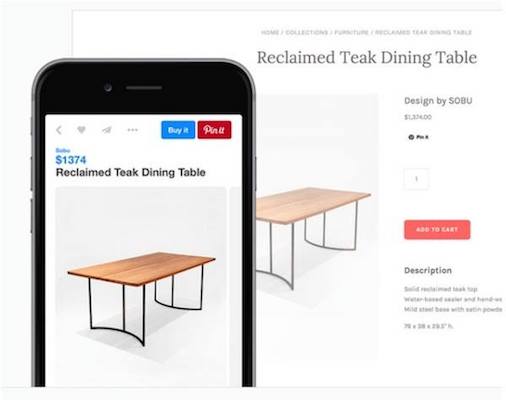 Major brands are already heavy users of social media platforms for marketing and selling. Smaller merchants also benefit from selling on these sites because there are usually no fees unless sellers want to buy advertising. Many small brands have boosted their sales substantially by using social commerce. Most of them are selling unique apparel, jewelry, or accessories and their target market is people under 35.

So if you sell distinctive products to that particular demographic segment, social commerce is probably right for you. Otherwise, social selling should likely take a backseat to your own website or the Amazon marketplace.

Voice commerce could challenge social commerce in the next few years. Shoppers who require the opinion of friends, lots of graphics, and accompanying content will presumably prefer social commerce. But those who want to make a purchase quickly will find voice commerce an excellent alternative. It will work best for utilitarian shopping — groceries and other household staples that are ordered frequently — and that do not require pictures or other content to make a purchase decision.

Additionally, voice commerce has a broader demographic appeal. It is more user-friendly for older people not comfortable with social media and those with disabilities.

Amazon, with its Echo speakers and the Alexa intelligent assistant, is the leader in voice-activated actions. Google Home is the main competitor. Only 2 percent of people who use Alexa has made a voice purchase thus far in 2018, and only 10 percent of those made a repeat purchase based on Amazon internal figures shared with a third-party.

Voice commerce is not an immediate threat to either traditional ecommerce or social commerce. But it is starting to gain traction. Consulting firm Creative Strategies recently surveyed 1,500 U.S. consumers, and 40 percent of them were Echo owners. The firm found that 29 percent of Echo owners who are also Amazon Prime members had bought something through Amazon Prime at least once using Alexa.

Both Amazon and Google have the resources to challenge social commerce if they find it is becoming a threat. This is particularly true of Amazon since the company does not want third-party sellers to desert its marketplace. Apple’s Siri is expected to incorporate voice commerce through Apple Pay soon. For now, however, neither social commerce nor voice commerce is a threat to traditional ecommerce.