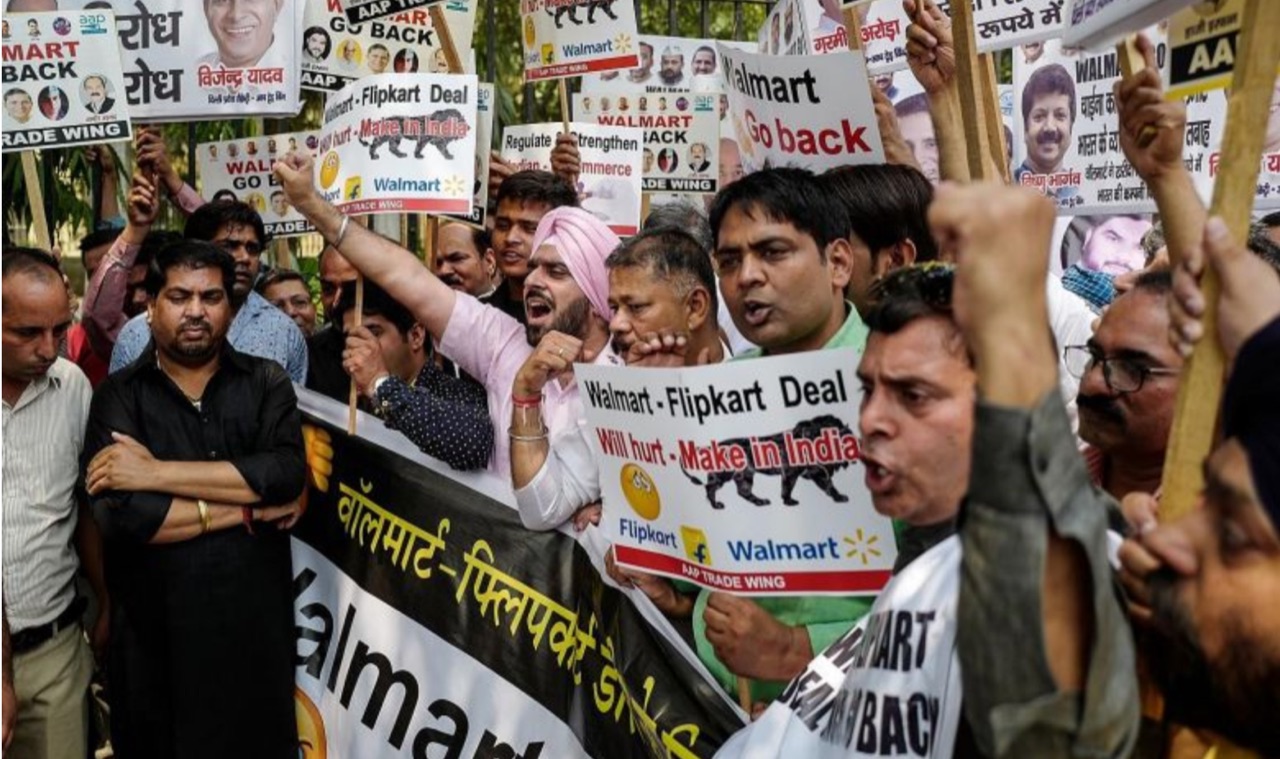 The Indian government will soon implement regulations that will severely hamper the Amazon and Flipkart marketplaces from doing business in India.

Four years ago, India opened its economy to foreign direct investment, altering decades of severe limits. Ecommerce platforms were one of the main beneficiaries. The government allowed 100 percent FDI under the ecommerce marketplace model but prohibited FDI in inventory-based ecommerce. That meant that ecommerce companies such as Amazon could provide a marketplace for third-party vendors to sell their products, but they could not hold and sell their own products.

Effective February 1, 2019, the government is enacting restrictions that will challenge the entire business model of Amazon and Flipkart — Walmart bought 77 percent of Flipkart in 2018. When the new rules become effective, the inventory of a seller will be considered under the control of an ecommerce marketplace if more than 25 percent of its sales come from that marketplace. Therefore, these sellers will have to find other outlets for product sales by February 1 so that no marketplace is responsible for more than a quarter of their sales.

Currently, sellers such as RetailNet, SuperComNet, and OmniTech Retail sell exclusively on Flipkart. Two other companies — Cloudtail and Appario — sell exclusively on Amazon India. Both are joint ventures between Amazon and, respectively, India’s Catamaran Ventures and the Patni Group. (Amazon has an equity investment in both Cloudtail and Appario.)

Amazon derives around 40 percent of its Indian sales from Cloudtail. Flipkart also has exclusive partnerships with top smartphone brands such as Xiaomi and Oppo. Smartphones comprise over half of ecommerce sales in India.

Amazon and Walmart reportedly asked for a six-month delay in the effective date of the new regulations. Both were denied. The Department of Industrial Policy and Promotion, which is responsible for defining FDI policy, characterizes the changes as a clarification rather than a major change.

With their third-party partnerships, Amazon and Walmart control almost 80 percent of ecommerce in India. The government says the changes will promote fair trade and curb the influence of foreign companies in setting domestic prices. One beneficiary will likely be Snapdeal, an Indian ecommerce marketplace that was established in 2010 but has been overshadowed by Amazon and Flipkart. Its website touts over 300,000 sellers with 35 million products. It has long complained about the lack of a level playing field.

India has been overshadowed by China in ecommerce growth because a quarter of its 1.3 billion population is illiterate and no more than 28 percent has internet access. Unlike China, India has lagged in creating a middle class. However, with the growth of smartphone penetration and an increase in the income of city dwellers, the ecommerce picture has brightened. A September 2018 report by PricewaterhouseCoopers estimates that online commerce in India will grow 25 percent a year for the next five years, hitting $100 billion in 2022.

In 2016, Prime Minister Narendra Modi spearheaded an initiative to lessen restrictions on FDI. His political party has since suffered losses in recent state assembly elections, and political analysts speculate that Modi is trying to gain the support of the millions of small local Indian ecommerce traders and retail merchants before a general election that must be held by May of this year. Local merchants find it hard to compete with the discounted prices offered by Amazon and Flipkart and are now subject to a new goods and services tax.

The change in regulations will likely have a chilling effect on new FDI inflow in other sectors. Foreign investors may be wary of putting money into a country where regulations can change drastically with very little notice.

Indian consumers will suffer. They enthusiastically embraced the two large marketplaces with their wide assortment of goods, deeply discounted prices, and cash-back opportunities. Those who came to rely on Amazon and Flipkart may balk at the higher prices on other ecommerce sites.

New local platforms may emerge. Mukesh Ambani, chairman of Reliance Industries, the country’s largest industrial company, announced that his firm would roll out a new online shopping platform for 1.2 million retailers in the state of Gujarat. It will be operated by a subsidiary, Reliance Retail, the largest retailer in the country by revenue. It manages 10,000 physical stores in more than 6,500 Indian cities and towns. Ambani, India’s richest individual, is said to have helped shape the new ecommerce rules.

Some observers speculate that the stringent rules will be weakened if Modi’s Bharatiya Janata Party does well in the upcoming elections.