Last week the U.S. Congress passed the Inflation Reduction Act, a sweeping 730-page bill that addresses multiple aspects of the American economy, including taxation, healthcare, and climate change. While the final bill is considerably less ambitious than the original vision in President Biden’s $1.7 trillion failed “Build Back Better” plan, it still represents a major advancement in fighting climate change and protecting the environment.

The $745 billion legislation contains grants and incentives to lower the cost of clean energy and reduce carbon emissions 40% by 2030. A key objective of the bill is to displace fossil fuels in transportation, electricity, and industrial sectors.

Funding for climate change and energy security will amount to $369 billion over 10 years. An additional $4 billion is slated for drought resiliency in the western states. A 15% minimum tax on corporations will finance the climate initiatives. The Act’s programs go into effect in 2023.

Following are some of the highlights. 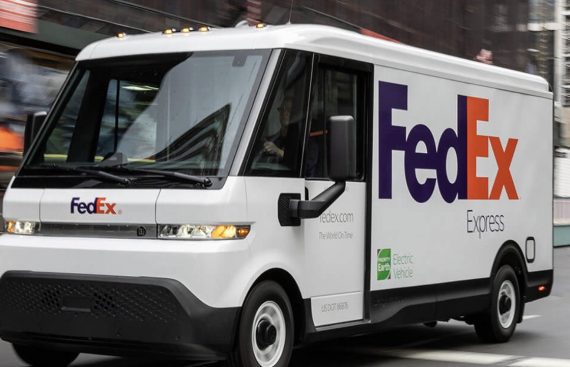 The new legislation will invigorate the manufacturing of electric vehicles such as this BrightDrop delivery van for FedEx.

The bill offers incentives to bolster rural clean energy with $14 billion devoted to various grant and loan programs, including:

Companies that purchase electric medium and heavy-duty trucks — including long-haul freight — can utilize tax credits beginning in January 2023. The credits also apply for buying and installing battery-charging infrastructure. The bill allocates funds for increasing domestic production of batteries and other electric vehicle components, thereby creating jobs. Most batteries and related parts are currently manufactured outside the U.S.

The EV purchase tax credit covers either the vehicle’s incremental cost — e.g., the price difference between a diesel truck and the electric counterpart — or 30% of the purchase price, whichever is less. The incentive is capped at $40,000 per vehicle. The infrastructure credit provides up to $100,000 per charger.

The new incentives will likely invigorate the struggling American EV manufacturing sector. Last month Amazon began the rollout of its Rivian-manufactured EV last mile delivery vans in 12 U.S. cities. Despite Rivian’s setbacks and disappointing financial results, Amazon (an investor) plans to have 100,000 Rivian delivery vehicles by the end of 2030. Rivian can sell those vehicles only to Amazon for the four years afterward.

Another provision of the Inflation Reduction Act makes available (until September 2027) $3 billion in grants and rebates to port authorities and marine terminals to purchase and install zero-emission cargo-handling equipment.

Consumers stand to benefit as well. The legislation includes tax credits of $7,500 and $4,000 for, respectively, new and used U.S.-manufactured EVs. The credits apply to trucks, vans, and SUVs priced under $80,000 and cars under $55,000 — for households with adjusted gross incomes below $300,000. Heat pumps, rooftop solar, electric HVAC, and water heaters are also eligible for rebates.

To encourage more renewable energy, Congress extended existing wind and solar tax credits for 10 years. Solar and wind facilities that provide at least 50% of the energy in low-income communities are also eligible.

The legislation adopts a positive stance towards nuclear power plants, reversing a history of shutdowns. It includes incentives to postpone the retirement of nuclear plants, which are sources of zero-carbon electricity.

Through incentives, the bill will lower the cost of carbon capture technology for power plants and industrial facilities. Oil and gas companies that emit above a certain level of methane would pay an escalating fee unless they reduce emissions below certain thresholds. It’s the only provision that directly taxes pollution.