Pinterest just launched a new feature, “Buyable Pins,” making it available to all U.S.-based companies. The feature gives smaller retail businesses a unique way to get their products in front of Pinterest’s 73 million users.

Below, I discuss what Buyable Pins are, why it’s important to get your products listed on Pinterest, and how to get started.

What Are Buyable Pins?

Buyable Pins are a way for Pinterest users to purchase products directly through the platform using a mobile device. Currently, only individuals who have the Pinterest app on their iPhones or iPads can take advantage of the service. Future releases will include Android and desktop devices. 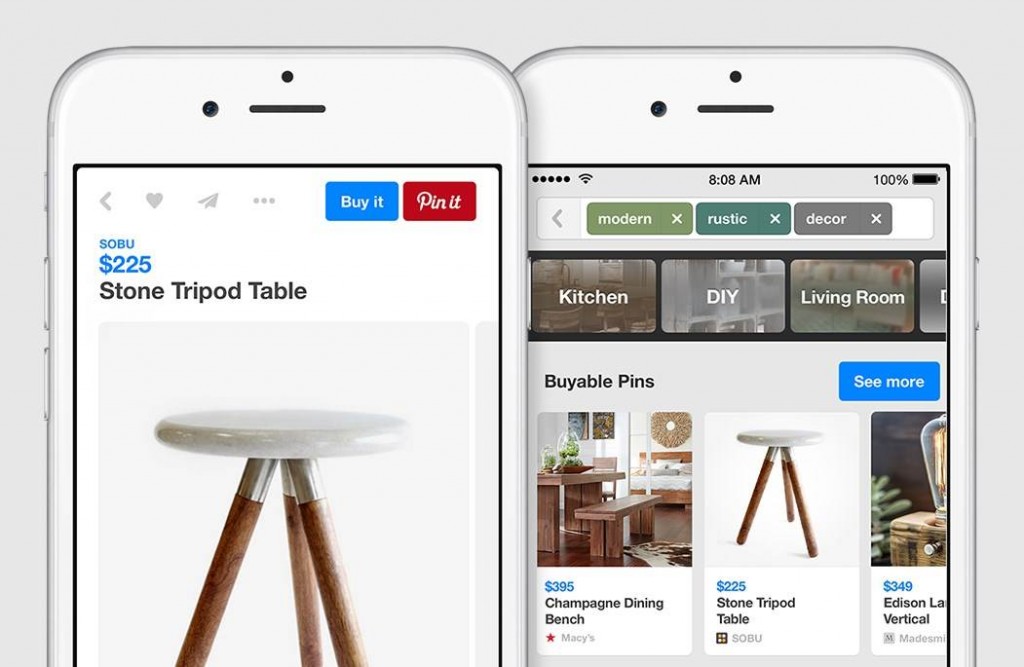 The way to know if a pin is “buyable” is based on color. Prices are listed in blue and, upon clicking the pin, you will see a “Buy It” button, also colored in blue. 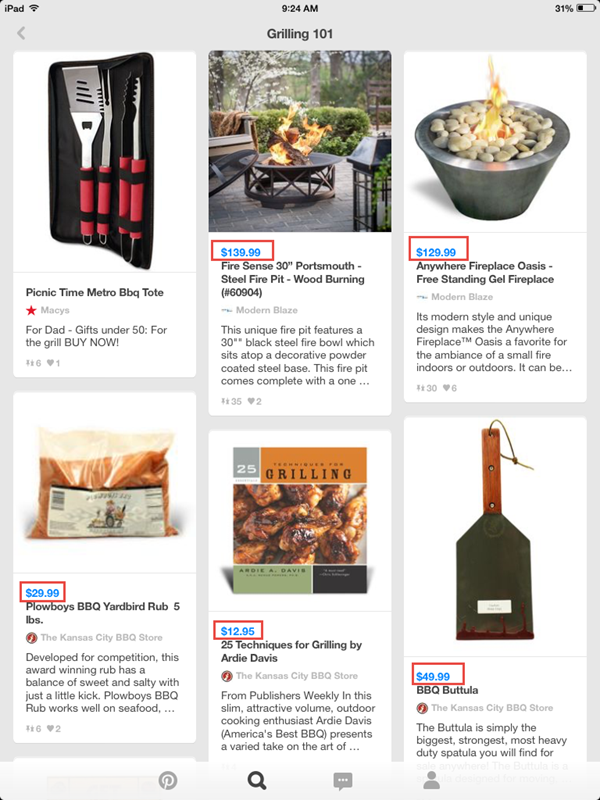 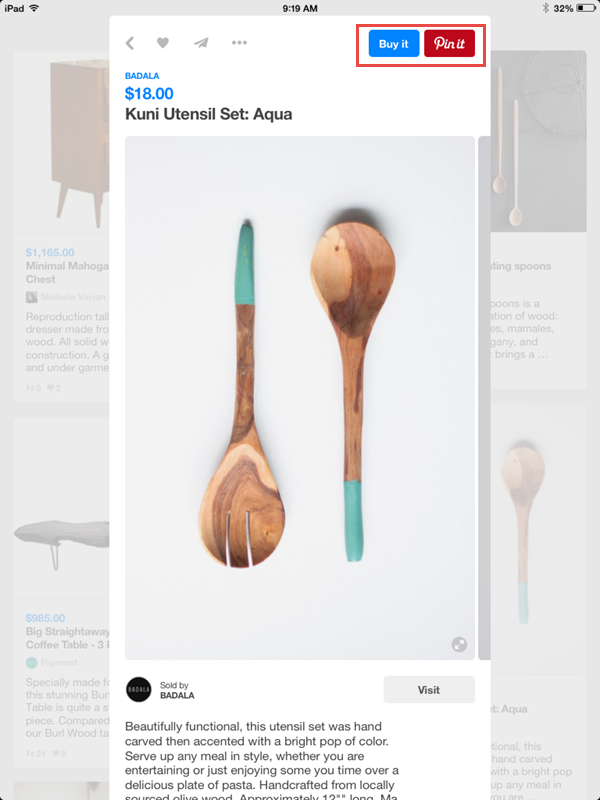 Another way to locate Buyable Pins is to search within Pinterest. The top of the search results show which products can be purchased using the feature. 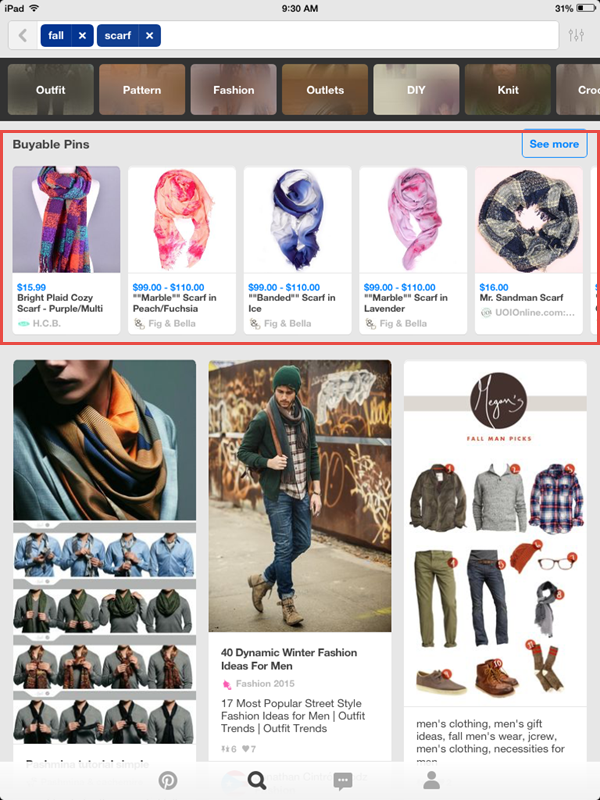 Shoppers can use Apple Pay or their credit card to make a purchase. Pinterest does not charge retailers a fee when someone buys a product.

Like millions of others, you may have used Pinterest personally. You may have even purchased a product after seeing it on Pinterest. If you did, you’re not alone. Numerous studies testify to Pinterest’s influence on purchase decisions.

For example, Shopify, an ecommerce platform, worked with Pinterest to gather data about how pins related to ecommerce. The study revealed:

Another study, released by Millward Brown, found that of those who used Pinterest in the past six months:

The study also found that women and millennial Pinners used it as a planning tool for major life events, such as getting married, buying a home, having a baby, or planning a special occasion.

While the vast amount of users are women, Pinterest’s male audience doubled between 2013 to 2014.

How to Get Started

Here are the steps to get started selling on Pinterest with Buyable Pins.

You first need to meet Pinterest’s requirements, part of which is that you have a Business account. If you only have a personal account, it is easy to convert.

Next, you must use Shopify or Demandware as your ecommerce solution.

Shopify offers an easy way for users to implement Buyable Pins, but you must also meet its eligibility requirements.

If you’ve used Shopify for some time and have made sales, you will likely be able to implement Buyable Pins without much of a hiccup. Just log into your account and add the Pinterest channel. You can enable Buyable Pins in a few clicks.

If you’re setting up a Shopify account for the first time and have products listed but no sales, you will be unable to use Buyable Pins until you have established a sales record.

That said, I encourage you to contact Pinterest if you sell on another site such as eBay or Etsy, which will demonstrate that you have a solid sales history.

With Demandware, you will need to contact your Demandware customer service manager.

If you use an ecommerce platform other than the two mentioned above, Pinterest encourages you to sign up for a waiting list. The company plans to add more ecommerce options in the future.

Buyable Pins is a brand new feature that smaller retailers should consider leveraging. It is your chance to get in on the ground floor of a new service before the market gets congested.

If you have yet to set up an ecommerce platform on your website, I recommended that you do so. If you use Shopify or Demandware, you’ll be able to ramp up much more quickly. Once you establish a sales history, you’ll eventually get to sell your products on Pinterest using Buyable Pins.