Last year Google Ads finally transitioned all advertisers to its new interface. There were many changes. One was that “Average Position” no longer appeared in a column by default.

It was an annoyance, but I diligently added it back in the various views and accounts. Then, in November, Google Ads moved the column in the “Add Columns” interface from “Performance” to “Competitive Metrics.” 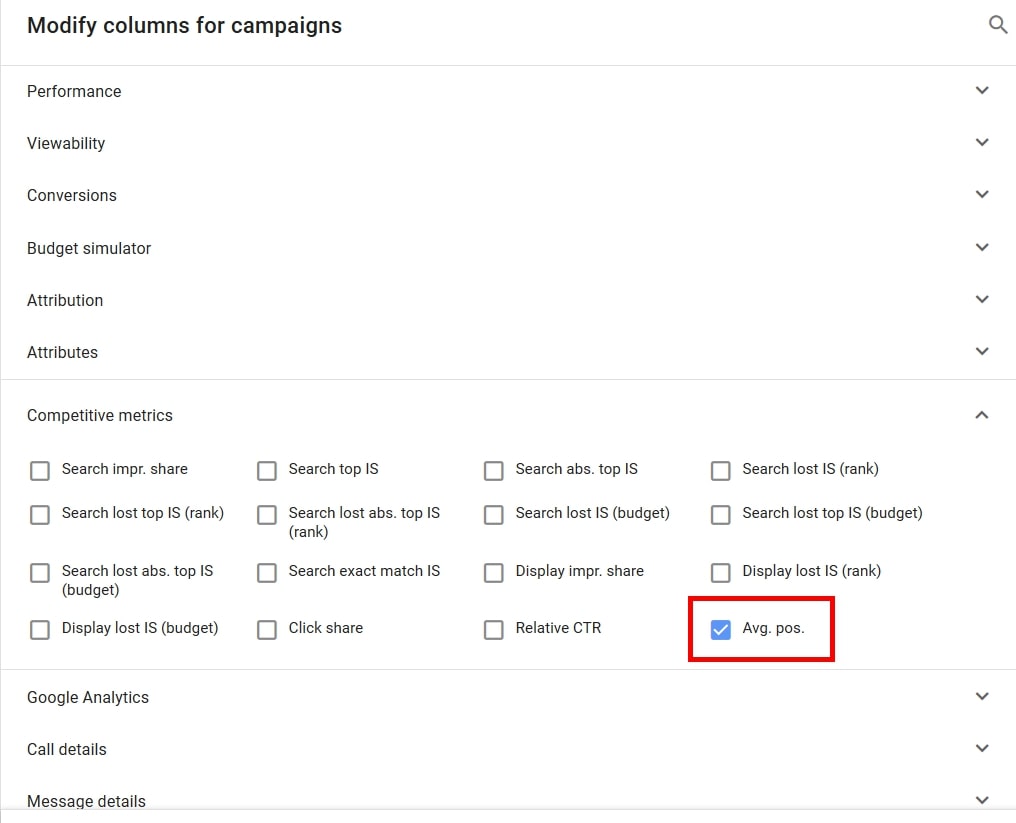 Google Ads has buried the average position metric to a non-default status. Click image to enlarge.

The move added a little more friction to the process of adding the column. But more importantly, Google was implicitly demoting the metric. When it buries something that deep — below many metrics, even in the Competitive Metrics section — something is up.

And now Google has made it official.

The announcement in Google Ads Help is titled “Prepare for average position to sunset.” Google has not publicly addressed it other than in the short announcement — not even a single tweet! Average position was one of the original metrics in AdWords. It’s now going away in September 2019.

For many advertisers, the metric was helpful. It was a connection to the search results page. An average position of 1.5 meant that an ad appeared at or near the top, in the first or second position of the page. It was more tangible than most pay-per-click metrics.

However, with Google’s ever-changing search engine result pages, the metric wasn’t as clear as it may have seemed. For example, just the other day I encountered an SERP with one ad above the organic results and three beneath (on a desktop). My client was in position two. But seeing that in a report would have been misleading since position two was below the organic results and likely wouldn’t garner many clicks.

The announcement from Google mostly addresses the “Impression (Absolute Top) %” and “Impression (Top) %” metrics. Google added those in November to “describe what percent of your ads appear at the top of the page and absolute top of the page.” The metrics are how Google will inform advertisers about the prominence of their ads.

So what are these new metrics? How do they help?

Here is a screenshot from Google Ads Help. 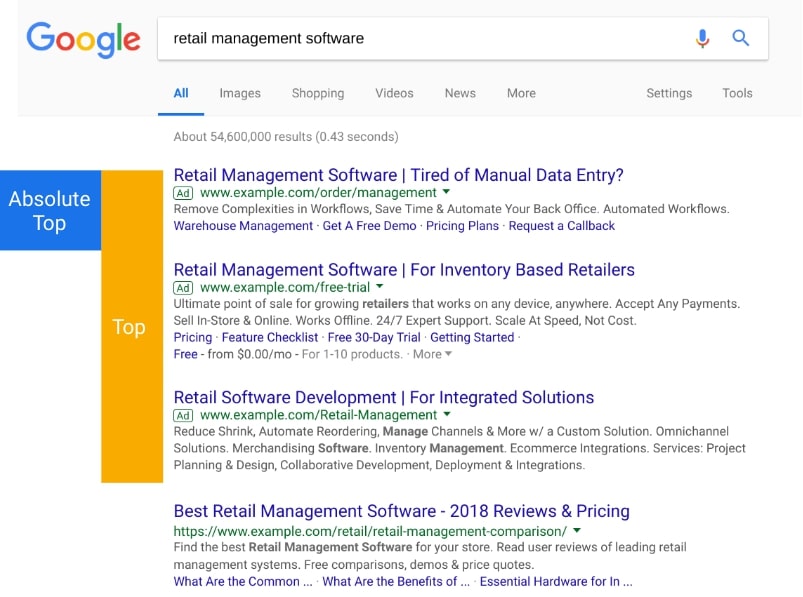 “Impression (Absolute Top)” and “Impression (Top)” are Google’s new metrics for informing advertisers about the prominence of their ads.

The second reason is that Google wants advertisers to move away from manual bidding. Google feels strongly about its machine learning. There are multiple automated bidding options in Google Ads, including “Enhanced CPC” and “Target ROAS.” All promise that Google’s machine-learning bids will deliver better bottom-line results.

Many hard-core, manual-bidding advertisers rely on average position to balance cost and conversions, for peak efficiency. I use the metric to gauge if a bid increase will unlock more traffic or just drive up click cost, which it often does for brand keywords. And one client, for example, wants to be in the top two results for most of his core terms. Losing the average position metric will require resetting of his expectations.

Any discussion of automated bidding requires the reminder that Google is a publicly traded company seeking to drive shareholder value. It presumably seeks to meet or exceed Wall Street expectations each quarter. Having the black box of bid automation could potentially squeeze a little more revenue.

You have until September to get used to the new metrics. Google isn’t likely to backtrack. Learn what Top and Absolute Top impression-share metrics mean to your account. Redo automated rules and reconfigure your reports. The faster you adjust, the better.