If you weren’t already focused on your mobile site’s performance, Google is giving you a reason. In July of 2018, Google will use a new ranking signal focused purely on mobile site speed: the “Speed Update.”

Google will dampen rankings for slower mobile sites to help mobile searchers find sites that deliver what Google considers to be a better mobile experience.

Desktop site speed has been a Google ranking factor for almost eight years — Google’s obsession with speed isn’t anything new. What is new is that Google will now include mobile sites in the site speed ranking equation.

To underscore the importance of speed, the search giant trotted out some eye-opening statistics. For example, Google’s research shows that as page load time increases from 1 to 10 seconds, the probability of the visitor bouncing out of the site increases 123 percent. 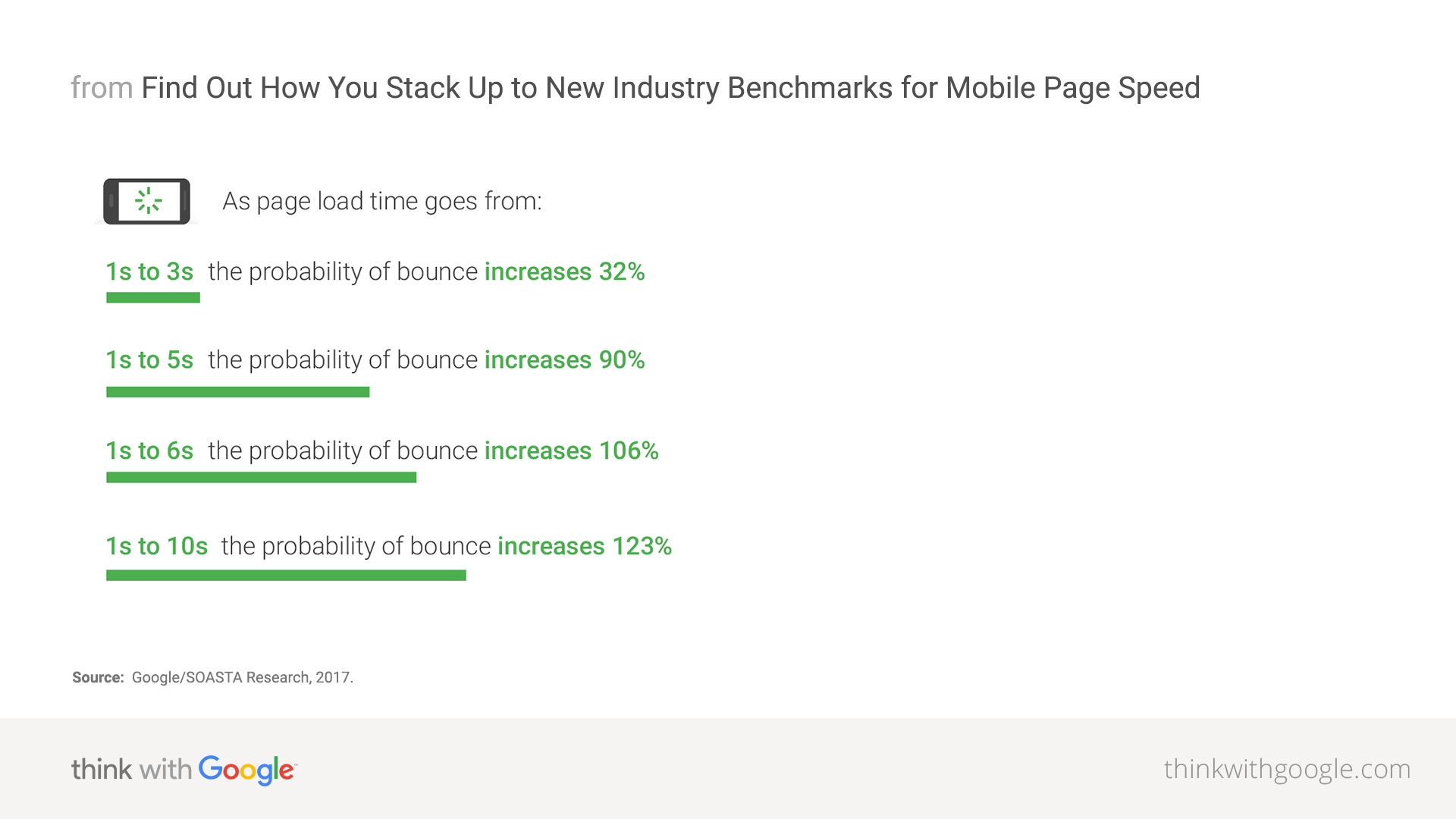 Another dataset shows the average retail site in the U.S. takes 9.8 seconds to load. Thus ecommerce retailers have usability problems to solve. 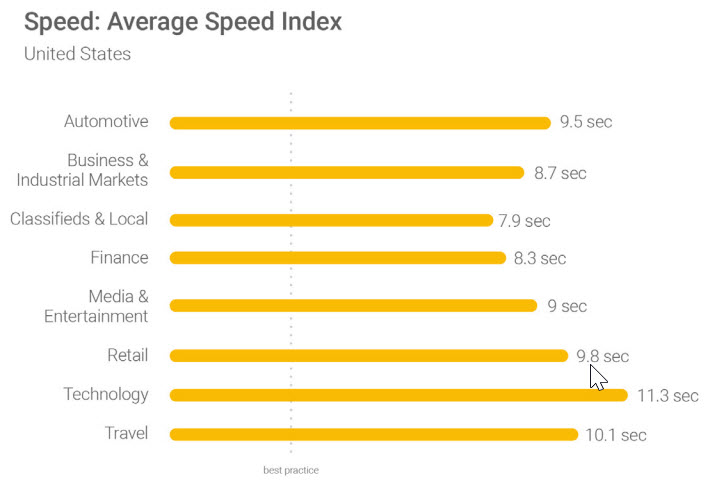 Average page load times in the U.S. by industry. “Classifieds & Local” is the fastest category, at 7.9 seconds. “Technology” is the slowest, at 11.3 seconds. Sites in “Retail” industry load, on average, in 9.8 seconds. Source: Think with Google, 2017.

For example, Kohl’s home page takes 13 seconds to fully load over a 3G network, according to Google’s Test My Site tool. By comparison, the top 30 percent of sites in the U.S. shopping category (by page speed) loads in less than 5 seconds. 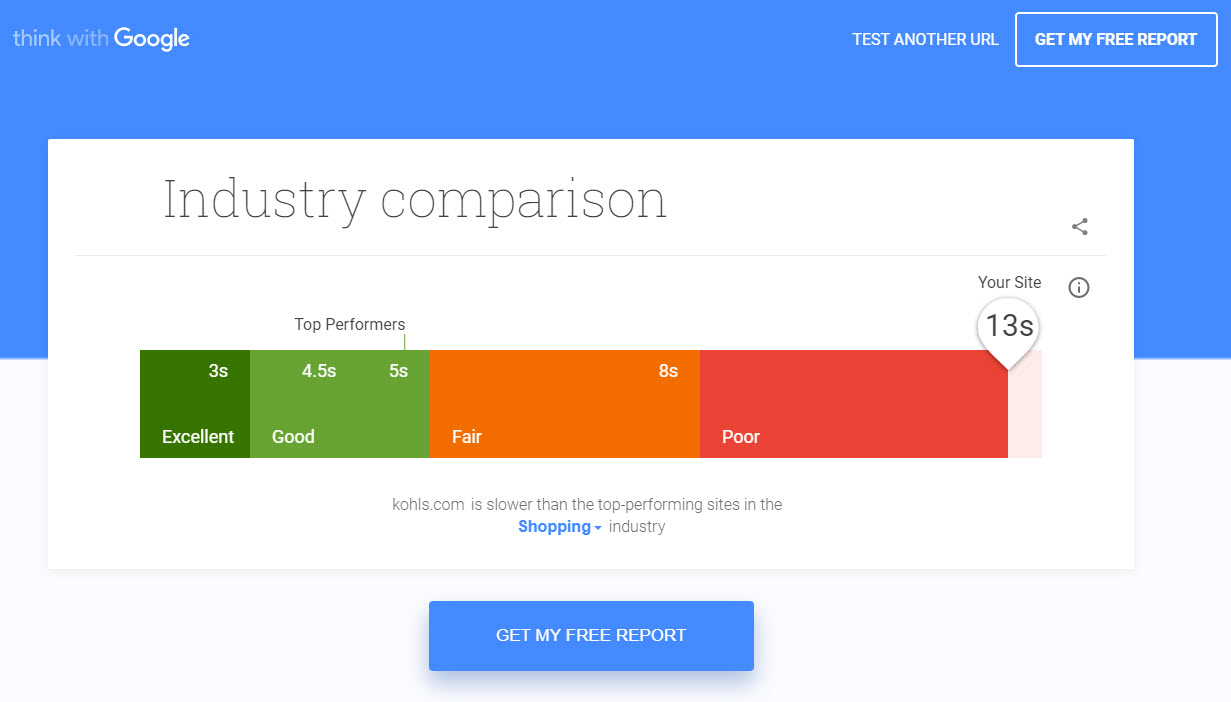 So what’s an ecommerce company to do? It’s time to focus on the speed of your mobile experience. Google recommends these tools to help optimize and test page speed:

The Speed Update isn’t Google’s only mobile search initiative. This year should also see Google’s increasing application of its mobile-first index, which will determine overall rankings based on mobile factors, not desktop. That makes the Speed Update much more important.

How will you know when your site is affected by mobile-first indexing? Get access to your server logs if you don’t already have it. You’ll see an increase in the volume of crawling by Googlebot’s smartphone variant and a decrease in the desktop variant.

Google’s focus on mobile stems from the growing number of searchers using smartphones — over half of all searches. In 2018, expect more mobile initiatives from Google, beyond the Speed Update and mobile-first indexing.