SEO: Voice Search Is Here. Are You Ready?

For search engine optimization, the implications of voice search are subtle, but increasingly important. In her 2017 Internet Trends report this week, Mary Meeker, partner at venture capital firm Kleiner Perkins Caufield & Byers, highlights the rise in voice search compared to manually typing queries into a search box on a smartphone. 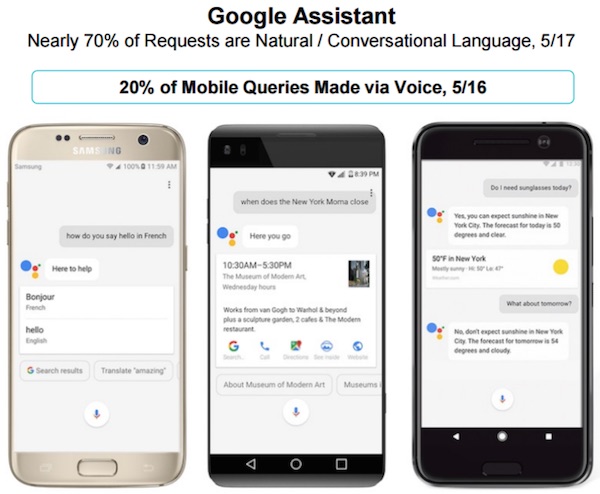 Twenty percent of Google mobile searches now happen via voice, according to the 2017 Internet Trends report by Mary Meeker.

What Is Voice Search?

Over half of all Google searches now originate on a smartphone. Of those, 20 percent happen via voice commands — without the searchers touching their screen. Extrapolated out, that means that something like one in every 10 Google searches comes from voice search.

Voice recognition is also becoming more accurate, approaching 95 percent of the English language, which is equivalent to a human’s voice recognition accuracy, according to Google.

Part of the growing voice search use comes from the increase of in-home digital assistants like Amazon Echo’s Alexa and Google’s Home device, which have no manual interface and rely entirely on verbal requests and commands.

The Echo, in particular, has been very successful as a mainstream voice-interface device. Eleven million Amazon Echo devices have been sold in the U.S., enough for 3.5 percent of homes. Amazon’s devices are able to accomplish 12,000 different built-in capabilities such as turning on the living room lights or playing Jeopardy with you. The combination of voice interface and skills that make the Echo both fun and useful lends itself well to humans forming a sort of pet-like attachment to their devices, which only strengthens the tendency to speak to them naturally, as if they were alive. 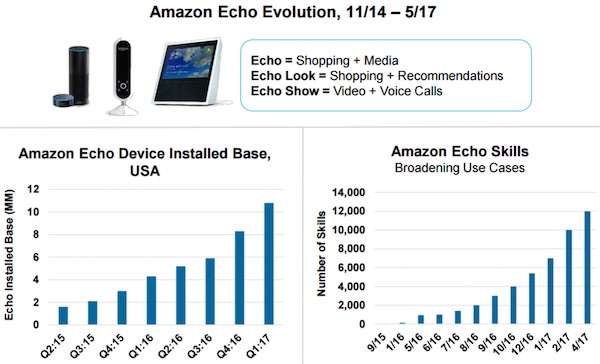 The rise in conversational search is one of the most important trends for search engine optimization. Google reports that 70 percent of the queries that Google Assistant receives consist of natural language. That means that searchers are speaking to their digital search devices in the same way that they would ask a question of another person.

Google is making strides in two related areas that stem from voice search and its impact on SEO: conversational search and answering questions. In other words, Google is learning how to interpret the words that humans use. This helps Google ferret out intent, which helps deliver relevant search results. 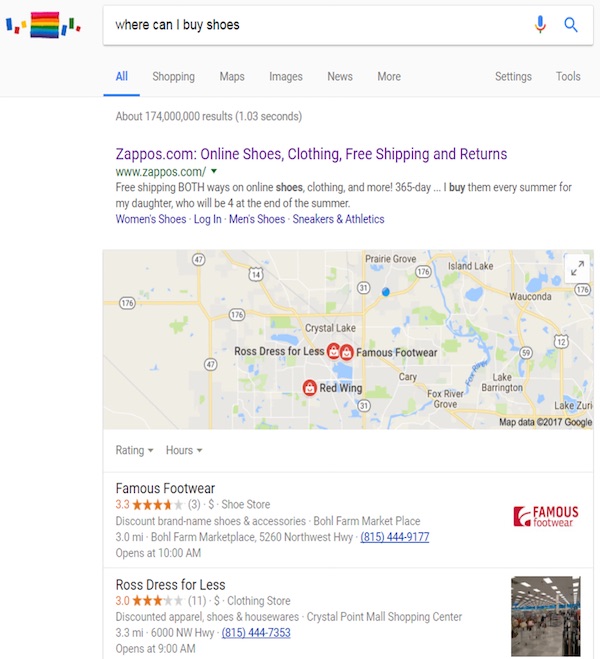 Google search results for the factual query “Where can I buy shoes?” 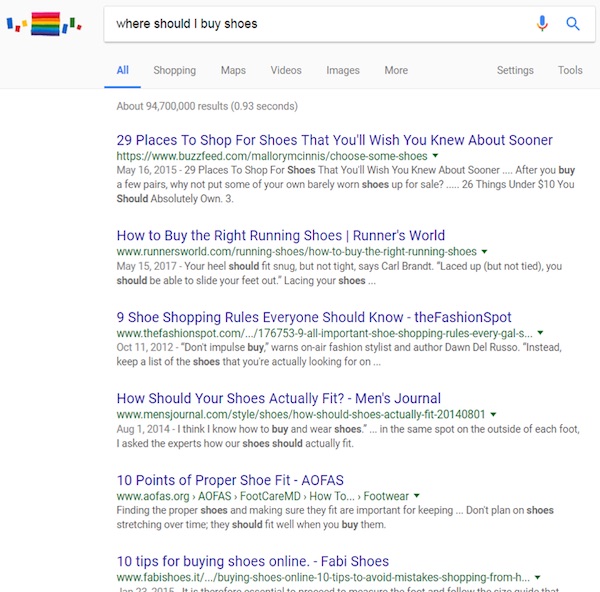 Google search results for the opinion-based query “Where should I buy shoes?” 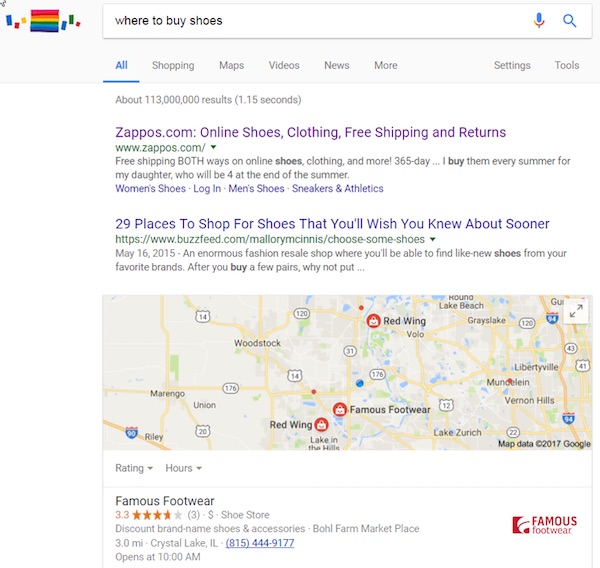 Google search results for the neutral query “where to buy shoes.”

For example: Google’s search results adjust to three nearly identical search queries regarding the purchase of shoes. Compare the search results for the above three searches.

The top image is a purely factual request: “Where can I buy shoes?” The middle image shows an opinion-based query: “Where should I buy shoes?” In the last image, the search result is a blend of both because the verb that indicates intent is now neutral: “Where to buy shoes?” The differences here highlight the degree to which Google places meaning on slight variations of search phrases, the intent behind each variation, and the ability to serve search results specific to each intent.

In other cases, the answer is more straightforward and Google can answer it directly on the page. Whether the answer is the simple sum of two numbers or instructions for a project, Google’s goal is to be a one-stop shop for surfacing information directly in its search results.

This is not unlike what happens when you ask Siri or Alexa a question; you expect a single answer, not 10 pages to scroll through to find an answer. Google Search is accomplishing the same goal as Google Assistant (for voice search): answer the question with one definitive answer. 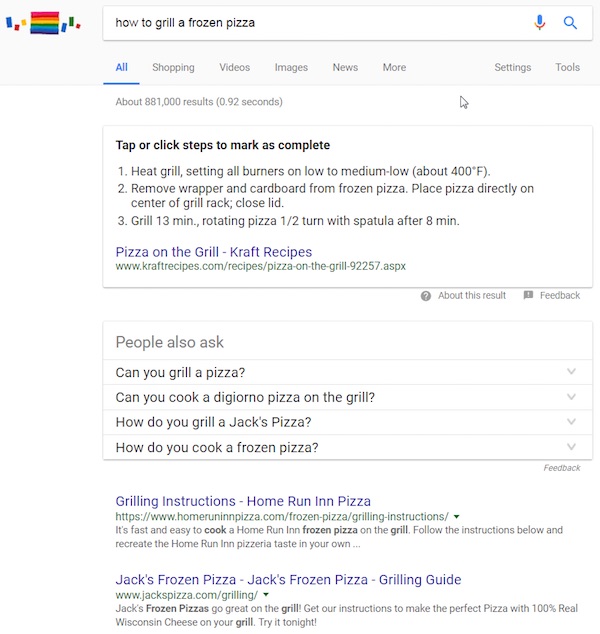 Google answer cards for the search query “how to grill a frozen pizza.”

Brands and ecommerce sites tend to bristle at the concept of answer cards, fearing that the traffic that would have been driven to their site is now absorbed by the answer card with searchers not clicking on any result. As true as this may be, the reality is that answer cards are here to stay. You can either compete to win them or you can let your competitors win that strong brand impression and the possibility of the click.

See Jill Kocher’s follow-up piece, at “How to Optimize for Voice Search in 5 Steps.”