The creator economy is attracting new entrepreneurs, perhaps supplanting retail ecommerce as the starting point for many small and new ventures.

Just a few years ago, if she wanted to own a business, an entrepreneur would frequently turn to ecommerce — opening a small online store, adding a few products, and advertising to drive sales.

While opening a small ecommerce store is easy, success is not guaranteed. The many retail ecommerce businesses and direct-to-consumer brands make competition tight.

In 2005, I started an online toy store selling Papo and Schleich figures. At the time, a handful of other online shops offered these toys. A simple search ad could generate thousands of dollars in sales. 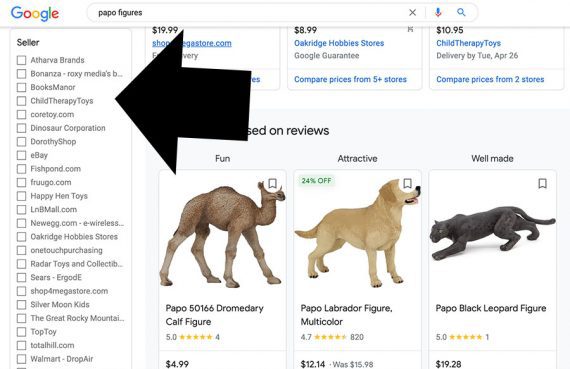 There are hundreds of online stores selling identical or similar products, such as inexpensive toys.

With so many merchants selling identical items, price is often a key differentiator. Margins grow thin.

In 2005, if you wanted to open an online store, the barriers to entry were the cost of inventory and the technical challenges associated with launching a site.

Now those barriers are significantly reduced. Retail inventory is relatively easy to find (supply chain problems aside). Financing options abound. And many ecommerce platforms can have a store open and selling in just a few days, if not hours.

Competition and the ubiquity of online commerce are the new barriers to success.

Massive social media networks have built their businesses on advertising, and the fuel that makes their advertising engines run is engagement.

These social platforms have introduced tools and developed courses to help creators generate content. And an ecosystem of software and hardware services has emerged to make the process easier.

YouTube creators once needed serious video cameras and lighting gear to stand out. Now, YouTubers can have quality results with an iPhone and a light ring. There are dozens of cheap and fast video editing options.

Podcasting was once a complicated task of recording and mixing audio to achieve radio quality. For less than $300 a year, a podcaster can now produce professional interviews with Riverside, an online recording studio, and many similar services. The result is an excellent audio podcast and video, too.

Starting a creator business is as easy as putting up your first post. This ease makes being a creator attractive for entrepreneurs.

As evidence to support this supposition — that the creator economy is attracting entrepreneurs — consider Shopify. In March 2022, the company, one of the largest SaaS ecommerce platforms in the world, launched a free link-in-bio service called Linkpop. 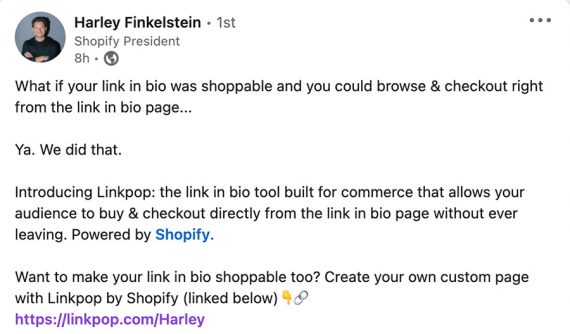 Shopify President Harley Finkelstein announced Linkpop on his LinkedIn profile, noting that the service could connect content and commerce.

Link-in-bio services are aimed at creators. Shopify sees an opportunity in the creator economy.

Content creation could be a new path toward ecommerce.

In retail ecommerce, businesses tend to build the product, launch a website, and head out in search of customers. While in the creator economy, brands tend to develop an engaged audience and create products specifically for that audience, then sell those products with relatively little competition.

For now, creators tend to sell digital products such as ebooks, online courses, and similar, but that could change. In the same way, creators could start developing physical products.

Here is an example. Imagine you are a content creator. You make fishing videos and publish them on YouTube.

Over time, you build an audience of a few hundred thousand followers. Of these, 30,000 have signed up for your weekly fishing newsletter.

You decide to create a DTC fishing rod. You get feedback from your audience during the design process. You hold a contest wherein a few newsletter subscribers can test and review prototypes.

When you are ready to go into production, you sell pre-orders — promoting the product on YouTube and via your email newsletter.

You have effectively bypassed competition and used your audience to validate and buy your product. It is a new path to ecommerce.