A financial services firm has predicted that 80,000 or more physical store locations in the United States are likely to close in the next five years, reducing the total number of American retail outlets by approximately 10 percent.

But what does that mean?

Retail chains might be shuttering stores because of a changing market or too many shopping centers and strip malls.

There were lots of retail bankruptcies in 2020. The Covid-19 pandemic played a part. But the retail industry has been evolving for years. Just because a merchant closes a particular location does not always mean that its business is failing or that there is anything wrong with the industry generally.

“We have yet even to scratch the surface of the transformation of the retail landscape,” said UBS analyst Michael Lasser in an April 6, 2021, interview with CNBC. UBS and Lasser believe that 80,000 store closures are a baseline and that the number could be higher.

So how will that many store closures impact the industry? What if, for example, lots of physical stores did close in the next five years, but the ones that remained were better? What if the remaining 90 percent embodied omnichannel commerce?

Is the number of physical retail locations the best measurement of the industry’s health? Or could 10-percent fewer stores be helpful if the remaining ones were better? 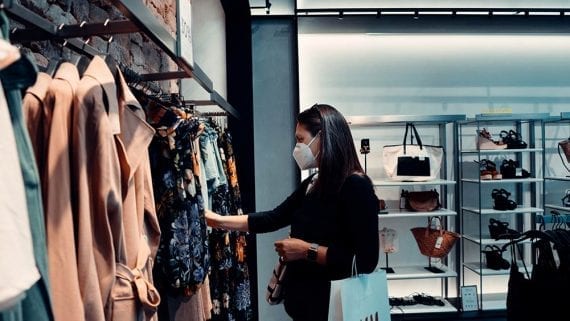 Could having 10-percent fewer stores be a good thing if the remaining stores were actually better? Photo: Arturo Rey.

“Post pandemic, brick-and-mortar will come back, but in a new way that is digital-first,” said Raj De Datta, CEO of Bloomreach, a digital experience platform.

Retail ecommerce “has discussed multichannel and omnichannel for the last five-plus years. The idea has been that we don’t really care how our customers shop, how they work with us, how they come to us. We just care about delivering a great experience and getting them to interact with [us]…and ultimately, [to] sell them our products. And while that has been a stated goal, it has been the furthest thing from reality,” said De Datta, who was speaking at a live event for CommerceCo by Practical Ecommerce.

Instead, retail companies have kept in-store and ecommerce revenues on separate financial statements. They have not integrated leadership teams, and they have not delivered on the potential benefits omnichannel has promised.

The pandemic forced changes. During the lockdown, ecommerce boomed, doubling as a percentage of total retail sales, according to De Datta.

There could be fewer brick-and-mortar stores in the near future, but they could offer a seamless and frictionless experience.

What if 80,000 retail stores closed in the next five years, but the overall number of commerce companies increased?

These businesses might represent some of the store closures UBS is predicting. But they are not the only retail model.

De Datta believes we are witnessing significant growth in direct-to-consumer brands. Similarly, retail product subscriptions could be on the rise. In each case, fewer physical stores might not mean fewer businesses. This evolution could represent a significant opportunity for ecommerce entrepreneurs.

Too Many Physical Stores

What if there are too many brick-and-mortar retail stores in America? In a particular state? Or in a given neighborhood? If that were the case, store closures would be a “right-sizing.”

In fiscal year 2020, Walmart’s revenue and operating income grew by $10 billion and $20 billion, respectively. The company grew, despite having slightly fewer stores.

Given Walmart’s profit, the net closure of just 13 locations does not suggest retail Armageddon.

The Walmart Supercenter at 1326 Bush River Road in Columbia, S.C., closed in February 2021 because of its relatively poor financial performance, leaving another 10 Walmarts and Sam’s Clubs in the vicinity.