Local Businesses Still Need a Google Plus Page, for Now

Google is in the process of slowly dismantling Google Plus, its ill-fated social network.

The first signs occurred when Vic Gundotra, then head of the Google Plus project, left the company in 2014, and Google moved many of the project’s staffers to other areas.

Later that year, Google removed Authorship (a way to link content you create to Google Plus) and then withdrew its requirement to have a Google Plus profile to set up a Google account.

Google split off Hangouts as a standalone product in 2014; Photos followed suit this year, leaving only the social feed component — “Streams” — remaining.

Yet another nail was driven in the Google Plus coffin on July 27, 2015, when Google unshackled it from YouTube, meaning that you no longer need a G+ account to create a YouTube channel or to comment on videos.

Why Has Google Plus Failed?

I can explain the Google Plus downfall in three words: failure to communicate.

Despite having scores of loyal supporters and a reported 300 million users — many of whom came because of the forced association between G+ and Google accounts — Google Plus never became the Facebook killer that some thought it would. Quite to the contrary, it was referred to as a “ghost town” due to lack of activity.

Google never intended for Google Plus to be a social network — one often compared to Facebook — but a “social layer” that connected all of its services through a single platform. While that may have been a good idea, its success was stymied by Google’s apparent inability to communicate the vision clearly.

In most users’ minds, Google Plus was and is a social network and, as such, saw no need to duplicate their social media engagement efforts by using it.

Google is now making an attempt to explain Google Plus’s value proposition by asserting that it is a platform built around the “interest graph” (people’s shared interests) rather than the Facebook-like “social graph” (the network of people’s connections). The company recently added a feature called “Collections,” which is a way to group posts by topic, to reinforce that concept.

Why You Need a Google Plus Business Page

Considering these facts, you may conclude that having a presence on Google Plus is unnecessary. Not so. For local businesses, one reason remains: local search.

As local and mobile search becomes more prevalent, small businesses dependent on the local economy for their livelihood must take steps to achieve greater visibility or risk losing ground to those who do — which is why a Google Plus business page has relevance.

Allow me to explain.

Google associates Google Plus with Google Search and Google Maps via the Google My Business (GMB) portal. 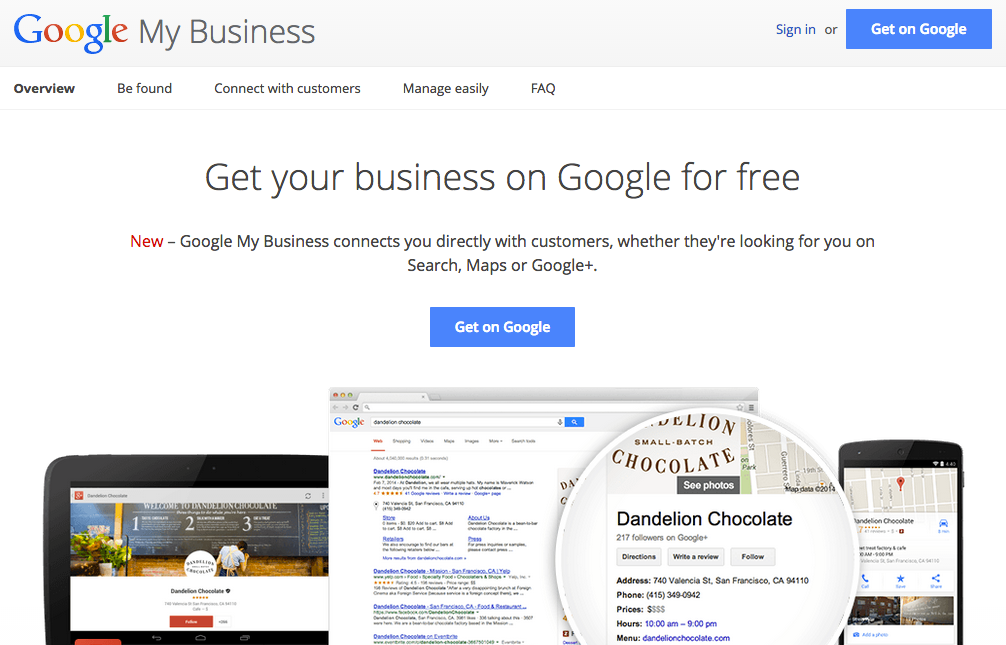 Google My Business ensures your business appears on Search, Maps, and Google Plus.

When you claim and verify your business listing using GMB, Google automatically creates a Google Plus page. Followers of the page can show appreciation, give feedback with posts and reviews, and use the “+1” button to endorse your products and services.

Users logged into Google, who conduct a local search (E.g., restaurants Baton Rouge), will see a list of local businesses appear among the top returns. 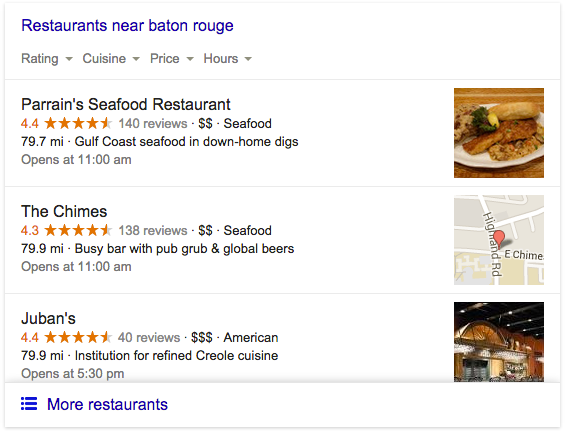 Google ranks businesses based on their distance from the searcher’s location and the number of reviews the company has received. It relies on Maps to gauge distance and ties reviews to Google Plus, at least for now.

Recommendations for Using Google Plus

Despite the fact that you will likely see little activity on your Google Plus page, there are ways to you can leverage it to your benefit.

Without a doubt, the future of Google Plus is in flux. There’s even talk of disassociating it from local search, but it’s too soon to tell if or when that will happen. For now, so long as Google ties the platform to Search and Maps, it’s worthwhile having a presence there.