Before undergoing this radical change, let’s take a look at where TLDs are now. In December, domain registry Verisign issued a report summarizing the current count of TLDs, through the third quarter of 2011. 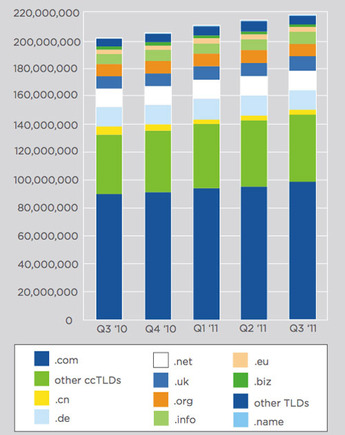 Domain registrations have grown 8.9 percent since the third quarter of 2010. The largest TLDs were, in order, as follows.

The .com and .net TLDs reached 112 million domains in Q3 2011. There was a 2.3 percent decrease in new registrations since the second quarter, but year-over-year registrations have increased by 5.9 percent, as shown in the graphic below. 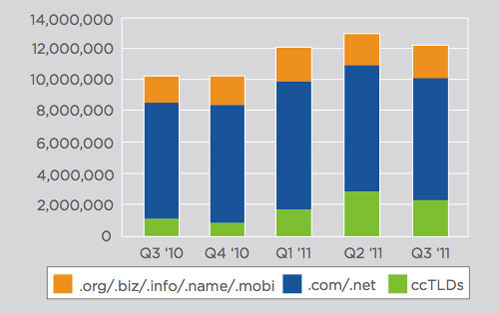 The country code TLDs reached a total of 86.9 million, a 2.3 million increase, or 2.7 percent, from the previous quarter. Of the more than 240 country code TLDs, the top 10 comprise 60 percent of all registrations. 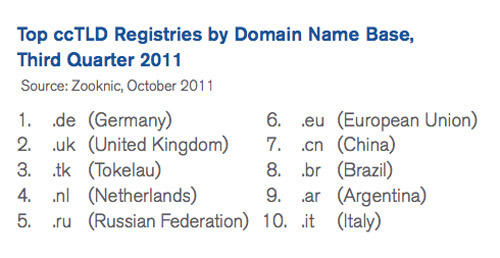 The .com and .net TLDs reached 112 million names, a 1.8 percent increase from the previous quarter. 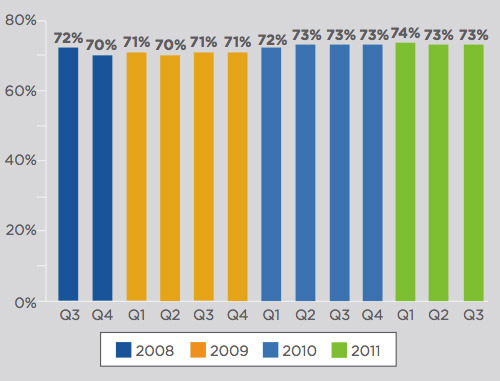 The .com/.net renewal rate for the third quarter was 73.3 percent, up from 73.1 percent for the second quarter. Source: Verisign.

While it is impossible to forecast the impact of the new custom TLDs, understanding their categories will be critical to navigating the new domain landscape. The new custom TLDs will be composed of brands, communities, geographic locations, industries, interests, specific services, as well as internationalized TLDs in non-Latin scripts. Once the application window closes and ICANN posts the strings for which applications have been filed, we can begin to assess this altered landscape.