Daily deal sites generated a lot of news and excitement in 2011 — mostly from the consumer perspective. I thought it would be useful to review some of the key factors in deciding whether participating in daily deals is a good idea for merchants.

Some commentators have suggested that “daily deal fatigue” has set in amongst consumers. But the revenue forecast for daily deals remains healthy. Advertising research firm BIA/Kelsey forecasts that in 2015, daily deal spending will reach $4.2 billion. While the discounts offered in daily deals can certainly benefit consumers, they can be problematic for merchants.

While there are many small daily deal websites, Groupon and LivingSocial control about 73 percent of the daily deal market, according to online deal aggregator Yipit. However, more competition from companies with a lot of clout is on the horizon. Google Offers is in beta testing in over 20 local markets. Google is also aggregating deals from smaller daily deal sites and has 14 partners already. Soon, PayPal will likely launch a mobile coupon site, with some of the country’s biggest merchants as partners. PayPal will utilize smartphone GPS features, and take advantage of its knowledge of shopping habits to offer location-based deals. Both of these companies can challenge Groupon and LivingSocial. Facebook, which also took a look at this market, ended its Facebook Places daily deal test last August after four months.

LivingSocial is a private company. It does not get as much scrutiny as Groupon, which went public last year. Groupon’s stock is currently trading below its initial offering price of $20. It dropped last week partially in response to the results of a survey of daily deal participating merchants by Susquehanna Financial Group and Yipit to determine the concerns companies have about using them. While 80 percent of respondents were satisfied with daily-deal companies, about 52 percent of merchants said they are not planning to use deals in the next six months and that contributed to worries about Groupon’s business model. However, most of the commentary neglected to mention that the percentages are based on only 100 responses out of a sample of 400, hardly a statistically significant figure. Nevertheless, if daily deal sites have to continually find new merchants to replace those who opt out of participating, their marketing costs will skyrocket. It is much more costly to obtain new customers than maintain existing ones. 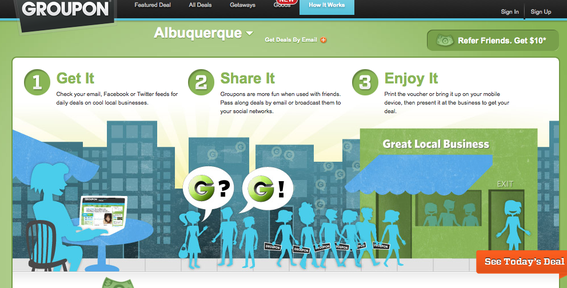 Are Daily Deals Right for Your Company?

Usually merchants are asked to reduce their prices by 50 percent for a daily deal. The daily deal sites then take 40 to 50 percent of the already discounted revenues, leaving merchants with roughly 25 to 30 percent of the retail price. Only if the customer buys another item or service at regular price along with the discounted item does the merchant likely make a profit. If you have high fixed costs and run the discount for several weeks, chance are you will lose money. One way merchants can make a profit is if a high percentage of people who buy the deals don’t redeem them. Yipit estimates that about 20 percent of deals go unredeemed. In the United States, Groupon and LivingSocial pay merchants for unredeemed coupons.

Merchant payment terms can also affect a decision to participate. Groupon’s S-1 registration statement — for its initial stock offering — states that it pays all merchants on a 90-day schedule. However, merchants have reported negotiating terms of full payment of their share of coupon revenue within 30 days. Sometimes payments are made in installments. LivingSocial pays merchants their full share within 15 days of customer purchase. Google’s new daily deal product reportedly pays out 80 percent of a merchant’s cut within four days and the remainder within 60 days. 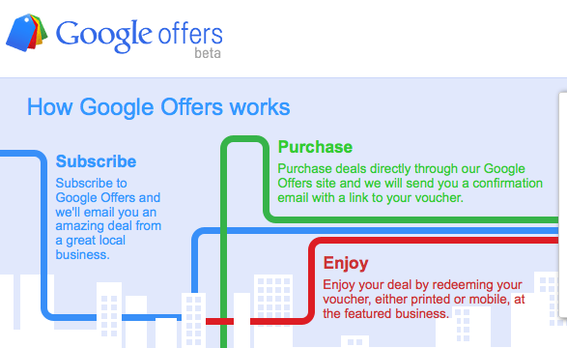 If you are looking to increase your business’s visibility and are using daily deals as a source of advertising, then participation may make sense. But also consider the cost and whether the daily deal, with its fickle consumers, is the most cost effective method of advertising. Again, the results here are mixed.