Internet video consumption edged out television watching in 2012 for some groups, according to Nielsen’s Global Survey of Multi-Screen Media Usage, which asked 28,000 Internet respondents worldwide about their video viewing habits. The survey was conducted online, so it obviously excluded that small number of individuals who have television service but no Internet access. Nonetheless, its findings do indicate that online video is not only accepted, but popular.

Streaming video’s popularity in turn is fueling three trends that could impact how web retailers do business in 2013. These trends include continued growth in the use of product videos, the use of video advertising on YouTube, Hulu, or similar platforms, and the use of content video to augment blogging and social media engagement strategies.

Similarly, not only are a greater number of merchants using product video, those merchants seem to be using it for a greater percentage of products. SundaySky also reported that nearly half of the top 50 Internet retailers had more than 1,000 videos.

Video adaption seems to also be driving sales. Some published reports claim that adding descriptive product videos can boost conversion rates anywhere from 10-to-40 percent. Since most merchants don’t publish conversion rates, these estimates could be speculative, but one indication of how effective product videos are may come from another video-platform provider, Treepodia. Treepodia has begun offering a four-times return on investment guarantee, meaning that any merchant employing the company’s product video platform will see an increase in sales of at least four times the monthly cost of the service. This sort of offer may indicate the typical improvements in sales that services like Treepodia generally see from current customers. Put simply, description product videos may help online retailers improve sales in 2013. 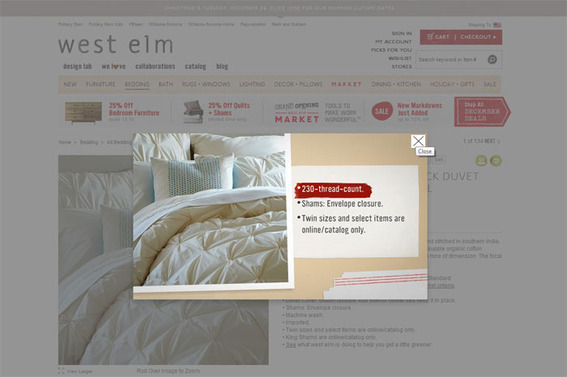 Video Advertising May Be More Important

Ecommerce marketers need to take a serious look at pre-roll video advertising in 2013. According to data from trend-tracking firm comScore, consumers (potential customers) watched more than 11 billion video advertisements in October 2012, tying an all-time record for the most online video advertisements watched in a month. That all-time record was first set in June 2012, just a few months earlier. And some expect 2013 video ad consumption to reach 12 billion per month for more for some peak months.

Simply put, people are now watching more Internet video than ever — video streaming represents 56 percent of all bandwidth usage according to Cisco, a maker of web-related hardware — and those people are very willing to watch a short video commercial first. Ad blockers cannot stop pre-roll video, and pre-roll video can include links directly to the advertiser. For all of these reasons, online video advertising could be a great way to find new customers in 2013.

In 2013, more merchants may produce content videos that entertain shoppers or inform them. These videos are relatively easy to share on social media sites and can go a long way to building brand relationships with shoppers.

For example, Coastal Farm Stores, a retailer in the Pacific Northwest, recently started a video series showing what it might be like if Batman came to work at its store.