Dan Roitman founded his education-focused ecommerce company, Stroll, while he was a student at the University of Maryland, studying international business and German, in 2000. He financed his fledgling business on his credit card, leveraging $70,000 to take the company to profitability in 2002.

Roitman was born in Germany and relocated to Maryland with his mother when he was nine. Eleven years later at the university, Roitman discovered a digital text-scanning highlighter pen made by a Swedish company.

“I thought it would be a great tool to create study guides, outlines, and summaries for college students and I convinced my former professor — who was Swedish — to fly with me to Sweden to pitch the idea of marketing it to college students,” Roitman said.

“With that distribution list, we could advertise to students directly. The manufacturer liked the idea and gave me some funding, and that is how the company started.”

While the manufacturer decided to pull out of the U.S. retail market, leaving Roitman without a product to sell, the strategy of taking a little-known educational product and using direct marketing principles to market it, became his way of doing business.

Roitman convinced educational publishing company Simon & Schuster to license him the rights to a virtually unknown language learning program, Pimsleur Approach, which is now a leader in audio-based language learning and the second best-selling foreign language system after Rosetta Stone. 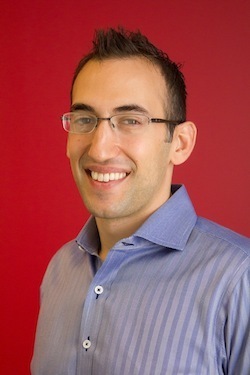 Today, Stroll is among Simon & Schuster’s largest reseller of audio content, increasing its revenue at a compounded annual growth rate of over 70 per cent since 2002. Stroll made gross revenues of $16.7 million in 2009, $17.03 million in 2010 and $35 million in 2011. Roitman expects Stroll to become a billion-dollar plus company by 2020.

Like other talented young ecommerce merchants without money to invest in an off-the-shelf shopping cart, but with plenty of time and drive, Roitman built his own website by following a “learn how to program in 24 hours” book.

While he cannot remember what it was based on, the original Pimsleur Approach shopping cart is now custom, with an in-house team of 20 developers, designers and quality assurance specialists who handle all of its web development.

“This approach allows us to build incrementally on what we have in place, so we don’t have to put a lot of money into new functionality at each new stage, because we’ve already vetted and tested it.

“However, we plan to shift to a hybrid platform that combines our proprietary platform features, such as the multivariate testing suite we’ve built, with off-the-shelf functionality.”

The original Pimsleur Approach shopping cart was integrated with payment gateway VeriSign that led to a merchant account held with Roitman’s local bank.

“We’ve generally always opted for having an actual merchant account versus using something like PayPal because it gives us more control and is less expensive.”

“Originally, we cobbled together our own tools for this function,” Roitman said.

“As we started to generate significant orders in 2003, we invested in an external order management system which was a traditional software based platform.

“It worked for us for about two years until we moved on to a web-only platform because access on the original system was not as reliable.

“Luckily, there are many great SAAS hosted back-office solutions out there. We also have an 18,000 square feet distribution facility in Philadelphia from which product is shipped.”

Roitman believes ecommerce hosting needs depend on your volumes.

“For our first $2 million in revenue, hosting costs were about $50 per month and met our needs. As revenue increased, we couldn’t afford a second of downtime. Today we spend up to $50,000 a month on hosting alone when you factor in content acceleration network expenses.”

Stroll has grown from 46 employees in 2010 to 166 employees to date, with most working in its head office in Philadelphia.

Roitman said Stroll is obsessive about selecting employees who think strategically and can tough it out when things get difficult.

As an education-focused company, Stroll pays for employees to attend industry, trade, and networking events, workshops, and training programs, to purchase and read business books, and subscribe to industry publications.

Roitman learned SEO and website conversion skills by networking with more experienced marketers to find out what really worked — measuring and monitoring how well he was converting website visitors to customers from each advertising source.

“For instance, during an early email campaign, I re-tooled the subject line to strengthen the offer and heighten the emotion until I achieved the desired ROI.

“I saw the return I got on every single advertising dollar I spent which allowed me to systematically test creative strategies.”

Roitman reasoned that if small tweaks over time compounded into big results for an email marketing campaign, it could work with every aspect of his business—from marketing to human resources and management.

“Over time we’ve built very sophisticated data and analytics models that allow us to operate on a grand scale and grow rapidly.

“We take a very ‘white hat’ approach as we don’t want to be subject to sudden changes in Google’s algorithm because we employed a tactic that isn’t long term. Our SEO strategy is focused on being a really useful, engaging website.”

Roitman said Stroll has invested over $1 million in providing free resources, games, and tools for the broader community as part of PimsleurApproach.com’s online resource section, which helps SEO. 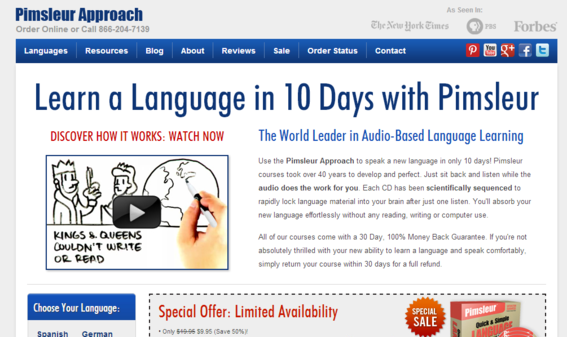 Roitman found Pimsleur Approach on the Internet in 2001 and knew it was a product with great potential but simply not marketed effectively.

“We are always looking for consumer educational program products that enhance our customers’ lives, offer high margins, are ‘informational in from and transformative in substance’, and that are scalable.”

Roitman plans to buy more companies or license other products starting in 2014.

“While most companies budget once per year, we have experienced periods of growth where we are budgeting monthly, to ensure that we’re completely calibrated with cash availability and demand,” Roitman said.

In 2010, Stroll streamlined its internal accounting procedures by going paperless, including the use of Bill.com for cash flow management.

“I would highly recommend it to anyone who wants to optimize their entire financial controls process. Even as we scale further, I am always on the pulse on every expense and know exactly where we stand.”

Stroll uses social media, but does not see it as a real acquisition channel currently.

Stroll has always used an in-house call center because of the lower cost and higher degree of flexibility. In 2008, the company’s customer service department was significantly upgraded to boost expectations and processes, hiring a new team of customer service representatives who reflect its core values.

“We monitor call volumes every day to be sure our phones are being picked up in 30 seconds or less,” he said.

Appropriately for a company whose biggest product is its foreign language learning system Pimsleur Approach, Roitman said most of his call center representatives have a tag above their desk, which designates which languages they speak or are in the process of learning. Next year, the company wants call center representatives to demonstrate their learned language skills on at least 50 per cent of calls.

Roitman and his former business partner successfully test-marketed the digital text-scanning highlighter pen at two universities and were about to expand to 20 universities when the Swedish manufacturer unexpectedly pulled out of the U.S. market.

“I’d failed to ensure they were committed to the marketplace and was left with no product to sell. Unfortunately, they wanted to license their technology in the security applications field and leave the retail space,” he said.

“I didn’t have the capital to hire, train and maintain a team of sales professionals so I had to shift my business model to focus on direct advertising. It cost me a year about $30,000 in debt.”

It was at that time Roitman turned his attention to language learning products, where he could target consumers directly via advertising.

“The lesson I took away from it was to stay as close to my core areas as possible.

“Our strategic focus is on putting the infrastructure in place to be able to buy or license products to plug into our platform and allow us to scale.”

Being a hyper-growth company, Stroll has had many successes.

Roitman cites his biggest success as when he convinced Simon & Schuster to license to Stroll the rights to sell Pimsleur Approach.

“I began by working through a distributor as an authorized reseller. What really opened the door to working directly with Simon & Schuster was Stroll’s proven ability to accelerate sales of the product.

“Once they established that we could supercharge sales, we forged a relationship directly with Simon & Schuster and as sales grew, Stroll became one of the largest resellers in their audiobooks division. A year later, we negotiated a licensing agreement.”

Since then they have become one of Simon & Schuster’s largest partners.