May 4th is Star Wars Day, a fun, made-up holiday that gives content marketers an opportunity to address customers and prospects.

May is good for content marketers. The month includes many holidays and events, giving marketers compelling, timely topics to cover.

Content marketing seeks to attract, engage, and retain customers through the process of creating, publishing, and distributing articles, videos, photos, or similar content. Customers and potential customers read, watch, or listen to the content you make. They want something from your content. But in return they recognize that you gave them something of value, and, in some cases, they will reciprocate, buying the products you sell.

Star Wars is one of the most popular science fiction series ever. There have been seven Star Wars films released, from 1977’s Star Wars: A New Hope to last year’s The Force Awakens. There have also been several book series, including a couple hundred titles; a few television shows; and years of comic books.

Recently, Disney acquired the rights to Star Wars and has promised a new Star Wars-related movie every year. This year’s Star Wars movie, Rogue One: A Star Wars Story, will be released in December.

Put simply, there are a lot of Star Wars fans among your customers, and May 4th is Star Wars Day.

May 4th was chosen for this made-up holiday because when you say “May the fourth” out loud, it sounds something like “May the Force,” which in a slightly longer form, “May the force be with you,” is a popular phrase from the Star Wars series.

With such widespread culture recognition, Star Wars Day is easy to create content around. Here are a few examples. 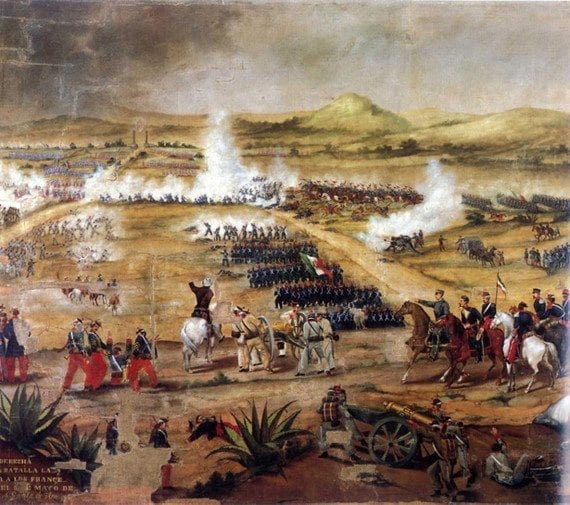 Cinco de Mayo honors Mexico’s 1862 victory at the Battle of Puebla. This is the Anónimo, Batalla (Anonymous, Battle) depiction.

Primarily celebrated in the United States, Cinco de Mayo is an opportunity to honor Mexican-American culture and the many contributions it has made.

From the marketing perspective, consider publishing content that describes the holiday historically. For example, many people confuse Cinco de Mayo with Mexico’s Independence Day, which is actually on September 16. Rather, Cinco de Mayo commemorates Mexico’s victory over France at the Battle of Puebla in 1862.

The Kentucky Derby is a premier horse racing event and an opportunity to produce Derby-related content.

The Kentucky Derby is one of the United States’ premier Thoroughbred racing events. It has been held every May since 1875, and it generally includes the fastest three-year old Thoroughbred horses on the planet. The race even carries a $2 million purse, with $1.425 million going to the winner.

Held at Churchill Downs in Louisville, Kentucky, the Derby is the first leg in the Triple Crown of Thoroughbred Racing, which also includes the Preakness Stakes (held at Pimlico Race Course in Baltimore, Md. on May 21, 2016) and the Belmont Stakes (held at Belmont Park in Elmont, N.Y. on June 11, 2016).

Famous winners include Secretariat in 1973, Affirmed in 1978, and, most recently, American Pharaoh in 2015.

There is also much tradition around the Kentucky Derby, which can be good for content marketers. For example, the Kentucky Derby goers often drink mint juleps and eat burgoo, a spicy stew. Retailers selling products related to food or cooking could publish articles about how to celebrate the Derby at home, and include recipes.

According to an April 2015 survey from the National Retail Federation, Americans planned to spend more than $170 each on Mother’s Day gifts — more than $21 billion collectively. Popular purchases include clothing, jewelry, flowers, consumer electronics, household items, gardening tools, and personal services.

What’s more, about 25 percent of American adults planned to do at least some of their Mother’s Day gift shopping online, again according to the National Retail Federation survey. 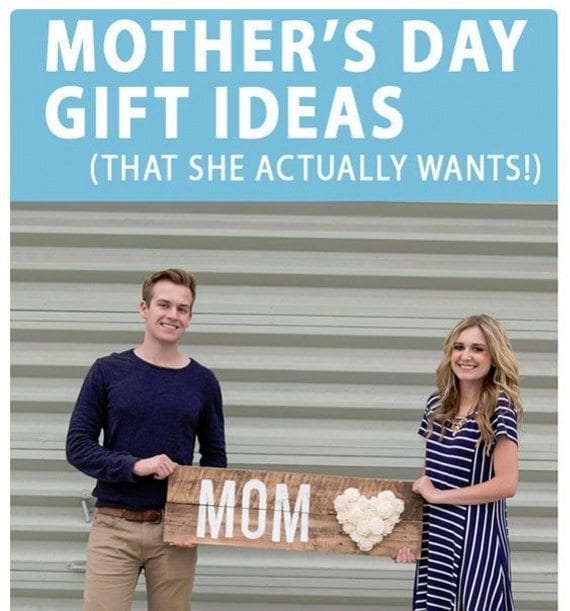 This is an example of a pin promoting Mother’s Day gift ideas.

First, publish a thoughtful list of Mother’s Day gift ideas. It should feature products you carry, information about the products, and an explanation of what makes the item a good gift.

Content marketing around Memorial Day will not make sense for every business or brand. If your company offers humorous products, for example, a sentimental remembrance may not fit.

But for those brands with a more moderate tone, Memorial Day is a good time to express sincere expressions of gratitude. This year, consider publishing an article or video describing how much your business appreciates the sacrifices others have made.