Pinterest is the most important new social sharing site in 2012, giving online marketers both a new way to engage potential customers and a means of boosting sales.

Although there have been conflicting reports of just how Pinterest is impacting business fundamentals like sales, the general consensus is that Pinterest may be a better source of referral traffic for online retailers than any other social media site at present.

To help gain traction on Pinterest, some businesses have turned to running pin-to-win contests that encourage customers to spread the word about new products and provide a lot of useful information to marketers.

What follows are five tips for running a successful pin-to-win contest on Pinterest or similar social sharing sites.

A pin-to-win contest sounds simple enough. But there is not really a good mechanism for capturing pinned entries, awarding prizes, or tracking the contest on Pinterest. The platform simply doesn’t support the kinds of relationships or extensions that make contests fairly straight forward on other social media sites. 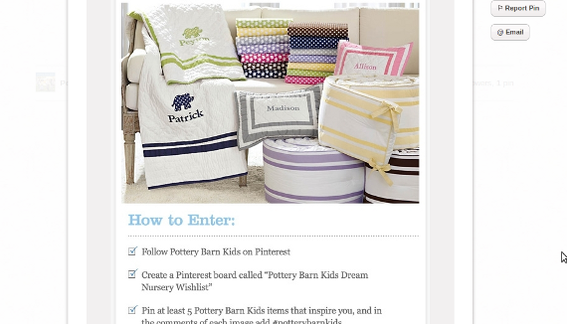 In contrast, a recent Nordstrom contest that ended August 5, 2012 asked entrants to pin three items and complete a short form. An even better solution might be a pin-to-win button directly on the business’s site. When a user clicks, that user is asked to provide an email address and name and is then forwarded to Pinterest to complete the pin.

No. 2: Offer a Significant Prize

Contests are very valuable to marketers, who can not only get products in front of potential customers, but also capture email addresses, names, and even product preferences of customers and future customers alike.

With this in mind, don’t be stingy with the prizes. The rather completed Pottery Barn Kids contest mentioned above offered a $1,000 shopping spree. Likewise, the Nordstrom pin-to-win contest promised $1,000 in Nordstrom gift cards.

The contest’s prize should be proportional to the expected number of entries.

No. 3: Have Things Worth Pinning

It is also important to have images or videos that are worth pinning. While some people on Pinterest will happily pin bland product images, the most influential Pinterest users will not sully their reputations with mediocre imagery. Pinterest user Patrick Minkley, who has more than 877,000 followers, is a great example. His boards are essentially devoid of standard product images, but feature hundreds of products. 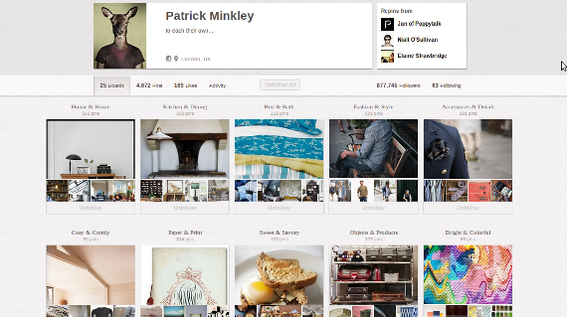 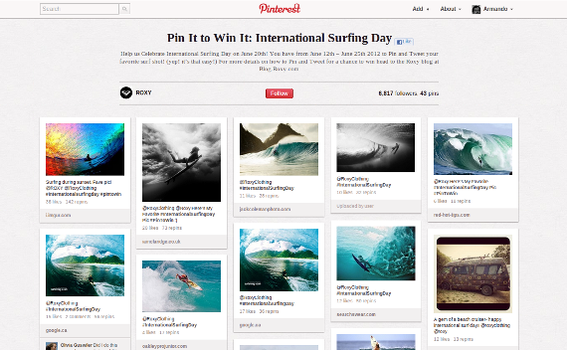 No. 4: Support the Contest on Other Networks, Media

As with any contest, it is important to support a Pinterest pin-to-win promotion on other social media networks, in email, and on site.

Simply let followers, fans, and users know that a pin-to-win contest exists and how to enter. But do avoid making other social media sites part of the entry process — see tip number one above. For example it would be a bad idea to ask someone to pin something and then tweet it or post it on Facebook.

Nordstrom supported is pin-to-win contest across social media and on its own site.

No. 5: Reward Everyone Who Enters

Finally, consider rewarding everyone that enters the pin-to-win contest. As an example, give every entrant a coupon code good for 50 percent off of a $100 purchase or similar.