Content marketing is the act of creating (or curating) content, publishing it, and promoting it to attract, engage, and retain an audience of customers and prospects.

What follows are five content marketing ideas for your company in April 2021.

History can be a source of content marketing ideas. It helps us understand the world today.

With this in mind, consider including the creation of the Pony Express in your company’s April 2021 content marketing. 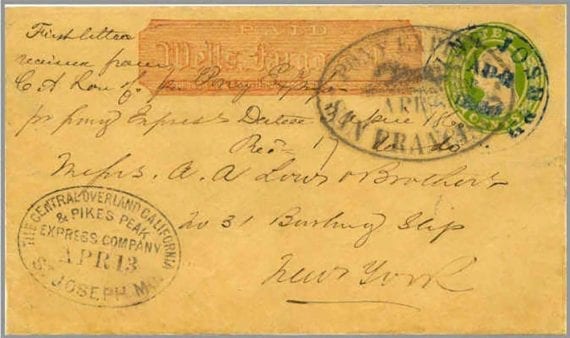 This letter postmarked from the first Pony Express run in 1860 shows that it took 10 days to get from California to Missouri.

The Pony Express debuted on April 3, 1860, when horsemen simultaneously left St. Joseph, Missouri, and Sacramento, California, on a 1,800-mile relay ride. The mail from Sacramento arrived in St. Joseph in 10 days.

Let your company’s brand and content marketing goals dictate how you can integrate the Pony Express story.

For example, a retailer that sells cowboy boots, western apparel, or even equine tack could tell the historical facts, focusing on the wild west experience, since that may well be engaging for the business’s customers.

Another retailer could write about the Pony Express in the context of transportation.

National Beer Day is a relatively new holiday in the United States. It was first celebrated in 2009 when Justin Smith of Richmond, Virginia, created a Facebook page describing the celebration, which was said to honor the day the Cullen–Harrison Act was enacted in 1933, making it legal to sell beer with an alcohol content of 3.2 percent or less in the United States. The act was the beginning of the end of prohibition. 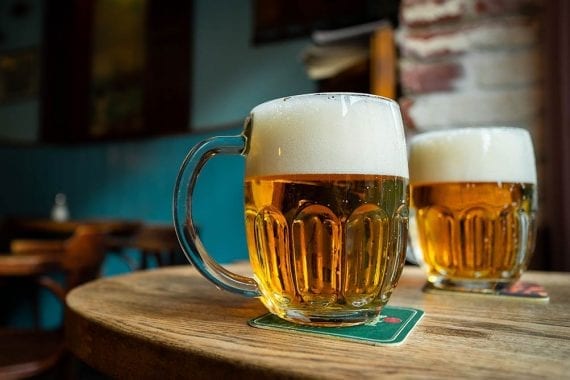 Celebrate National Beer Day in writing and, perhaps, with a pint or two. Photo: Radovan.

Smith’s National Beer Day was covered in the media and was officially recognized in Virginia in 2017.

Your company’s April content marketing could include beer-related articles, such as:

For more inspiration, consider that apparel company Mr. Porter has published dozens of articles about beer, including: 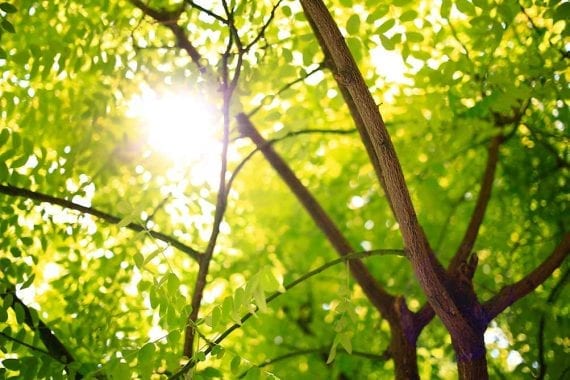 Arbor Day started in Nebraska in 1874. It is celebrated on various dates throughout the United States, with the last Friday of April (the 30th in 2021) being the most common.

Arbor Day is meant to encourage folks to plant, nurture, and celebrate trees. For your company’s April content marketing, you could convey these ideas in articles, videos, and podcasts.

Here are some examples:

If you can quickly describe your product or service, consider creating TikTok videos. 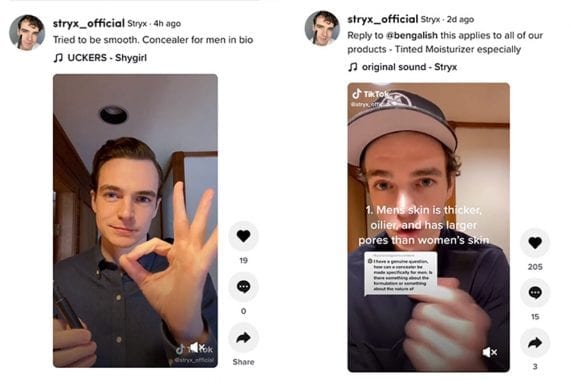 Jon Shanahan has helped Stryx develop an audience on TikTok. That audience has also contributed to the company’s sales and profit.

TikTok content should feature an individual that represents the brand. The content should be TikTok native, meaning that it is made for TikTok and follows its conventions.

TikTok doesn’t restrict your content to followers. It puts the videos in front of, potentially, all users. According to Shanahan, who participated in a live interview for CommerceCo by Practical Ecommerce, his first TikTok video was seen more than 300,000 times.

Consider producing videos that affirm the lifestyle your brand promotes.

For example, Maverick Car Company in Boise, Idaho, sells trucks and sport utility vehicles. Many of the company’s customers enjoy an active outdoor lifestyle, so the company creates videos focused on those activities. Examples include videos on snowshoeing, skate skiing, and rock climbing.