Google Analytics is a powerful, free web analytics platform. However, it has gaps that are better served by other tools. I’ll address those gaps and tools in this post.

Heatmaps. Google Analytics used to have basic heat mapping capabilities. It does report the most popular links on a page (at Behavior > Site Content > All Pages > [select page] > Navigation Summary). But other vendors, such as Crazy Egg, are better at providing graphic-rich heatmaps. 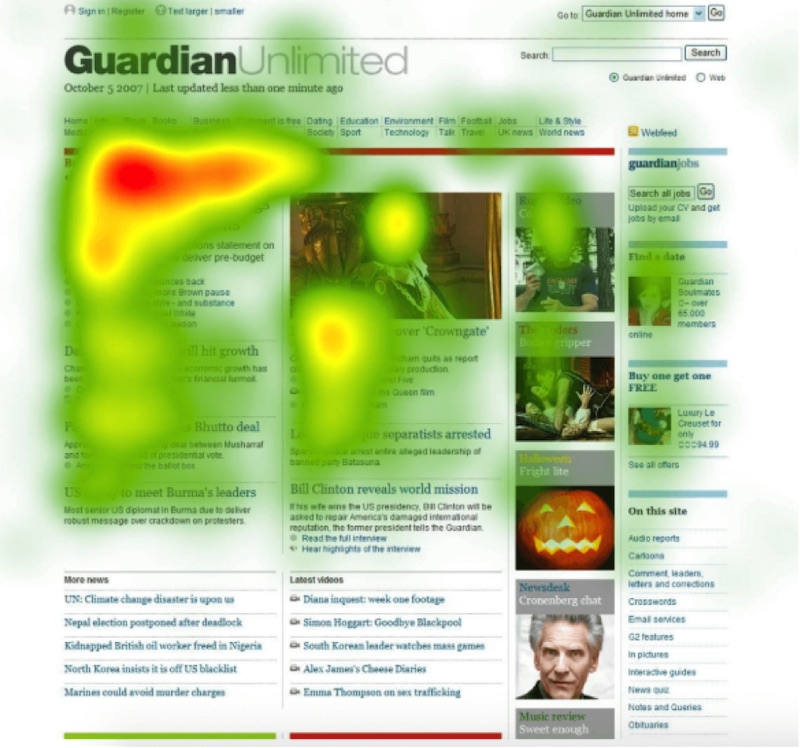 Heatmaps show visitor behavior on a website. This screenshot is from Crazy Egg.

Customer session recordings. Viewing a user’s session as if you are looking over his shoulder can reveal how that user interacts with your website and can identify, for example, why shoppers drop out of the path-to-purchase funnel. Google Analytics cannot record sessions for playback, but other vendors, such as Inspectlet, specialize in this service. 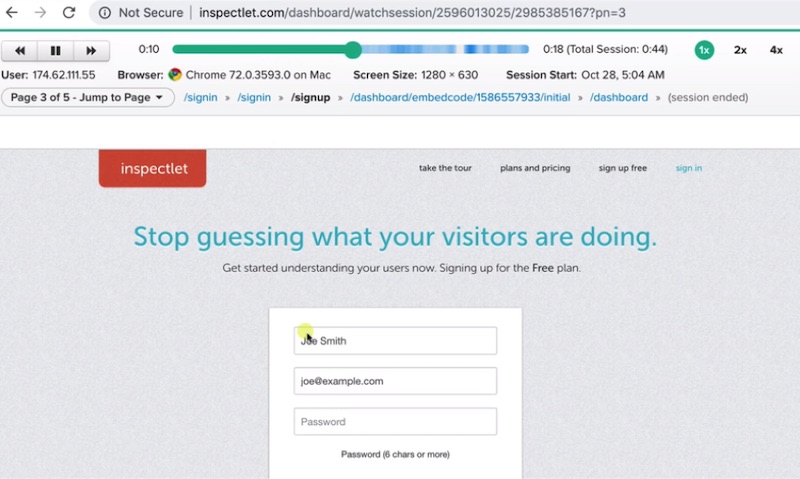 Inspectlet can record a visitor’s session for subsequent playback.

Dashboard reporting. Google Analytics offers data customization capabilities, even some dashboard features, but there are limitations on how the data can be presented. The visual appeal of dashboards in Google Analytics is weak. Other solutions do a better job. One powerful example is Data Studio, which Google released from beta two years ago.

Data Studio enables rich dashboard reports. It integrates with Google Analytics, which makes assembling those reports much easier.  The following report in Data Studio is customizable for any online store. 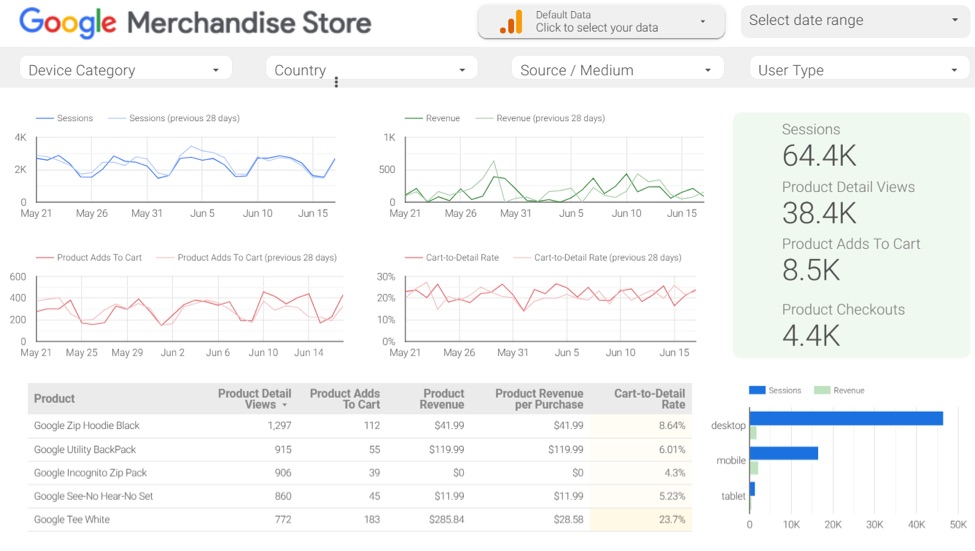 Merchants can prepare custom dashboards in Google Data Studio, which integrates with Analytics.

Reporting at the user level. Google Analytics reports at an aggregate level, such as by campaign, keyword, and geolocation. Google prohibits the reporting of personally identifiable information — i.e., name, email address, phone number. Other options, however, report site engagement and ecommerce activity by anonymous user. An example is Piwik Pro. 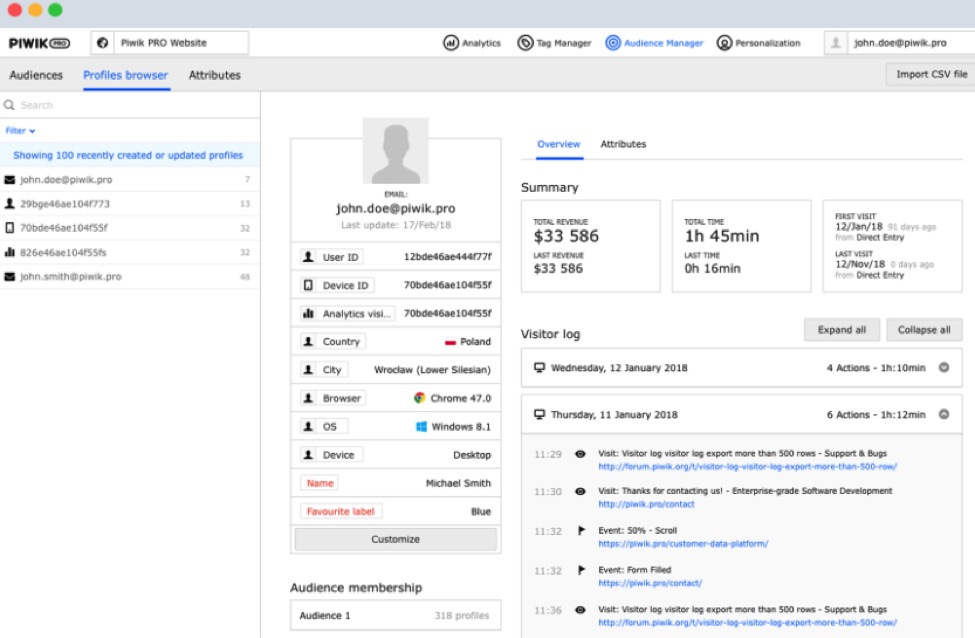 Social media reporting. Google Analytics can track visitors to a merchant’s website from social media. But it cannot report social media engagement. If you want insights on, say, likes on Facebook, impressions on Instagram, followers on Pinterest, or engagement on Twitter, use a dedicated social-media-reporting platform, such as Sprout Social. 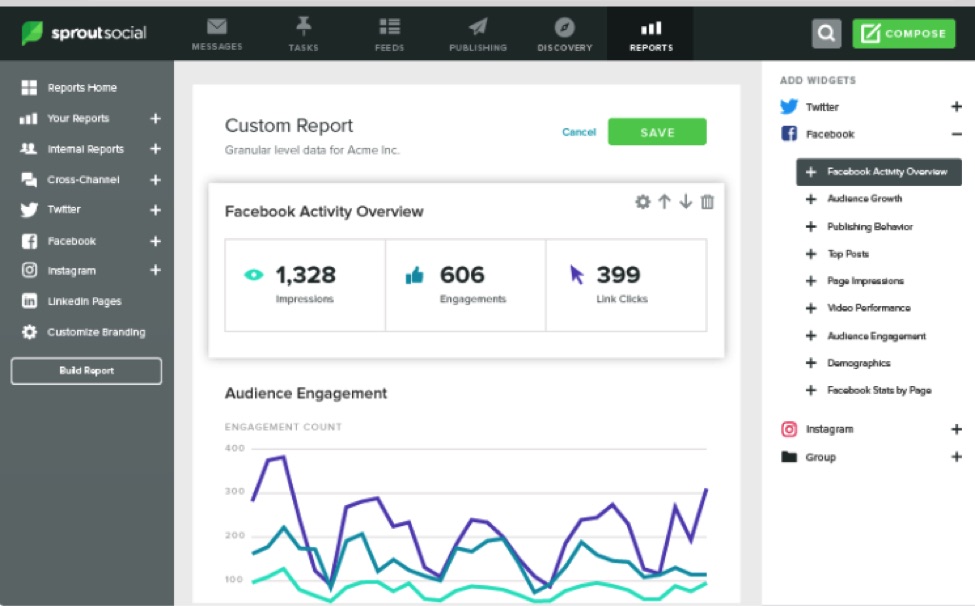 Alternatively, use third-party connectors for the social media networks in Google Data Studio.

Sales from online marketplaces. Marketplaces such as Amazon, eBay, and Walmart do not allow Google Analytics tags. Thus merchants must rely on reports from those platforms or from third-party solutions, such as, again, Data Studio connectors. 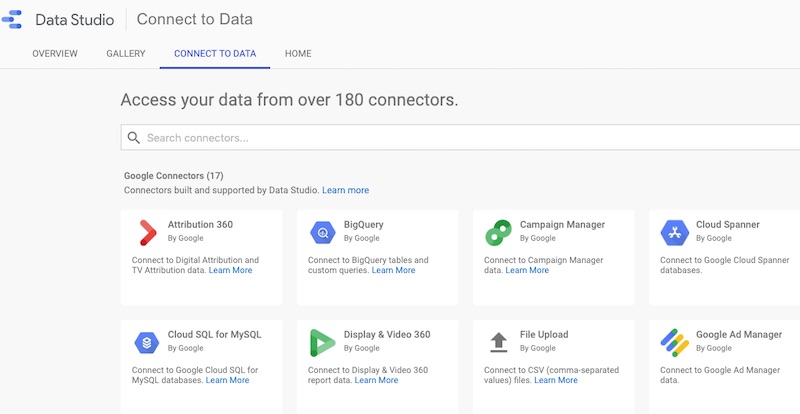 Phone-order sales. Tracking telephone sales is challenging. Google Ads offers call reporting, which displays a dynamic phone number on a Google Ad or even a website to track those calls. But Google Ads cannot track the substance of the call, such as whether it was a lead, a sale, or a customer-service query.