A good marketing plan can include a mixture of tried and true tactics and, also, somewhat unusual or uncommon promotions.

With the 2017 Christmas shopping season closing in, your marketing department will want to have familiar and reliable marketing tactics in place. 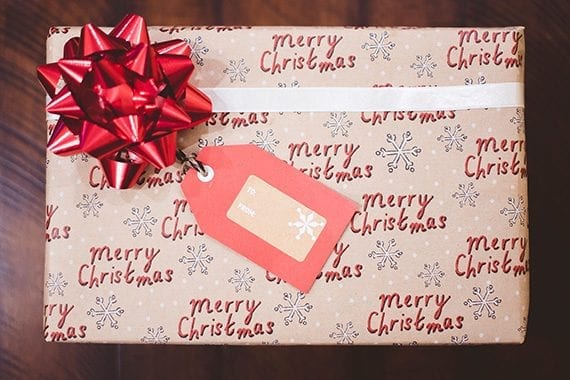 Once these foundational advertising tactics are planned, scheduled, and ready, it can be valuable to experiment with what some might call unusual marketing tactics or at least tactics that retailers seem to be using less frequently than other industries.

It is possible that the single best ad or promotion your business does during the holiday season is something you’ve never tried before.

PetFlow, an online pet food and supply retailer, has sent as many as 12 million direct mail offers in a single month to attract new shoppers.

These promotions were sent via shared mail provider Valpak and may well have been one of the company’s most successful marketing tactics.

Separately, a brick-and-click retailer in the Northwest uses coupons in shared mail to generate millions in annual sales.

Shared mail providers put several ad coupons together in a single envelope or mailer. Those ads cost about $3,500 to mail 100,000 offers, including printing — much less than sending a direct mailing yourself.

Choose a geographic region near your warehouse to reduce shipping costs.

Give a Gift Card to Best Customers

Mine your data and identify your top customers. Then send them a gift card or gift certificate for your online store.

Include a note thanking them for their loyalty and consider encouraging them to buy something nice for themselves (self-gifting will be big in 2017).

As a variation, try sending the gift card to customers who used to shop with you regularly, but who have not been back for a while.

Engage a Charity or Organization

Reach out to a charity or nonprofit organization and ask it to market for your business.

The promotion might work like this. Offer the organization a donation, say 3 percent of all sales it generates, then provide it with an “organization code” to enter at checkout so you can track sales.

In exchange for your forthcoming donation, the nonprofit will promote your business (and the nonprofit’s organization code) to its members and supporters, encouraging them to shop with your store during the holidays.

OTT devices — such as Roku, Apple TV, Google TV, and phones — put viewers in control of when and how they watch television shows or movies. And, perhaps surprisingly, these services also give advertisers relatively more control over video advertising than those advertisers would get on traditional television programming.

First, you can control who sees your OTT video ads, targeting those viewers most likely to be interested in your products.

Second, many OTT ads (think Hulu, for example) cannot be skipped. The viewer has to watch the entire commercial. While it is true the viewer might get up and grab a beverage while your ad is running, odds are good your video will be seen. 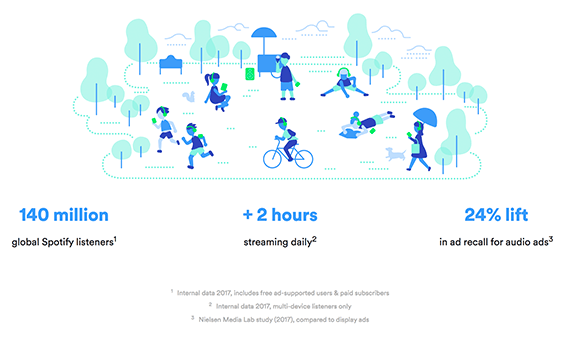 Both services offer listeners a free, ad-supported tier and therefore an opportunity for your business to reach holiday shoppers. Similar to OTT ads, you can identify the listeners you want to target and be certain they are not skipping your ads.

What’s more, many suppliers think of services like Pandora and Spotify as radio advertising, and may be willing to help offset ad costs.

Home Shopping Network and QVC are cable shopping channels founded in 1985 and 1986, respectively. Both businesses show products to viewers and offer them the opportunity to buy.

This is particularly useful for relatively complex products.

Take, as an example, the Orca Rocket beverage koozie, which sells for about $30. 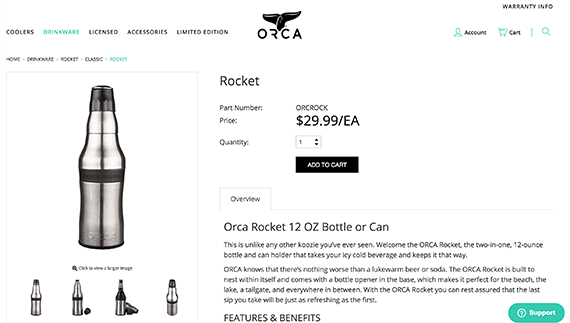 The Orca Rocket is a product that shoppers may not understand from just a picture. A live video sale would allow you to demonstrate how the product transforms.

A brick-and-click retailer had the Rocket in its stores for more than a year, and sold so few it decided to close them out. By chance one store sent Rockets to the retailer’s booth at barbecue festival.

At around 11:00 a.m., a festival goer asked about the Rocket and a store employee began demonstrating how it could be converted to hold a bottle or a can. The demonstrations continued, and by 2:00 p.m. the store had sold a year’s supply of Rocket koozies. Customers hadn’t understood the item’s value until they had seen it in action.

That is what you can do with live video streaming.