Twitter recently introduced a new feature called custom timelines, which are similar to Twitter lists except that you create them using tweets of your own choosing.

“Custom timelines are an entirely new type of timeline – one that you create. You name it, and choose the Tweets you want to add to it,” stated Twitter’s announcement regarding the new feature. 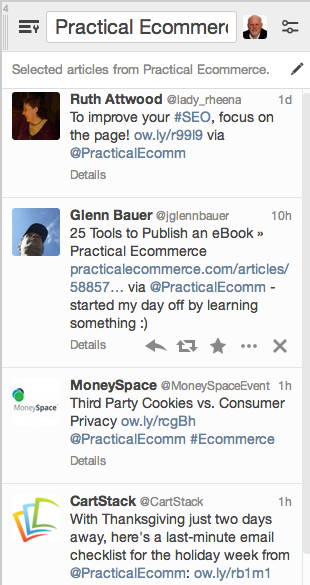 Users create timelines by selecting tweets from different columns — home, interactions, mentions, lists — and from various accounts based on keywords, hashtags, topics, or any other criteria. Custom timelines can be embedded into websites and are publicly viewable on Twitter.com via their own URL. Each timeline is identified by a title and 160-character description. As new tweets are added, they appear at the top of the timeline.

The only drawback is that you have to use TweetDeck, an application owned by Twitter, to create custom timelines. TweetDeck is available through the web or via Mac and Chrome apps. A desktop version is available for Windows users.

At first, custom timelines may appear no different than the infrequently used Twitter lists feature. The main distinction is that lists target Twitter users, while custom timelines focus on content.

Lists are created by adding Twitter users and little control can be exerted over what content appears. With custom timelines you curate the content that you want to appear, adding and removing Tweets to suit your liking.

How to Create Custom Timelines

Custom timelines are easy to create and require only a few steps.

Select and click on the Custom Timeline column icon from the left-hand column.

Select the custom timeline icon to start the process.

Click the blue “Create custom timeline” from the pop-up window that appears.

Click the button to create a new custom timeline.

Add a title and description to identify the topic and related content.

Add a title and description to identify the timeline.

This can be done using the “Move” icon that appears under each tweet when it is moused over. Click the icon and drag the tweet into the new column.

Drag the tweet into the custom timeline using the Move icon.

Alternatively, you can select “Add to custom timeline” from the drop-down menu. 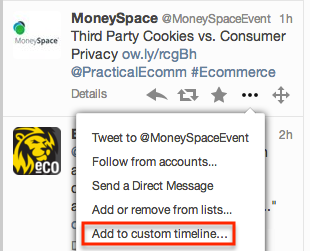 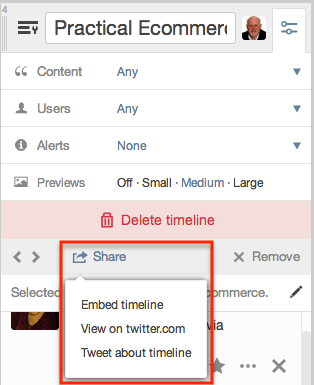 Sharing is where the real value to custom timelines comes in. For example, collecting a group of customer reviews about a particular product might serve as a useful addition to that product’s page on your ecommerce site.

Custom timelines can be shared in one of three ways: 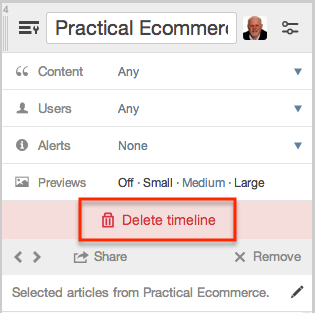 7 Ways Merchants Can Use Custom Timelines

Merchants can use custom timelines in a variety of ways. Here are seven ideas to get you started.

Twitter continually adds new features to increase its utility and functionality. In spite of the requirement to use TweetDeck, custom timelines are a unique feature that merchants can benefit from.