7 Lessons from Confucius for Ecommerce Businesses

Wisdom, personal or corporate, has not changed much in 2,500 years, or so it would seem. Confucius, the ancient Chinese philosopher and politician, has much to teach us about operating an ecommerce business.

Confucius — Kong Qiu — was born in about 551 B.C.E. He served in government. He edited or wrote five of the classics of Chinese literature. And he founded a philosophical movement. 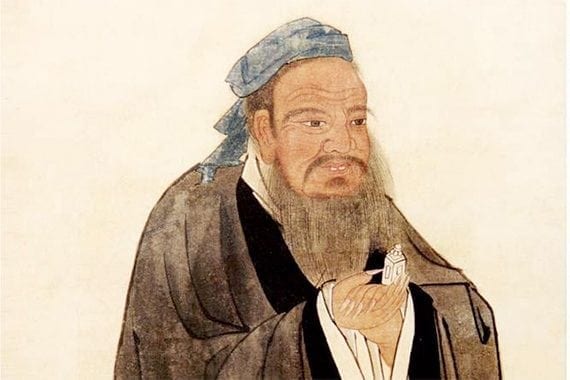 His philosophy is based on common sense, Chinese tradition, and morality. Confucius is also infinitely quotable. And it was, in fact, some of his quotes that inspired this article. Let me explain.

Recently, I read “Reinvent Yourself,” a 2017 book by James Altucher. Several chapters are devoted to applying quotes or behaviors from business leaders, political leaders, and even Superman to personal, professional, or corporate growth.

Altucher’s technique prompted me to think about quotes that have inspired me. These include seven from Confucius.

“Study the past if you would define the future.” Your ecommerce adventure may seem unique. But there is still a lot you can learn from others in our industry.

Twice a year, I sit down with the marketing directors and managers of about 40 brick-and-click retailers to discuss what’s working and what is not. We teach each other how to be better leaders, managers, and innovators.

“Success depends upon previous preparation, and without such preparation, there is sure to be failure.” Ecommerce requires planning and persistent execution. To operate a traditional retail ecommerce business, you likely need to place purchase orders months in advance — forecasting demand and sales.

“When it is obvious that your goals cannot be reached, don’t adjust your goals, adjust the actions.” I paraphrased this one a little. But the idea remains the same. You’ve presumably set goals for your ecommerce business, such as sales targets or the number of inventory items.

Regardless, there will likely be times when it becomes clear you won’t hit your target if you stay on your present course. You can choose to miss the goal, or you can choose to take additional actions.

“It doesn’t matter how slowly you go as long as you don’t stop.” “Entrepreneurship is not the glamorous career path it’s been made out to be,” wrote Steve Tobak, a management consultant, in an Entrepreneur article.

“More than anything, entrepreneurship is a game of attrition. It’s about having the determination, the discipline, and the cash to see it through. It’s about not giving up and being the last man or woman standing when everyone else has fallen by the wayside.”

“The person who moves a mountain begins by carrying away small stones.” Ecommerce success may come in several forms, but, in my experience, it’s the result of doing many small things well.

“‘One small step for a man, one giant leap for mankind.” When Neil Armstrong walked on the moon and spoke these words, it was transformative. It was anything but “one” or “small.”

“Executing that first successful mission to the moon was composed of thousands, and maybe even millions, of small steps and victories,” wrote Stephanie Breedlove, co-founder of Care.com, in a StartupNation article. “A giant leap of this magnitude does not happen overnight; nor does it happen with broad strokes of effort. It’s the same for successful leaps in entrepreneurship. They are always composed of many small steps and little victories.”

“Better a diamond with a flaw than a pebble without.” We would all hope our ecommerce operations are perfect, flawless gems. We want our platform to function perfectly. We want every order to be shipped on time and arrive just as expected. We want every customer interaction to be the best possible. But that is not reality.

Very often ecommerce entrepreneurs experience flaws, problems, and workarounds. But it’s better these than no business at all.

“He who will not economize will have to agonize.” In April of this year, Business Insider reported that brick-and-mortar retail businesses were filing for bankruptcy in record numbers. Some pundits blame the rise of ecommerce. But ultimately it was lack of cash that killed these companies.

If you want your ecommerce business to be a success, spend less than you earn.

“The best time to plant a tree is 20 years ago. The second best time is now.” While this saying is often attributed to Confucius, it is more likely a general Chinese proverb that sounds like something he would say. I’ll call it a half lesson. If you need to change your ecommerce business — or even launch a new one — do it today.