The Alibaba Group, the Chinese ecommerce juggernaut founded in 1999, is likely to become the largest U.S. IPO of all time. The company earlier this month filed papers to begin selling stock on the New York Stock Exchange.

The Alibaba Group has six primary businesses. All of the businesses facilitate sales between buyers and sellers; none of them holds inventory.

Together they generate 11.3 billion annual orders from 231 million buyers. The three Chinese retail sites account for over 80 percent of Alibaba’s revenues. Many major American brands sell on Tmall Global. Alibaba had 20,884 full-time employees as of December 2013. Taobao is similar to Amazon in most aspects. 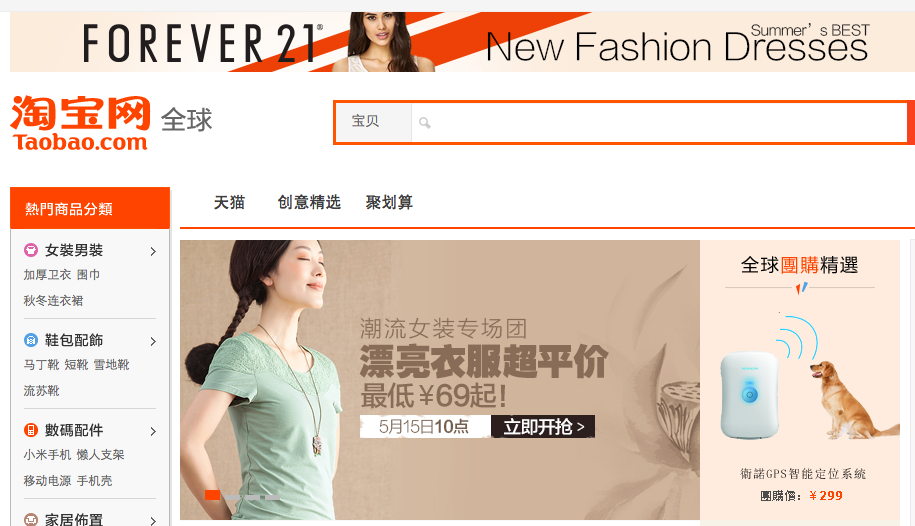 Advantages of Operating in a Large Underserved Market

Alibaba is the largest ecommerce company in the world and is still growing at a rapid pace. China has 302 million Internet shoppers but they represent only eight percent of total Chinese consumption according to iResearch; there is plenty of room for expansion in the Chinese ecommerce market. The company has been profitable for several years and is expected to be valued between $150 and $200 billion. It wants to raise $1 billion through the IPO.

Unlike some American companies that were close to peaking when they went public, Alibaba envisions massive growth. China has the largest Internet user population at 618 million, but less than half shop online, leaving considerable room for expansion.

Furthermore, as indicated in Alibaba’s 343-page F-1 filing with the U.S. Securities and Exchange Commission, “China’s offline retail market faces significant challenges due to few nationwide brick and mortar retailers, an underdeveloped physical retail infrastructure, limited product selection, and inconsistent product quality. These challenges in China’s retail infrastructure, which we believe are particularly acute outside of tier 1 and 2 cities, are causing consumers to leapfrog the offline retail market in favor of online and mobile commerce.”

Alibaba also dominates mobile commerce in China, with over 76 percent of that country’s mobile retail gross merchandise volume, according to iResearch, led by the Taobao mobile application.

Alibaba also dominates mobile commerce in China, with over 76 percent of that country’s mobile retail gross merchandise volume, according to iResearch, led by the Taobao mobile application.

As China becomes more prosperous, the demand for foreign goods increases. Chinese goods have a reputation for being shoddy, counterfeit, or dangerous. A few years ago, a scandal erupted over tainted domestic baby formula. Chinese parents searched frantically for reliable, quality suppliers overseas. In 2011 Tmall partnered with European formula manufacturer Nutricia Early Life Nutrition, a wholly owned subsidiary of Danone Group, to provide high-quality formula to Chinese families. The manufacturer ships directly to consumers from the manufacturing site in Europe so origin is verifiable. In 2013, Nutricia sold approximately three million packs of baby formula on Tmall.

However, Alibaba has not been impervious to accusations that many vendors on Tmall and Taobao are selling counterfeit goods and products of poor quality. (See our interview, “Alibaba Attorney on Intellectual Property Theft,” for more.)

China’s financial payment and shipping systems are quite rudimentary outside the main cities so Alibaba offers both a payment and escrow system, Alipay, that facilitates domestic, cross-border, and mobile payments. Alibaba also owns 48 percent of China Smart Logistics, a shipping affiliate.

Revenue is primarily generated from merchants through online marketing services (via Alimama, a proprietary online marketing platform), commissions on transactions, and fees for online services. Alibaba offers a suite of technology tools on a subscription fee basis that helps sellers on Taobao Marketplace in upgrading and managing their storefronts. Alibaba, like Amazon, also offers cloud computing for its marketplace sellers as well as other value added services.

Revenue for the nine months ending December 31, 2013, was $6.5 billion, up 57 percent year over year. Net income over that same period was $2.9 billion, up 305 percent year over year. From January 2013 through December 2013, although international sales grew, the percentage contribution to total revenue fluctuated quarterly from a high of 12 percent of total revenue in in the first quarter, to a low of 6.7 percent in the fourth quarter.

Despite its sound financials and excellent prospects for continued growth, many troubling factors beyond normal market risk exist.

Despite the concerns, Alibaba is not expected to have any trouble attracting investors. The IPO market has been in the doldrums lately after a healthy start at the beginning of the year. Alibaba will be a tough act to follow for other companies planning to go public later this year.