Apple recently announced record-breaking sales for its 2014 fiscal year. Among the numbers for iPhones and iPads, the company also offered thoughts about the growth of Apple Pay, the mobile payment and digital wallet service.

I first addressed Apple Pay here last October, in “Explaining Apple Pay: Pros and Cons.” In this post, I’ll offer an update on Apply Pay, to monitor its progress.

Apple Pay adoption has grown significantly since it was launched in October. A report from BI Intelligence shows that payments made through Apple Pay accounted for 0.1 percent to 1.6 percent of all transactions at five top retailers in November, the month following the launch. Given that Apple Pay only works on the new iPhones, these numbers are remarkable.

To further drive growth, Apple announced a partnership with USA Technologies (a wireless payment provider for self-service retail locations) to start accepting Apple Pay at roughly 200,000 self-serve terminals, such as coffee machines, vending machines, kiosks, car washes, transit tickets, and taxi terminals. Self-service checkout terminals could be an ideal use for Apply Pay, as customers can just wave their phones in front of the checkout area versus handing their credit card to someone for swiping or inserting cash and coins.

During the earnings call, Apple CEO Tim Cook stated that 2015 was the “Year of Apple Pay.” He mentioned that at Panera Bread, the restaurant chain, 80 percent of mobile payment transactions are made via Apple Pay — demonstrating growing adoption. He also stated that Whole Foods Market, the grocery retailer, has seen mobile payments increase by more than 400 percent since Apple Pay was introduced in its stores. Cook shared that Apple Pay now counts for two of every three dollars spent via contactless payments on the U.S.’s three largest card networks — Visa, MasterCard, and American Express. That is exceptional growth in a very short period of time.

Another factor that will likely drive Apple Pay’s growth is the launch in major markets outside the U.S. Apple plans to launch the service in Canada and the U.K. within the next few months. And based on iPhone sales numbers from 2014, China is a huge market for Apple and it is likely that Apply Pay will be launched there first in the Asian market. 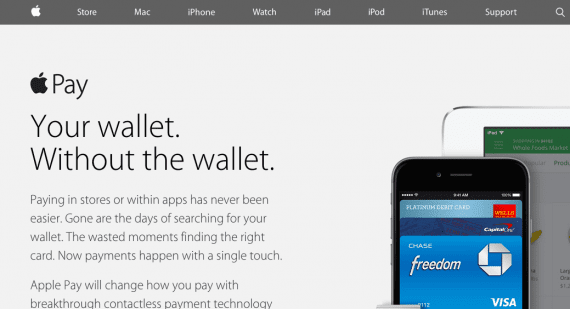 All of this is good news for Apple Pay. But there are looming issues that could reduce Apple Pay’s growth.

Additionally, a group of large retailers that includes Walmart, CVS, Rite Aid, and Sears is launching a new service called CurrentC that could become a significant threat to Apple Pay as this group of retailers records over a trillion dollars in annual sales. CurrentC will launch later this year.