The annual Consumer Electronics Show just wrapped up. This year’s focus was on wearable devices. Several new devices were launched at the show. These included new watches, headsets, motion sensors, and glasses. Among the most exciting were wearable devices that could be extended for shopping, such as the Pebble Steel watch and Epson Moverio glasses.

The device that fascinated me the most is the Intel Jarvis headset. It is a voice-activated Bluetooth-enabled headset that works in both online and offline modes. This gives it an edge over Apple Siri and Google Now as they only work in online mode.

Also, being a headset, it has greater likelihood of consumer adoption (compared to other wearable devices) as many of us are used to having a Bluetooth headset. I can envision Jarvis being used to shop using voice commands. Also, Intel has made it easier to charge the battery in the device by providing a wireless charging bowl that charges the device when it is simply dropped in the bowl. 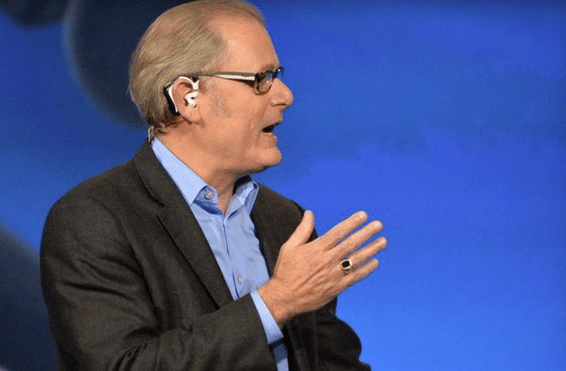 Most of these devices currently do not focus on ecommerce, but it is just a matter of time before that changes.

To get there, the following needs to occur.

Contextual commerce is a new way of selling products, by understanding a consumer’s specific environment and associated needs. This capability is demonstrated by location-based offers sent by retailers that track a consumer’s location based on their mobile phone, and that know their preferences and maintain a list of current promotions. Retailers can correlate all this data in real-time to push the right promotion to the consumer’s mobile device, at the right time.

As an example, say a consumer, who has opted in to share his location, is in a shopping mall. A restaurant in the mall knows — based on the customer’s history — that he frequently buys pizza. The restaurant can filter all the current pizza related promotions and then before lunchtime push a promotion to the customer’s mobile phone for a discount on a pizza.

Wearable devices add thousands of such use cases by adding more context. For example, XOEye Technologies released glasses with a camera and sensors at CES that can track how many times an employee in a warehouse has to bend to pick up merchandize for fulfilling orders, among many other things. This information can be used by the glasses to suggest products that minimize the impact on the person’s back or even notify a doctor to check if the person is bending more than normal. This will prevent long-term damage, take care of the employee, and also improve productivity. 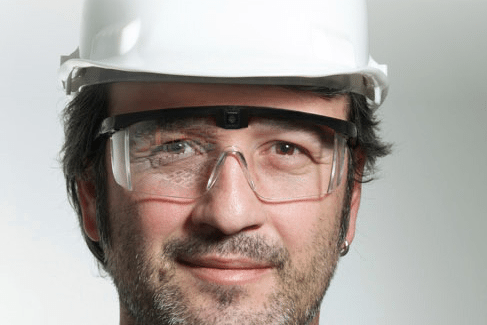 Glasses from XOEye Technologies contain a camera and sensors to track the wearer’s motion.

In a similar way, wearable devices that track health metrics and fitness levels could be connected to offer promotions on healthier eating options and fitness gear, such as gym clothing, protein powder, and dumbbells. The devices can share real-time contextual information — heart rates, exercise levels, calorie intake — to make the offers more personalized.

Wearable devices like Fitbit and Up have achieved reasonable success in the market. But other devices, such as Google Glass, have not. For retailers to invest money to support wearable devices, consumer adoption must increase.

Within the next couple of years, the adoption could increase drastically since (a) hundreds of manufacturers are coming out with wearable devices (b) analysts are predicting 30 million Apple Watch units to sell in the first 12 months, (c) mobile payment technology like Apple Pay is being integrated with wearable devices, and (d) increased competition from device manufacturers could translate into better devices and lower prices. 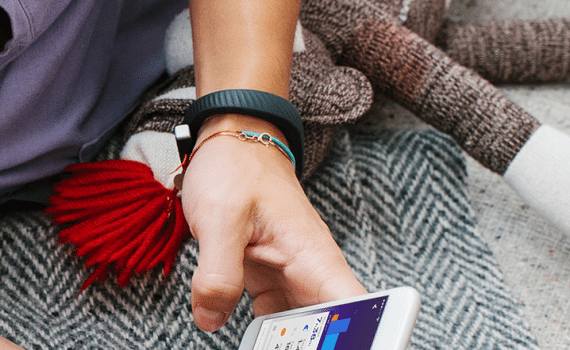 Wearable devices from Jawbone, such as this Up wristband, monitor the user’s activity, to encourage a healthy lifestyle.

Most of us are used to recharging our mobile phones every day. But wearable devices come with much longer battery life that can last several days. A recent survey by Fortune magazine showed that consumers want better batteries before they consider using wearable devices.

Most gadgets end up draining batteries because their displays use too much power. But many wearable devices — like headsets and glasses — have no displays and, thus, conserve battery power. Moreover, several startups are researching on how to enable charging by using alternative energy sources such as solar and body heat.

Additionally, much progress has been made in wireless charging, with Starbucks conducting a pilot in 200 stores to enable wireless charging for mobile phones. If wearable devices can improve their battery lives, this will drive the adoption rate and result in new features like enabling ecommerce.