Social media campaigns have become a mainstay of ecommerce marketing. Even the smallest of online retailers are likely to have a Facebook page and a Twitter account, and there are indications that social engagement may improve shopper relations and, possibly, sales.

Dlvr.it is a service that can automate and schedule Facebook, LinkedIn, Tumblr, and Twitter posts to better engage potential shoppers.

“Your social customers are critical business assets that can help you not only deliver better service at a better value, they can help your product marketing teams, give your brand marketers real-time feedback, advocate for your brand, generate leads for your sales teams, and deliver predictive analytics that can catapult your brand right to the head of the pack,” wrote the authors of a Lithium white paper, “Making Social the Way You Do Business.”

Creating a Dlvr.it account is as simple as entering an email address. Once the account is created, a marketer can add destinations like Facebook. Each destination requires authorization, using the social networks standard authentication process. Put simply, Dlvr.it becomes an app that connects to a social network. 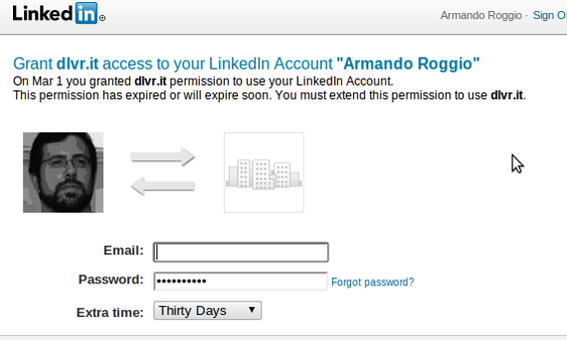 Under the “Deliveries” tab on Dlvr.it’s main navigation, there is an option to create a new Route. Routes in Dlvr.it define which RSS feeds should be published to a specific set of destinations. 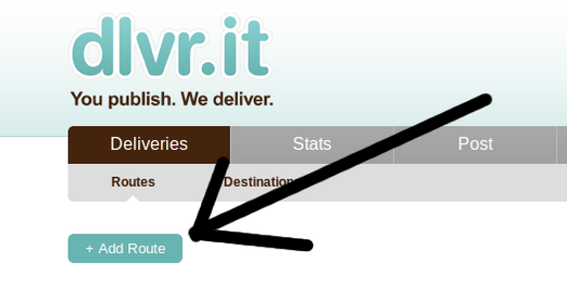 Name the Route. It may make sense to make this name descriptive. 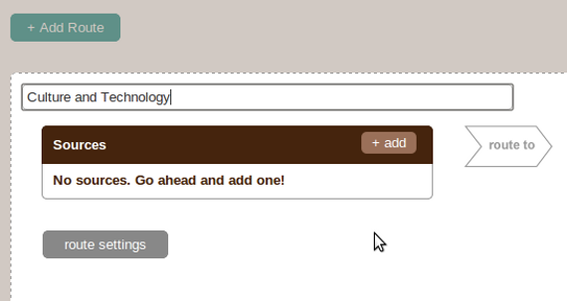 A marketer may have many Routes. Descriptive names can help with organization.

Under the Sources section of the Route select “add” to open a new dialog window. In this window checking “new” will open a Feed URL dialog. Paste the URL for any standard RSS feed into the Feed URL field. 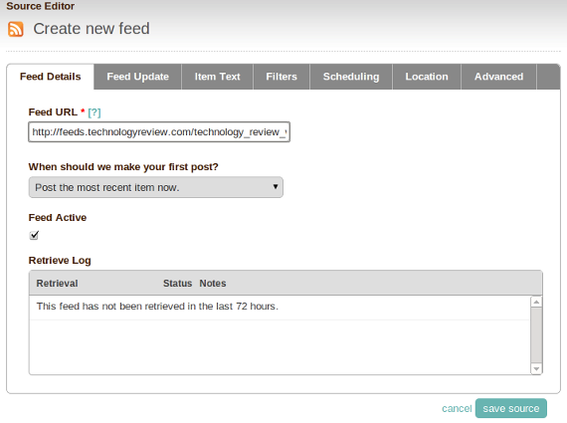 Any standard RSS feed can be published via Dlvr.it.

The Feed Update tab of this dialog box is used to schedule how often the selected RSS feed is checked for new content. This is different from scheduling when content is published.

Marketers might want to consider checking the feed often enough to keep the destinations — again, Facebook or Twitter are examples — fresh, but not so often that a scheduled, automatic publishing campaign becomes a kin to spam. To start consider setting the “Max Number of Items to Post per Update Period” to one per feed. 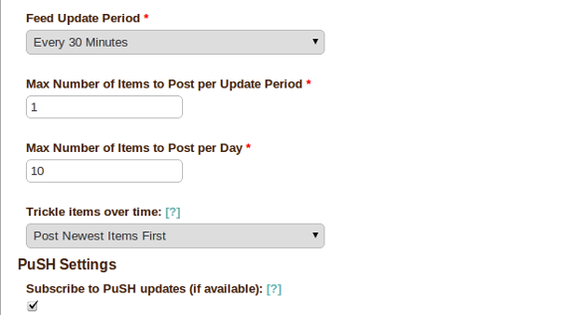 The Feed Update tab allows a marketer to schedule how often a feed is checked.

The Item Text tab of the dialog lets users add a prefix or suffix to any post from the RSS feed. Users may also replace or remove certain words from the RSS feed. For example, if a feed might have a competitor’s brand name in it, a marketer could always replace it with the phrase, “a retailer,” rather than allowing the competitor’s actual name to appear in posts. This tool may also be used to remove profanity. 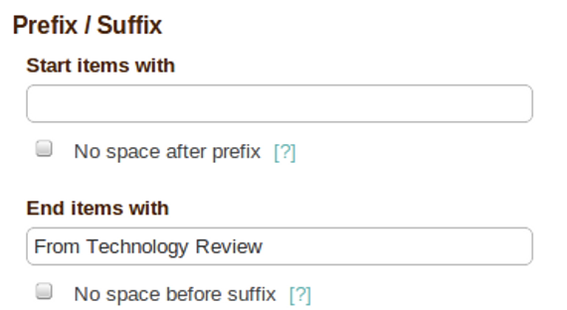 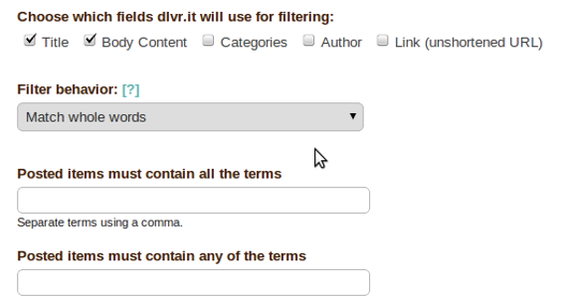 Marketers may even eliminate some posts from the feed.

The Scheduling tabs allows marketers to choose the days of the week and times of the day that posts from the feed will be published to the Route’s destinations. Leave this section black and Dlvr.it will simply publish anytime it finds new content in the feed. 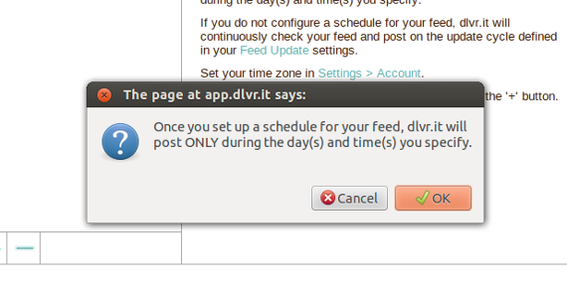 Marketers have complete control over scheduling.

Next, select a destination for the feed. Dlvr.it supports more than one account for each social network, so it is possible that a single Route could post to a couple of Facebook pages, as an example.

What to Publish with Dlvr.it

Marketers will almost certainly want to publish company blogs and even new product announcements via Dlvr.it. As an example, a northwestern U.S. retailer publishing about 20 posts per week via Dlvr.it has been able to generate a reach of more than 12,000 and garner more than 2,500 clicks per week on average.

It is also a good idea to publish from trusted, industry-related sources like blogs, news site, or magazines.