Bikewagon.com: From Classifieds To eBay To Its Own Website

Dale Majors is passionate about cycling. So much so that in 1999, at age 16, he decided to take a chance with selling bicycle gear online. His original goal was simple: He was looking to upgrade his own cycling equipment and needed the money to do so. Like other young aspiring entrepreneurs, he headed to eBay. One thing lead to another, and before long Majors was making roughly $1,000 a month selling cycling parts. Five years later, what had started in his parent’s basement turned into a full-time business — Bikewagon, which quickly became one of the largest cycling stores on eBay. In February 2007, Majors launched a website, Bikewagon.com, and the Salt Lake City-based business shows no sign of slowing of down. 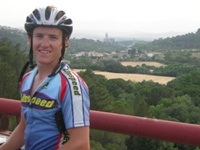 PeC: How did you get your start in ecommerce?

MAJORS: I started selling on Mountain Bike Product Reviews, which is site for mountain bike enthusiasts. I probably sold 50 things there, via the classified ad section, before I sold on eBay.

PeC: What was the first item you sold on eBay?

MAJORS: I don’t remember. I do, however, remember the first time I looked on eBay. I was amazed that people could start an auction so low and trust that it would go up. I remember seeing expensive items and thinking that they might not sell for much. I was wrong. The early days of eBay were awesome. Everything sold for a lot of money, and it sold most all of the time.

PeC: What did you do before you started Bikewagon?

MAJORS: Typical high school stuff. The only job I ever had before Bikewagon was cleaning an office building three or four hours a week for $15 an hour.

PeC: Is Bikewagon online only?

PeC: You didn’t initially have a website. What do you hope to accomplish with the site?

MAJORS: I started the website last year in order to get more sales outside of eBay and build a brand.

MAJORS: Yes. There is still a lot of potential on eBay if you are willing to work for it. Consumers like attention and that is what they get on eBay.

PeC: What do you suggest for those people who are considering selling on eBay as a career?

MAJORS: Watch your costs; your products better be good and make sure to have a lot of margin. Many people tell me what they are going sell and most of the time I know that they will not make enough money to be successful due to slim margins and not accounting for all the costs. Also, become very familiar with the different fee structures on eBay.

PeC: In your opinion, what are some of the keys to success on eBay?

MAJORS: Buy well; think of a good price where you can make some money, and then take off another 10 to 20 percent. Use a research tool like Terapeak or eBay’s research tool. Use a listing automation tool — this is a must for scalability.

PeC: What shopping cart do you use?

MAJORS: I use Infopia’s Marketplace Manager. The shopping cart I use is a small part of that product.

PeC: What advice would you offer other ecommerce merchants as they are getting started?

MAJORS: My advice would to be to think about how you can automate your processes. Set things up so they are not dependent on you; only then can your business work for you. My goal with this business was to set it up in a way that it works without me.

PeC: What are some of the biggest mistakes you’ve made with Bikewagon?

MAJORS: In the past I think we could have made faster decisions about branding and order processing technology, which would have helped us become successful a lot sooner. It also would have helped to look more thoroughly at the important metrics that drive our business, such as cost of sales, conversion rate and overall profit margin.

PeC: Final pointers for other entrepreneurs?

MAJORS: Do something you are passionate about, don’t just chase the money.