Credit card veteran Phil Hinke knows a thing or two about payment-processing rates. He has been in the credit card industry since 1994, with NaBanco, First Data Corporation, and Heartland Payment Systems — three processing companies. 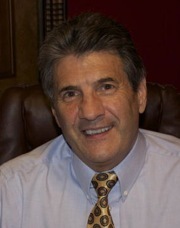 We recently corresponded with Hinke on his ideas for ecommerce merchants to save money on credit card processing. Most every merchant, after all, depends on credit card receipts to run his or her business. We published the first installment of Hinke’s views, at “Notable Views: Credit Card Veteran on ‘Onerous’ Processing Rates,” where he addressed his opinions of tiered pricing, Interchange-plus pricing, and deceptive merchant statements.

Hinke no longer works for large processing companies. He’s launched his own firm, MLS Advocate, a consulting service for individuals and companies in the credit card industry.

“The card associations — Visa, MasterCard, Discover, and American Express — are changing rates in April, this month. Generally, the associations change rates in April and October. I am in the process of reviewing the April changes. There are many changes for supermarkets and warehouse stores, but no significant changes for ecommerce businesses. Your processor will likely allude to the rate increases in your March 2011 statement. Note what it says; it may tell about the integrity of your processor.

“Will it only mention the card types affected by the rate change, or will it say something like, ‘The card associations have increased their Interchange rates so we are increasing your rates by x.xx percent.’? In the past, some processors have used minor rate changes to raise merchant rates across the board, which is really just adding profit to their books at the merchant’s expense. This is another reason why merchants should not use tiered pricing, by the way — discussed in my previous article here.”

“Ecommerce merchants should always ask how the processor handles refunds — which occurs when merchants credit customers for products they return — before signing the agreement. Processors are refunded a large portion of the Interchange rate when the merchant credits the customer. The amount refunded to the processor from the associations varies, but is at least 1.50 percent.

“I recently read a merchant statement from an ecommerce business. The merchant was not only grossly overpaying for processing — it was paying 5 percent — but I quickly noted that it was losing at an additional $6,000 per year just on the refunds processing costs. This merchant processed $100,000 per month and had returns of $10,000 per month. The processor was charging the merchant 5 percent for the sale on that $10,000, and then charging 5 percent again for the credit on that $10,000. This merchant was paying $500 in processing for the sale, then $500 in processing for the credit. That is $1,000 a month for processing with no corresponding revenue. The merchant may be too high a risk — 10 percent returns — and not large enough volume to receive the full 1.50 percent refund. But it definitely should not be paying 5 percent, again, on the credit transactions.”

“Some processors add additional per-item (per-transaction) fees in their merchant agreements. I just analyzed a merchant’s processing agreement, where the rate was 2.13 percent + $0.05 per-item fee. The merchant had a relatively low average ticket, so the $0.05 looked appealing. However, the merchant did not realize he was also being charged an ‘inquiry’ fee of $0.20 on every transaction plus a ‘kilobyte’ fee on of $0.06 on every transaction. His $0.05 per-item fee actually turned out to be a $0.31 per item, which was very high for his low average ticket.”

“It costs the processor $100 to $150 to set up a new merchant, and $50 to shut down a lost merchant. Therefore, assuming the processor serviced the merchant as expected, it is reasonable for the processor to charge a fee when a merchant terminates prior to the expiration of the agreement. But the termination fee, in my view, should not be more than $250.

“In short, make sure you read and understand the termination clause on the merchant agreement before signing it. Do not expect the salesperson to know what it says or what it means. I have met many salespeople who never read their own terms and conditions.”

Be Truthful on the Merchant Agreement

“Another deceptive sales tactic is by having you manipulate the information on the contract. The most common way to do this is by convincing you that your business and average ticket will be higher than it currently is. For example, say you currently process $200,000 per year in Visa, MasterCard and Discover sales, and your average ticket is $25. The salesperson may convince you to state that you process $500,000 at $35 average ticket, because your business will likely grow, and a higher volume and higher average ticket will generally warrant a lower rate, due to competition.

“Should you agree to this, you will get a lower discount rate initially. However, that rate will likely be temporary. The processor will likely evaluate your business volume and average ticket on an ongoing basis because it expects certain profitability based on the contract you signed. If you fail to meet your contractual obligation — $500,000 per year and a $35 average ticket, in this example — you are now in violation of the contract and the processor can drop you, or more likely increase your rates to its satisfaction.”