The Amendment, named after the Illinois senator — Richard Durbin — who introduced it, goes into effect on July 21. It mandates the U.S. Federal Reserve to set rates that credit card issuers — Visa, MasterCard, American Express, Discover — charge to process debit cards. Those charges — called “interchange” fees — are what the banks and merchant account providers pay the issuers. They are not necessarily what merchants pay.

The Amendment addresses the two types of debit cards: “signature” and “PIN”. A PIN debit card is generally considered more secure because it requires a separate number — a PIN — from the consumer to process. But a PIN number has typically required a physical keypad and has, therefore, been available only for physical, brick-and-mortar retailers.

One company, however, is now offering the ability to process PIN debit cards online. The company, Acculynk, utilizes a graphical PIN-pad for the entry of a consumer’s PIN directly into the checkout page of a shopping cart. Acculynk calls this service PaySecure.

We corresponded with Acculynk’s CEO, Ashish Bahl, about the Durbin Amendment, debit cards, and how ecommerce merchants can benefit from the rate changes. Bahl has 25 years of experience in the payments industry. Prior to founding Acculynk, he founded Harbor Payments, which was later acquired by American Express. 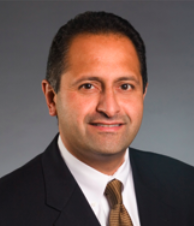 What is the Durbin amendment?

“The Durbin Interchange Amendment is an addition to a large bill passed by the Senate called the Restoring American Financial Stability Act of 2010. It became law as section Sec 1075 of the Dodd-Frank Wall Street Reform and Consumer Protection Act of 2010.

“The amendment is rather complex, but the main provisions are designed to lower acceptance costs for merchants and to provide more competition among networks that will ultimately benefit merchants as well. As a result of this legislation, the Federal Reserve Board was asked to draft specific rules. Initial rules were released in December 2010 and final rules are expected to be released by July 21, 2011, which is when the regulation goes into effect.

“Based on the initial ruling, here are the key changes:

How does it affect ecommerce merchants?

“Merchants will be able to steer customers to the low cost option on the checkout page.

“Merchants should also be prepared for the actions issuers will be taking to mitigate the impact of the reduction in revenues. After Durbin, the issuer will no longer enjoy a signature-debit revenue advantage. We believe issuers will begin steering online payment transactions to PIN debit over signature debit cards. This is because the issuer can, and does, charge back fraudulent and disputed transactions to the merchant, but the issuer still has very high costs just to process the high level of chargeback and potentially fraudulent transactions under signature debit. To date Acculynk has seen a 77 percent reduction in chargebacks on Internet PIN debit compared to signature debit. Therefore, with revenue compression from the lowering of interchange rates, costs will be too high on signature debit for the issuers to continue supporting signature debit usage, and there will be increased issuance of PIN-debit-only cards. Merchants need to enable their checkout pages now to accept Internet PIN Debit to capture this market.”

What are the new debit card rates under Durbin?

“The Federal Reserve has not released what the final rates will be. In December, the Fed released preliminary rates ‘for discussion’ and invited comment on a proposed interchange rate of $0.07-$.12 per transaction.”

Under the new Durbin rules, which entity assumes the fraud risk for each of (a) signature debit cards, and (b) PIN debit cards?

“It was not the mandate of the law to re-define those rules and we expect that the payment networks will continue to set chargeback rules as they have in the past. If issuers react to Durbin by encouraging PIN debit, as we expect, that’s good news for online merchants. If a consumer makes an online purchase with PIN debit and then contacts the issuer and disputes the charge, the issuer may try to charge back to the merchant. But because the consumer has entered his or her PIN, the merchant’s case that the charge was valid is significantly stronger and the liability typically reverts back to the issuer.”

What can merchants do to encourage the use of PIN debit cards?

“Online merchants have very few options for accepting online PIN debit. Various hardware and software solutions have been tried but they ultimately ended up being too cumbersome for the consumer or complicated for the merchant. Acculynk’s PaySecure is simple to implement through your existing acquirer [merchant account] relationship. It simply recognizes that the card number entered is for a debit card and embeds a PIN pad on the checkout page branded by the consumer’s own bank.”

What’s the rough overall volume, as a percentage of total card transaction, from debit cards in the U.S.?

How does your company fit into all of this?

“Acculynk provides PaySecure, a simple and secure way for merchants to enable online PIN debit for their ecommerce transactions. Our PIN pad has a similar look and feel to the ATM or point-of-sale PIN pad and puts consumers at ease. They do not have to register at a third site or remember another password. They just enter their PIN from their bank-issued debit card by click on the graphical PIN pad. The patented process has been vetted by the major EFT networks and acquirers, and the product is currently live on more than 3,000 merchant websites.”

The Durbin amendment applies to Interchange rates, but not the actual rates that merchants are charged by their account providers (also called ISOs and acquirers). What can a merchant do to ensure the Interchange cost savings are passed to his or her company?

“Interchange constitutes the largest component of merchant cost and merchants should have an expectation that in a competitive market this cost saving will be passed on.”