People don’t go to Facebook to shop. Many large companies have accrued millions of Fans, but — with a few exceptions — retailers don’t generate many sales there.

Two recent Facebook developments, however, could change this. The launch of “Open Graph” may allow retailers to better interact with Facebook users. And beginning Feb. 1, individuals must use “Timelines,” not Profiles.

“Social Graph” is Facebook’s term for its users and how they connect with each other. In 2010, Facebook “opened” that graph to include interaction with third-party websites — mainly through the Like button, Like Box, Recommendations and the Login, all found on millions of websites today.

As such, Facebook’s “Open Graph” is essentially a transmission tool to get information into Facebook from other websites and vice-versa. 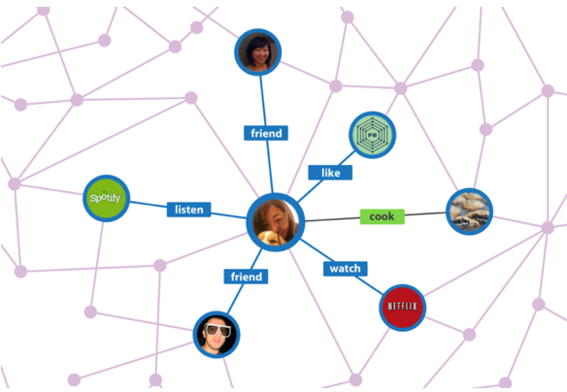 On January 18, Facebook announced a further extension of Open Graph to include actions created by third-party apps, which enable them to integrate even more deeply into the Facebook experience.

This could include, for example, (a) music that a user is listening to on Spotify, (b) running distances being tracked on a site like MapMyRun, (c) recipes a user is cooking, (d) news a user is reading, and (e) trips a user plans to take.

With the extension of Open Graph, Facebook could become the digital clearinghouse of a user’s life.

Combined with this “unwrapping” of the Open Graph, Facebook released Timeline, which individuals must now use instead of “Profiles.”

In addition to posting status updates, upload photos and other forms of media, users can now create “Life Events,” such as a marriage, birth of a child, graduation from college, and a job change.

The extension of the Open Graph is producing a new school of app development — such as those mentioned above — that integrate directly into Timeline. However, rather than allowing companies to post information that appear as updates, the new sharing comes from Facebook’s users.

For example, let’s say a Facebook user admires a dress from a fashion website. Rather than simply “Liking” it, she can now express that she “Loves,” “Wants,” or “Owns” it. Through a third-party app, that information gets transmitted to the user’s Timeline, into her friends’ newsfeeds and posted to her Ticker.

Facebook wrote in its January 18 blog post announcing Timeline apps, “there will be apps for all types of interests, as more apps will launch over time. Whether you love snowboarding, gardening, hiking, or knitting, or something else, there will be an app for you.”

Though the initial slate of Timeline apps comes from larger companies — Ticketmaster, LivingSocial and Ford, for example — Facebook says in its developer blog that anyone can submit an app.

Individual merchants will likely not hire developers to produce these apps, but many third-party app providers will. For instance, Facebook shopping cart provider Payvment was one of the initial launch partners, as was Pinterest, a fast-rising new social network that some merchants use — see “How to User Pinterest for Your Ecommerce Business,” our earlier article.

Not only that, but ecommerce platforms will likely support Open Graph. Magento, for example, already does, according to a blog post on its website.

Recall that Timelines are for individual Facebook users. “Pages” are for businesses. In a presentation at a Women’s Wear Daily Forum event, Wade Gerten, CEO of social commerce company 8thBridge, said “Facebook Pages are dead.”

While I won’t go that far, I do think that Timeline apps may generate more sales of merchandise, because they rely on Facebook users to do the sharing, rather than merchants.

This remains to be seen, of course. Currently, social commerce is more of an experiment than a proven form of marketing. Yet, with the explosion of growth on Facebook in recent years, commerce from that platform will likely increase.