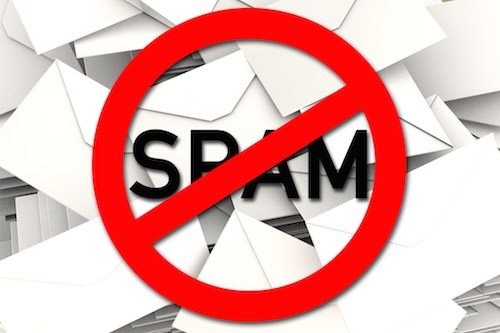 Spammers use illegal and misleading tactics to gather email addresses and entice recipients to respond to their messages.

Sending folks useless or unwanted emails may seem intuitive. But if you really want to infuriate and violate, you’ll need a plan. And remember, only a tiny percentage of the spammed patsies have to actually click for you to make money.

Spam is illegal in many countries, including the United States and Canada. Nonetheless, hapless and lazy marketers often stray into spammy territory. In this article, you will get the skinny on how to spam like a professional. Of course, if you wanted to be a responsible email marketing professional, you would treat this as a list of what not to do.

First-rate email marketers want subscribers to explicitly opt in to an email list. While this might be done in many ways, including via a contest or an online form, the folks signing up know they are giving the marketer permission to send email messages.

From the spammer’s perspective, asking permission to send an email is a waste of time. Instead, focus your energy on simply getting ahold of emails. You have a few options.

Use False or Misleading Header Information

An email’s header has message routing information. This header might describe where a message came from or what the reply address will be.

As a spammer, feel free to adjust this information to your advantage. No need to accurately identify your business, rather select some information the recipient is likely to buy.

If you have managed to infect someone’s computer, you can just let his system send the messages for you. This can be easier than manipulating the header.

For a spammer, it can be fun to include an unsubscribe link at the bottom of a message. When someone clicks on the link, try taking him to an affiliate site or simply install malware directly and immediately.

The benefit is twofold.

First, when someone clicks on the unsubscribe link, you know that you have a live person and a valid email address that you can hit repeatedly.

Second, you can make money if you’re generating income from clicks or installing something like ransomware when someone clicks. You can use the unsubscribe link as easily as any other link in the message. In fact, the unsubscribe link might be the most productive part of your spam message.

Some savvy spammers will even use a click on the unsubscribe as a strong indicator that it’s time to send additional messages.

Email spam is a numbers game. The vast majority of recipients won’t receive your message, won’t open your message, or won’t interact with your message. So you are going to need to send a ton of email messages.

Researchers from the International Computer Science Institute conducted an experiment back in 2008 on spam frequency and profitability. The researchers actually spammed folks, sending them to a fake Internet pharmacy, where they could purchase fake Viagra and the like. Rather than accepting a payment card, the fake site counted potential sales and estimated that spammers might earn $7,000 a day.

To generate these ill-gotten gains, the researchers had to send about 1.7 million spam messages a day in order to get a .0127 percent conversation rate.

Spammers are not afraid to send a lot of messages. They might even want to send the same recipient several copies of the same message.

Establishing a botnet to send emails can be very helpful — for a spammer. Consider listening to Naked Security’s 2014 podcast, “How to send 5 million spam emails without even noticing.”

Remember It Is the Money that Matters

When you only care about the money — and people are nothing more than dollar signs — spam can be easy. For a spammer, it is the money that matters.