While the poor showing of Facebook in its initial public offering last month has immobilized the market for Internet companies wanting to sell stock to the public, the overall investment climate remains strong. Merger and acquisitions activity in the ecommerce arena has remained robust after an exceptional 2011. And venture capital funds continue to flow to ecommerce vendors, despite the poor IPO market.

A significant uptick in ecommerce investment in several categories began in the fourth quarter of 2010 and has remained strong. The categories are flash sales, daily deals, alternative currencies, collaborative commerce, crowdfunding, and subscription ecommerce.

According to CB Insights, a private investment research firm, the second quarter of 2011 had the highest number of deals in these categories since tracking started in 2008, with 46 deals receiving over $1 billion in investment.

Since the beginning of 2008, the hottest equity investment category has been daily deals with $2.6 billion invested in 103 deals between 2008 and the end of the third quarter of 2011.

Eighty-one mergers and acquisitions of daily deals, flash sales, and alternative currencies companies were completed between the first quarter of 2008 through the third quarter of 2011, with 74 occurring in the daily deal arena.

Although the U.S. Department of Commerce has determined that ecommerce represented only 4.6 percent of total retail sales in 2011, in the multi-channel retail market, 92 percent of all 2011 M&A activity involved ecommerce transactions, according to Chris Kampe, retail group managing director at investment firm Tully and Holland. Most ecommerce transactions entail one ecommerce vendor acquiring another Internet seller of similar or complementary goods. Established Internet companies are looking to expand their portfolios and deepen their expertise. Daily deal sites have been one of the most popular targets of acquisitions. For example, designer flash sale merchant Gilt Group acquired group-buying site BuyWithMe and Google acquired DailyDeal and Dealmap. Daily deal site LivingSocial made a number of offshore acquisitions to expand internationally and Groupon purchased smaller player CityDeal.

While store sales for chains such as Sears and Kohl’s have stalled, Internet sales have shown healthy growth. Chains are redirecting much of their infrastructure and marketing expenditures to the web.

According to research service Venture Trends, almost $400 million was invested in fifty-four ecommerce VC deals in 2011, up from 30 deals in 2010. California accounted for 42 percent of ecommerce companies receiving funding, Twenty-five percent of the 2011 funding went to one company, San Francisco-based Square, which raised a third round of financing for its peer-to-peer ecommerce technology that includes a credit card scanner for the Apple iPhone and Android phones. 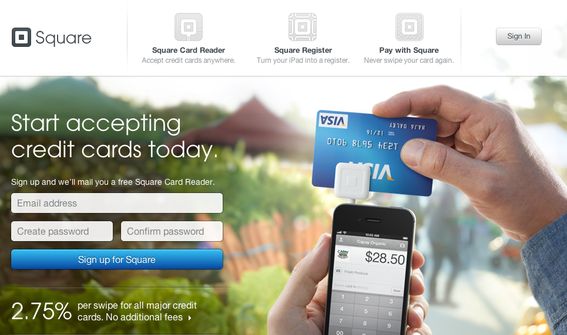 Another company that has the attention of multiple VC firms is Los Angeles-based Beachmint, which we covered last year, in “Celebrity Curators Help Personalize Ecommerce.” The apparel and jewelry vendor raised $23.5 million in June 2011 from several VC firms and added another $35 million in January 2012, Combined with a previous round of funding, Beachmint has received $75 million in VC funding.

In the fourth quarter of 2011, $2.5 billion was invested in 283 Internet deals. Funding dipped to $2.1 billion in the first quarter of 2012 but the number of deals increased to 326 according to CB Insights.

New technologies and products have opened up new niche online shopping segments. While Internet shopping once meant using a desktop or laptop computer, ecommerce now encompasses mobile (m-commerce), tablet (t-commerce) and social (s-commerce), which relies heavily on Facebook. Research firm eMarketer predicts that mobile commerce sales will reach $11.6 billion in 2012, growing 73 percent over 2011. Besides smartphones and tablets, the growing popularity of subscription services, flash sales, and celebrity curation has hooked new shoppers. Many fashion sites that offer such services cater to affluent shoppers who are also more likely to browse and shop with smartphones and tablets. Easier online returns, free shipping, and mobile price comparison applications have chipped away at most of the consumer resistance to online shopping.

The record-breaking online Christmas holiday revenues heartened equity investors who are seeing the sales of ecommerce vendors increase while brick and mortar company revenues remain flat. Even multi-channel merchants are seeing stark differences in online and offline sales figures. Department store Kohl’s 2011 ecommerce sales soared 37.2 percent over 2010 and reached $1 billion, in contrast to store sales that grew only 2.2 percent over 2010.

In a dismal economy, ecommerce has made a strong showing over the past 18 months. This is a good time for online merchants that wish to sell their business or find merger partners to seek out appropriate candidates.