”Lessons Learned” is a series where we ask ecommerce business owners to share their experiences and advice. For this installment, we interviewed Kathy Seigler, CEO and president of Ecommerce Superstores, a Bowling Green, Ky.-based online retail brand with six niche online shops: CoolComputerBags.com — which was launched in 2007 — and five other specialty retail shops all launched in 2010. They are: BackpacksSuperstore.com, TheLuggageExperts.com, YummiHandbags.com, DiaperBagsOnly.com, and WeKnowWallets.com.

Seigler started her retail business on eBay in 2006. She had no background in ecommerce, having worked previously as a neuropsychologist. After about 6 months of selling on eBay, she identified a marketplace niche for laptop bags and launched CoolComputerBags.com in late 2007. In 2010, CoolComputerBags.com recorded gross revenues of roughly $815,000.

“At the time it was hard to find cool laptop bags even online,” said Seigler. And early on Seigler realized that laptop bags were a good ecommerce business to be in because of low shipping costs, stating, “Laptop bags are good shipping products because they are fairly lightweight and won’t break during shipping.”

Siegler decided to expand the business in 2010 by launching the five other niche sites. 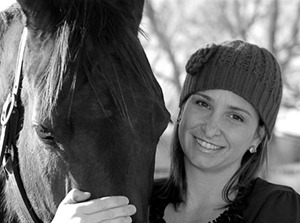 “Because our new sites are still not ranking [in search engines], we do not yet have steady revenue stream from them yet,” says Seigler. “But we expect them to generate at least the same as CoolComputerBags.com if they can obtain a top three ranking on Google search,” Seigler anticipates of her newly expanded brand.

“When it comes to running the six shops, Seigler keeps it simple saying, “We already had CoolComputerBags.com built, so we redesigned the theme and applied it to each of the new sites. Because the Magento platform already had ‘multiple store’ functionality we did not have to build each site from scratch. Despite this ‘built in’ feature of Magento, there were still many bugs to work out. The process of building five new sites took about 6 months. And many months have followed working out the kinks.

“Each of our now six sites specialize in a single product category,” Seigler says. “And all of the sites share the same navigation, functionality and shopping cart. The sites are also color coded, which differentiates each one, but all with the same template. We are still experimenting with our design and testing to see which converts best.”

“When I first started, we had zero employees — it was my husband and I for that first year or so. Then, I hired, as our first employee, a local college student for about $10 per hour to help with order fulfillment and customer service.

“We kept growing, and at our peak we employed twelve people total. I had good people who worked well independently, so it was not that difficult. But the more there is to manage, the more things don’t get done properly. It’s like the old adage, ‘If you want to do something right, do it yourself.’ We now only employ three other people with some occasional outsourced support.

“The most important thing in hiring someone is attitude. They must have a positive, can-do attitude. Everything else can be learned. Just look at me, I didn’t know anything about ecommerce. Had I known then what I know now, I may not have gotten into this business because it is tough!”

“When we first launched in 2007, Storefront by LaGuarde (now defunct) configured our first site. It was ugly, but I thought it was the greatest thing ever. We moved to a different platform and rebuilt the site about 12 months later.

“Now our websites run on the Magento Community platform. It is chalk full of bugs because it is an open source platform. The most frustrating aspect of using Magento Community is that there is no support. If there is a problem with the software, you just have to deal with it until they release a patch or newer version, which then costs more money to implement. It costs $1,000 [per year] for hosting and there are no additional costs because Magento is a free platform. But that in-and-of-itself comes with its own cost.” 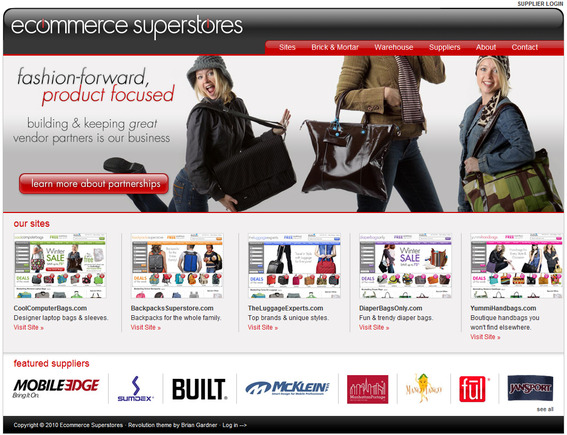 “We work with about 60 different suppliers currently and we stock some inventory as well as work with vendors that drop ship. To manage the entire inventory for so many different stores, we have a nice piece of software that allows the vendors to manage inventory themselves. It is a third party extension specifically developed for Magento. For those vendors who choose not to do that, they email us when items are out of stock and our inventory manager is responsible for updating it.

“We have an RSS feed that tells us when we are running low on stock. We only stock the minimum for products that sell through slowly. It’s a very difficult thing to balance, especially during the holidays.

“Our average [shipping] cost-per-parcel is about $9. Drop ship vendors receive email notifications that also include a packing slip and a shipping label. The software does have the ability to be automated, but we manually review each order ourselves before sending them to the vendors for the sake of accuracy and so we can stay on top of our orders and customer’s needs.”

“On the customer service end of things, we have a fantastic lady, DeAnna Roberts, who takes phone calls and replies to emails. I manage live chat myself and I really enjoy it. I’m proud to say that we do not have very many instances where customers are unhappy. In those times when we have messed up royally, we tell the customer we will do whatever it takes to make them happy — then, we do it.

“I’ve gone so far as to send flowers to a customer who we forgot to refund for about 6 months. We also send $5 Starbucks cards and personal notes to customers when we are at fault.”

“Our marketing strategy varies. We lost a lot of money last year trying pay-per-click (PPC) advertising. We never arrived at a profitable result. We lost about $50,000 in just three months. No wonder Google is a ka-jillion dollar company. I would not advise anyone to attempt PPC unless they have about $100,000 to spend ‘testing’ it. As far as Facebook and Twitter go, we post our email campaigns, special offers and have contests. We also have the ability for customers to share on every product page.

“But to be honest I still haven’t figured out yet how to leverage Facebook and Twitter to increase sales. We are considering an extension that allows us to sell on Facebook directly called ‘Facebook Shopializable.’ And I’m very keen on having an ‘incentive to Like’ functionality.

“I think the genius of social media is if a business comes up with something revolutionary, like Groupon did. That’s something people really want to talk about and it spreads like wildfire. Otherwise, you are a nameless face in a sea of millions on Facebook. The reason I think it’s important, however, is for rankings. It’s no secret that Google has incorporated the Facebook ‘Likes’ into its algorithm, which makes a lot of sense. Word on the street is that ‘Likes’ will eventually replace ‘links.’”

SEO Is Not Rocket Science

“We handle all the SEO in-house mainly because it is so costly for six sites instead of just one. We also realized, ‘Hey, this is not rocket science. It’s just time consuming.’” 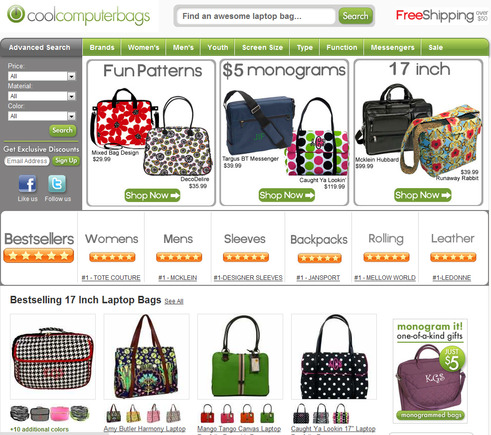 “Where to begin? My first mistake was not being educated enough about the ecommerce industry as a whole. I didn’t know what I was getting into, but sometimes that’s the best way to start. Experience is the only way to learn.

“My second biggest mistake was trying to grow too fast too soon. Grow gradually and make sure spending is in line with revenue.

“Which brings me to my third biggest mistake: return on investment. Do not do things because they are ‘industry standard.’ Unless you see a measurable return on your investment, whether it is in marketing or staffing or inventory management — make sure it is paying for itself.

“Another big mistake I made was not having a fool-proof methodology for product upload. This is probably the single most costly error you can make in ecommerce. In the past 4 years I’ve made more mistakes than not. But I keep trying and my persistence will hopefully pay off. If not, I’ll write a bestseller about what to do when starting an online business.”

“Our biggest success is having a number one ranking in Google for the most relevant terms related to CoolComputerBags.com. I’m also very proud of being selected as one of the ‘Hot 100 Best Retail Websites’ by Internet Retailer.”

“Watch every single penny and be careful not to get sold on the latest thing that is promised to increase sales, traffic or conversion. Also, surround yourself with excellent people who lift you up every day professionally and personally. Life’s too short not to.”