Imagine seeing a group of sharks. Would you lose your nerve?

Stephan Aarstol nearly did. He had nothing to lose but rejection by pitching his business, Tower Paddle Boards, to the wealthy angel investors on the TV show Shark Tank.

Aarstol, who grew up in Washington, received a B.A. in business at Western Washington University in Bellingham and then an M.B.A. from the University of San Diego, Calif. in 1999.

He learned about Internet marketing during his five years at AuntMinnie.com, a web portal for the radiology industry.

A keen poker player, Aarstol created, in 2003, BuyPokerChips.com, selling high-end poker chips directly to consumers, sourced from manufacturers that made chips for casinos.

“It was a highly automated business, bringing in half a million dollars a year for just 10 to 15 hours a week, run by me and another employee to handle the shipping, customer service, marketing, and the website,” said Aarstol.

He also set up other niche websites selling children’s developmental toys, and drink tokens, as well as an Internet marketing firm.

In early 2010, he went paddle boarding in La Jolla, Calif. and noticed the wide age range of enthusiasts — and a gap in the online market.

Aarstol applied his poker chip business model to Tower Paddle Boards, which he launched online in June 2010. Gross revenue for that year was $3,000.

Gross revenue for 2011 had reached $100,000 by June, when he pitched his business to the TV show Shark Tank, which consists of a panel of wealthy investors, who listen to solicitations from companies seeking capital.

“We’ve been profitable since day one,” said Aarstol.

Aarstol has used shopping cart provider Volusion for over a decade for all of his website businesses because he appreciates its ease of use and range of templates.

“I’ve always had a great experience with Volusion for our shopping cart, order management, processing and hosting. It’s an all-inclusive ecommerce solution which costs just $150 a month per website,” Aarstol said.

“We wouldn’t use anything else.”

In 2010, he paid Volusion $1,200 to hire a designer who had worked on his other websites six years earlier, to design the Tower Paddle Boards website, incorporating some of Aarstol’s favorite elements and functions from his other businesses.

In 2013, Aarstol held a site redesign contest on 99designs.com, a design marketplace. The purpose of the redesign was to increase Tower Paddle Boards’ conversion rate.

“We selected the gold design package and received about 30 designs. From these, we picked a winner to redesign the website,” said Aarstol.

Aarstol uses credit cards and PayPal, but prefers customers to use PayPal, which costs less than credit card payment processing.

“PayPal is an absolute no-brainer for ecommerce companies, especially if they do business in other countries. About five per cent of our business is international,” said Aarstol.

He makes his paddle boards easier to afford — the average selling price is $700 — by offering financing through PayPal Credit, which allows eligible customers to buy now and pay later.

“Since we implemented PayPal Credit in 2013, those using it spend an average of 36 percent more than customers paying by other methods,” said Aarstol.

“She did everything — answering phones, helping organize shipments, building up our marketing and social media efforts,” Aarstol said. 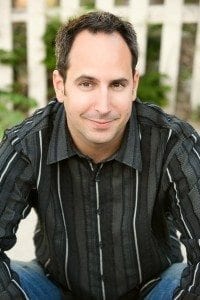 “I cut my teeth on search engine optimization at my first job and continue to do it myself,” Aarstol said.

He began to advertise on AdWords in 2014. Today, 5 to 10 percent of sales comes from paid media — Facebook advertising and AdWords.

“SEO is a lot of upfront work, but when you look at the perpetual value, it pays off,” Aarstol said.

Until 18 months ago, Aarstol did the shipping out of a “pretty spartan, windowless” 750 square foot area in San Diego, Calif. that served as his warehouse, open-space office, and showroom.

“Then we opened a separate warehouse and small production facility for custom boards, also in San Diego,” Aarstol said.

He uses UPS and U.S. Postal Service for shipments, and offers free shipping for all online orders over $50.

In the U.S., most consumers start paddle boarding by renting boards at beaches, rivers or lakes.

“We used to do weekly rentals, but it was small volume, so we’ve discontinued this. If someone’s interested, we direct them to local rental companies that carry our boards,” Aarstol said.

“If they love paddle boarding, customers can then buy their own board from us for about half the price of a retail outlet.”

Aarstol sources most of his boards from Asia but has begun to create a small run of high-end, custom-made boards at his San Diego facility.

“We used PayPal Working Capital to borrow $25,000 to stock up on inventory,” Aarstol said.

“They offer customized loans based on your business’s PayPal cash flow history. So it wasn’t hard for us to get,” Aarstol said.

“We know roughly what the demand will be in our peak season of May to September, but it’s still really challenging when we’re growing month-to-month,” Aarstol said.

He believes just-in-time inventory management works for mature companies, but is less predictable for startups.

“We now build up larger than typical inventory buffers over expected demand and use funds from PayPal Working Capital to purchase inventory and stock up,” Aarstol said.

Aarstol uses QuickBooks and also utilizes an accountant and bookkeeper.

“QuickBooks could be integrated with Volusion but we haven’t taken advantage of that plug-in yet,” Aarstol said.

“If you have 10 times the value proposition of everyone else out there, people will find your product,” Aarstol said.

“We view social media as word-of-mouth marketing empowered by technology. If we treat our customers really well, they will spread the word.”

Aarstol also uses social media to respond to customers promptly with any questions they might have.

“Customers can reach us any way they prefer — by phone or via Twitter. We primarily use social media to share interesting content and engage with customers, not so much for selling,” Aarstol said.

Aarstol was frugal with rent, paying just $700 per month until 2012 for his small office and warehouse, two blocks from the beach. 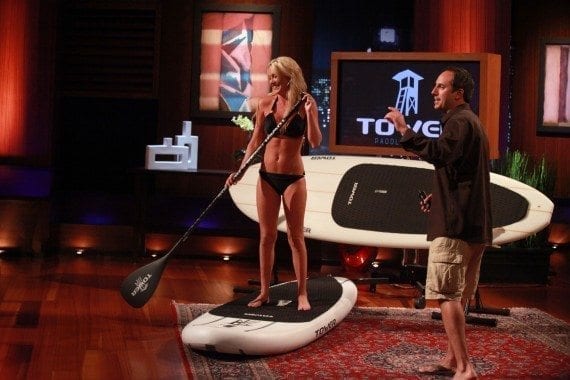 Aarstol was inexperienced at recruiting and managing employees before he started Tower Paddle Boards.

“Hiring the right people and managing them is a skill that’s totally different from being an entrepreneur. I’ve made a few mistakes in this regard,” Aarstol said.

The company’s quick growth required support for sales, answering phones, marketing, and shipping. Aarstol hired a girl to do all of this.

He soon discovered that a “jack of all trades employee” suits a certain level of business growth, and then staff with specific, higher-level skills becomes necessary.

“Getting people motivated and creating the right dynamic within the company was challenging for me to learn and get accustomed to quickly,” Aarstol said.

“We have also been called one of Mark Cuban’s most successful Shark Tank investments by People and Entrepreneur magazines,” Aarstol said.

“He provides counsel and advice on bigger picture strategy. Mark invested in Tower Paddle Boards because we sold online, direct from manufacturers, and didn’t have the overhead of a retail shop,” Aarstol said.

“It was Mark’s suggestion that we start making custom boards and we’re just starting to ramp that up,” Aarstol said.