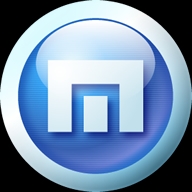 The Maxthon web browser brings several great features to the same platform as Microsoft’s Internet Explorer (IE) and lets users pretend to be from other counties so they can access otherwise restricted sites.

For the past several weeks, Practical eCommerce has been reviewing the leading web browsers, pointing out each one’s strengths and weaknesses. Our reviews have been in response to what we believe is a new, more heated battle for browser supremacy. Google fired the shot of this renewed browser war when it launched the beta version of its Chrome browser in September. These browser battles can and will have an effect on how everyone accesses the Internet and what they expect from the websites or online stores they visit.

The Skinny on Maxthon

Maxthon has its roots in China where the majority of its users reside. All told the browser has been downloaded about 170 million times, but Maxthon reports just 12 million regular users—and only about 2 million users outside of China. In spite of its strong Asian user base, Maxthon is really very global browser, supporting more than 20 languages right out of the box. And, perhaps thanks to its egalitarian Chinese designers, Maxthon has a reputation for quickly converting user feedback into new features, options, or corrections. As an example, when users pointed out that Maxthon had a tendency to crash when tabs were closed, its software engineers quickly released an updated version of the software.

The browser is based on the Trident Layout Engine, which is the same engine powering Microsoft’s IE—in fact, the Maxthon browser was originally named MyIE2. Maxthon’s relationship to IE is both a strength and weakness, since it gains the benefits of Microsoft’s improvements but also gets its problems (and is a PC only browser). For example, like IE6 and IE7, Maxthon does not always comply with the World Wide Web Consortium (W3C) standards, so it renders some web pages incorrectly or unexpectedly. The most recent version of Maxthon (2.1.4 when this article was written) had become compatible with the forthcoming IE8 beta2 that does a better job of meeting W3C standards. Like most browsers Maxthon is free.

Maxthon is a Hot-bed of Feature Innovation
Out of the box, Maxthon offers more innovative features than nearly every other browser Practical eCommerce has reviewed. As an example consider how Maxthon handles tabs—allowing users to sort them by site; move them around; copy them; detach them (a trick Chrome copied); give them aliases; or assign them unique keyboard shortcuts. And tabs are one of Maxthon’s minor features. Add to this more than 1,400 add-ons and it is not a surprise that this lesser known browser is garnering a loyal following. 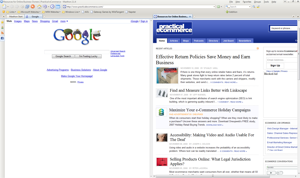 Many sites require users to be from a particular region of the world to access content. For example, U.S. visitors to Hulu.com can watch hundreds of television shows and movies, including the popular Heroes Season 3. But if you browser to Hulu.com from China, you won’t be able to watch anything. Same goes for the BBC’s popular iPlayer that lets you watch some of British television’s best shows, so long as you are using a U.K.-based proxy. Maxthon allows users to preset several proxies and switch between them based on a set of rules, enabling them to browse anonymously anywhere. All told, Maxthon supports HTTP, HTTPS, Socks4, Socks4a, Socks5 and other authenticated proxies.

Maxthon has an awesome, one click feature that allows users to see two tabs in the same window. This “split view” makes it easy to transfer information from one tab to another or work with two web applications at once. You can even open multiple tabs in each half of the window and drag tabs from one half to the other. 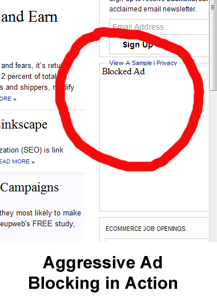 Maxthon’s Ad Hunter is perhaps the most aggressive ad blocking tool offered on an browser, nullifying any images or copy that has even the slightest bit of marketing intent. In fact, this feature might be a little too aggressive as it eliminated some site navigation.

Maxthon is a very good browser full of rich features (including many we did not mention here). It is especially good for users who often switch proxies or need the split view feature. But its relationship with IE and the associated compliance problems keep it from being our favorite.