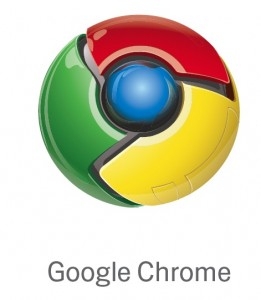 When Google introduced its Chrome browser on September 2, 2008, it began the foundation for an improved Internet experience—full of rich web applications—and launched the next round of commercial combat with chief rival Microsoft.
If Google is going to compete against Microsoft for a share of the applications (think Google Docs versus Microsoft Office) and operating systems (Android versus Windows CE) business, it needs to bring the fight to more friendly territory. Google is king of the Internet, and Chrome helps bring more applications to the web.

For years Microsoft’s Internet Explorer (IE) and Mozilla’s Firefox (which Google helped to fund) have dominated the web browser market, together accounting for nearly 90 percent of all browser use worldwide. But Chrome is a game changer and the first real attack in a new, more heated browser war. With fresh skirmishes underway, Practical eCommerce began a series of browser reviews. In recent weeks, we pointed out problems with IE, caused a stir over Apple’s under-performing Safari, and declared Mozilla Firefox the best browser available today. Now it’s time to add Chrome to our list of reviewed web browsers.

Chrome: A Vehicle for Applications

The folks at InformationWeek magazine wrote that Google’s “future is directly tied to the continued proliferation of web apps, which require improvements in browsers at a faster pace than the nonprofit Mozilla Foundation can afford, or that Microsoft, with its stake in licensed software, shows an interest in driving.”

Increasingly, Google and many other web-centric companies want surfers to use the web—not their desktop—to create documents, manage their finances (think of the very cool Mint.com), or even update their to-do list (the useful Rememberthemilk.com, for example). Many of these web applications require JavaScript and Flash or use asynchronous JavaScript and XML (AJAX)—all of which can put a load on a web browser. And it is in the area of web apps that Chrome shines, quickly and easily loading JavaScript-laden pages. It is not hard to imagine that in the future folks will use mobile Internet devices much smaller than a laptop and running an inexpensive processor like Texas Instrument’s OMAP 3 to compose business documents, create presentations, or update spreadsheets with web apps running on distant servers.

To further support web applications, Chrome’s tabs each represent a separate instance of the browser, so if for some reason Salesforce.com is hung up in one tab, you shouldn’t experience any trouble at all with the Google Docs file running in the next tab. And, if Chrome should crash, you’ll only lose the particular tab that was locked up, not the innocent web pages in other Chrome tabs.

Finally, Chrome has an application shortcut feature that, once set up, will take you directly to your most used or favorite web applications. You can even use some applications when your offline.

Is it a Tab or a Window

One of Chrome’s best features is that each tab represents a unique instance of the browser. Imagine you’re working on a new marketing plan for your store in Google Docs. You need to reference some data from a couple of web sites. In most browsers, you’ll have to click back and forth between browser tabs confirming and reconfirming the data as you include it in your plan. But in Chrome you can simply grab a tab and pull it out into its own window. So you can look at two or more web pages all at once, easily transferring information back to your marketing plan. When you are done comparing, just grab the window and toss it back onto the tab bar, it will fall right back in line as if nothing ever happened.

Web browsers keep track of every web site a user visits and a user’s computer often stores other web “traces” like cookies on the hard drive. Normally this web history is a feature, allowing users to go back to web pages they visited in the near past. But if a computer is shared, browser history makes it easy for one user to check and see where another user has been surfing. Not so with Chrome.

Is Google Spying on You?

In spite of this incognito mode, Chrome is more dependent on browser history than most other web browsers, and unless the user opts out, Chrome shares at least a portion of that browser history or behavior with the corporate mother-ship for the purpose of “improving” the browser’s performance. (Microsoft does similar things with its software). Google has taken pains to dispel the idea that Chrome is spying, but it does seem like a user’s Internet behavior is being tracked, recorded, and analyzed. To be fair, Google suffered from similar criticism when it launched Gmail and Google Analytics.

Chrome’s security is on par with Mozilla’s Firefox and superior to Apple’s Safari. Like Firefox, Chrome will even warn you before you click through to a potentially dangerous web page.

Chrome makes the web page the star. It gives more real estate to the pages it displays than any other major browser. In fact, Chrome’s tabs-on-top design fits the address/search bar, the tabs, and all of the buttons in less space than Firefox’s Awesome bar and menu. 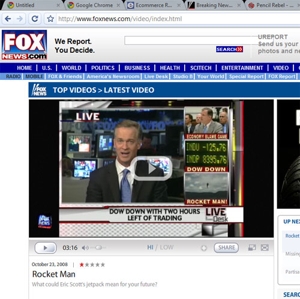 Chrome is Still A Beta

In spite of all the browser goodness mentioned above, Chrome is still clearly a beta version. It crashes far more often than Firefox or even IE7, can load pages in a herky, jerky fashion, and doesn’t always render pages well. In our testing, Chrome broke the search tool when loading Foxnews.com’s video page, layering it under text, while both Firefox, IE7, and IE6 rendered this element properly.

Plug-ins Are Still a Must

As good as Chrome is, it does not offer all of the features that are possible with plug-in friendly browsers like Firefox and Maxthon.

Recommendation: Consider Chrome for Your Next Browser

When we reviewed Mozilla’s Firefox we told you that Firefox is the best browser available now. But Chrome is Firefox’s closest competitor, and Chrome is getting better each day. When we reviewed Firefox, Chrome was still not working or playing well with Flash—CNN.com could give it fits for example— but now the browser loads pages like Pencilrebel.com with ease. Once Chrome works through rendering issues and Google deals with spying rumors, it could be the best of the next generation of web browsers.

Editor’s Note: In the next few weeks, Practical eCommerce will review Camino, Maxthon, Opera, and the forthcoming IE8.