In part I of this series we looked at why the use of open-source software is now gaining momentum. Here, we take a look at some of the most-recognized open-source alternatives to Microsoft Office 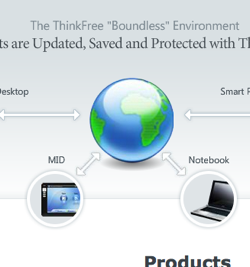 KOffice is one “light” answer to Microsoft Office from KDE, a Minneapolis-hatched open-source software community. With KOffice, “the main benefit is that it’s incredibly light weight,” says KDE spokesperson Wade Olson. “It takes up less space, starts faster, may respond faster, and it integrates with—benefits from the—KDE desktop.”
“We have applications that typically match up with Microsoft Office and Open Office as expected, with Excel and Word expectations,” Olson says. “With ours, we also bind in Krita, which is along the lines of a light-weight Adobe PhotoShop.” In July 2008, KDE 4.1 was released. In January 2009, we’ll have KDE 4.2. KOffice, because of its size, has its own release schedule. A “big, big release called KOffice 2.0,” Olson says, “will be out within the next six months.”

Meanwhile, there are piecemeal programs specific to word processing, spreadsheets and desktop publishing that—thanks to a new Open Document Format plug-in—are viewable from any computer with or without the software that created it. There’s a regularly updated list at Opendocumentfellowship.com..

The next category of software is those Office suites that are just as memory-heavy as Microsoft’s. The free suite available from Sun Microsystems, called Open Office, and StarOffice,a commercial version of Open Office, both take up just about as much file space as Microsoft Office. However, downloaded open-source suites such as these come at a much lower price-point.

“I’ve installed Open Office a number of times, and the people that I know of that have used it have been pretty happy,” says Evan Morrison, owner of MyTechPDX.com, a Portland, Ore.-based computer consultancy. “It’s fully compatible with Microsoft Office, but doesn’t include any kind of contact management software like Outlook. It does have a writing program, an Excel-like spreadsheet, a PowerPoint alternative and a drawing alternative.”
Open Office works with both Mac and PC, with built-in, one-click PDF export capability.

StarOffice from Sun Microsystems, even advertises itself as the “affordable alternative to Microsoft Office.” At $69.95, and volume pricing for businesses, StarOffice 8 can read, edit and save MS Office files. It comes with its own word processing software, Writer, which integrates multimedia support; its own spreadsheet software, Calc, which integrates the ability for website visitors to perform “what if” calculations directly from an ecommerce site or blog using the spreadsheet’s original calculation formulas. It also has its own presentation software, Impress, with 150 animation effects and integrated spreadsheet functions, and its own Draw graphics and Base database programs. PDF export is available in all applications.

Within this category you’ll find Google Docs (free) and ThinkFree Office 3 ($49.95). These are accessed and saved online, viewable and editable from any computer by anyone given access (changes are shared in real time). Files are stored “securely” online. Files also can be imported to or uploaded from a desktop or saved in browser settings until the next time the user goes online.
For example, each feature in ThinkFree’s Office suite–Write, Calc and Show–was designed for compatibility with Microsoft Office. It works online and syncs to a free 1GB storage account that comes with the ThinkFree suite. Files can be converted to Adobe PDF without additional software, with compatibility for Mac, Linux and Windows platforms. Note that documents can be created online or uploaded from a desktop, ideal for those who commute, travel or share computers.

Meanwhile, Google Docs offers its own Documents, Spreadsheets and Presentations programs. Like ThinkFree, users can disconnect from the Internet without disconnecting from their work. In Google Docs there’s also an on-screen chat window for spreadsheets.

“The good thing about most open-source software is that it’s free, comes today with the graphic interfaces we’re used to, and can easily be streamlined to include just the functionality you want,” says Jacob Fain, at FreeGeek.org (“I’m the free part of free geek,” Fain says). Free Geek is a 501(c)(3) not-for-profit community organization that recycles “used technology” to provide computers, education, Internet access and job skills training to those in need.

“If you want something different for your system, you just have to go look for it—and download it,” Fain says. “It’s easier to find the software that’s on [your computer]. It’s easier to find the documents you’re looking for and add software. You can categorize your documents and create your own specific sets of file systems as opposed to generic settings that come out of the box with standard operating systems.”

In the end, each of the above Office alternatives are, “built entirely from scratch,” Olson at KDE says about open-source software’s’ direct competition to Microsoft. “Whether patents are or are not held, at some point it gets to …would there be a backlash against someone owning 95 percent of the market share?”